I’ve been living in Orlando forever, you guys. I’ve lived in this city as a single lady, a married lady and as a married lady with babies. I’ve spent so much time crafting my professional career, meeting lifelong friends and giving my children with the life they need and deserve and through all of that, I’ve just discovered something…

I DON’T GET OUT MUCH!

I mean, seriously…how have I never been to Cirque du Soliel La Nouba? I’m all in my feels over it because just like that on December 31, 2017, the last showing of La Nouba will take place. That’s right, the show is leaving Disney Springs. I’m so sad about it.

I was invited to check out the show for the first (but not the last time, I plan to take EB!) time and I brought two of my favorite gal pals to roll with me.

We didn’t know what to expect. I’ve heard nothing but good things about La Nouba but as far as details on acts, music or the overall experience? I knew nada.

I tell you what – I wasn’t able to take pictures or video (the blogger in me was dying a little, y’all) and even though I can confidently write about things like the Sephora at Disney Springs, writing about La Nouba is SO tricky. It’s hard to explain because it was just…that dynamic.

How can you put into words how music, lights, acrobatics and heart pounding acts make you feel? It’s as if you have to see these kind of things to “get it”, you know? You’ll want to add La Nouba to your List of Things To Do Before 2017 Ends. And here’s why…

I know, I know….incredibly cheesy of me but it’s really hard to pick a favorite act. Was it the B-Boys spinning on their heads? 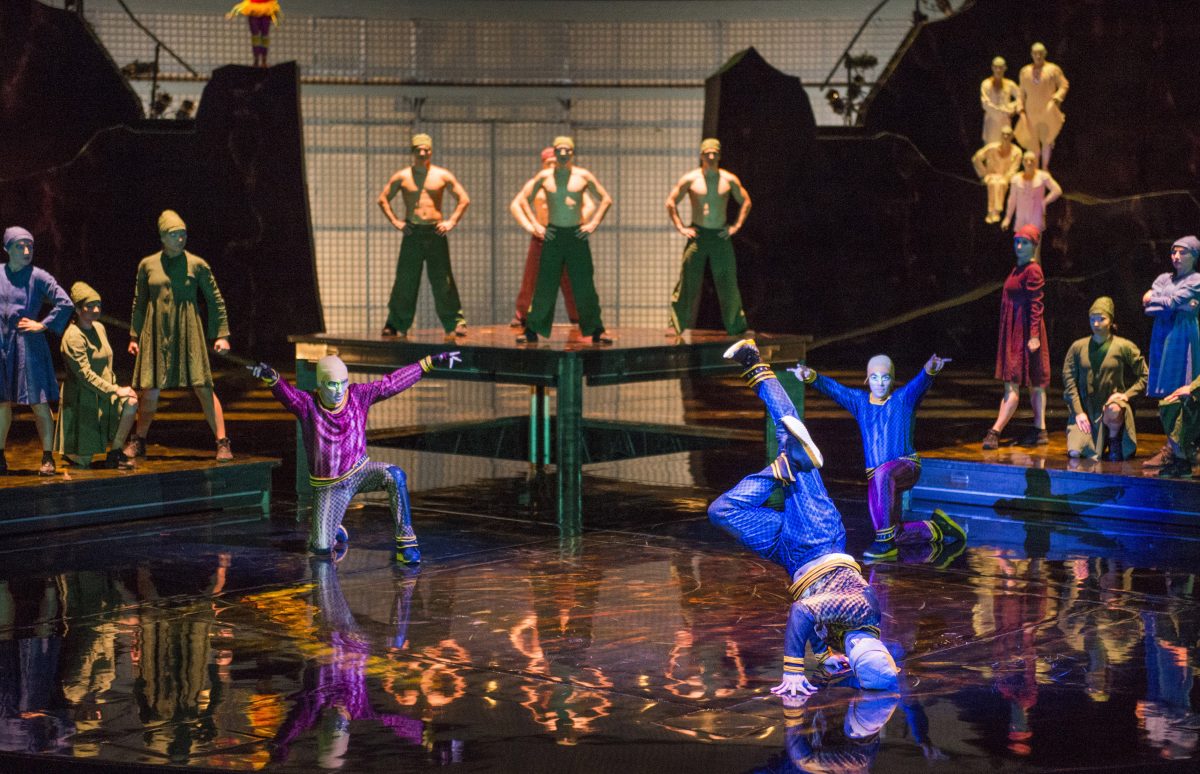 Or the aerial bamboo artists? Because seriously? How does this man hold the weight of his partner with his teeth? 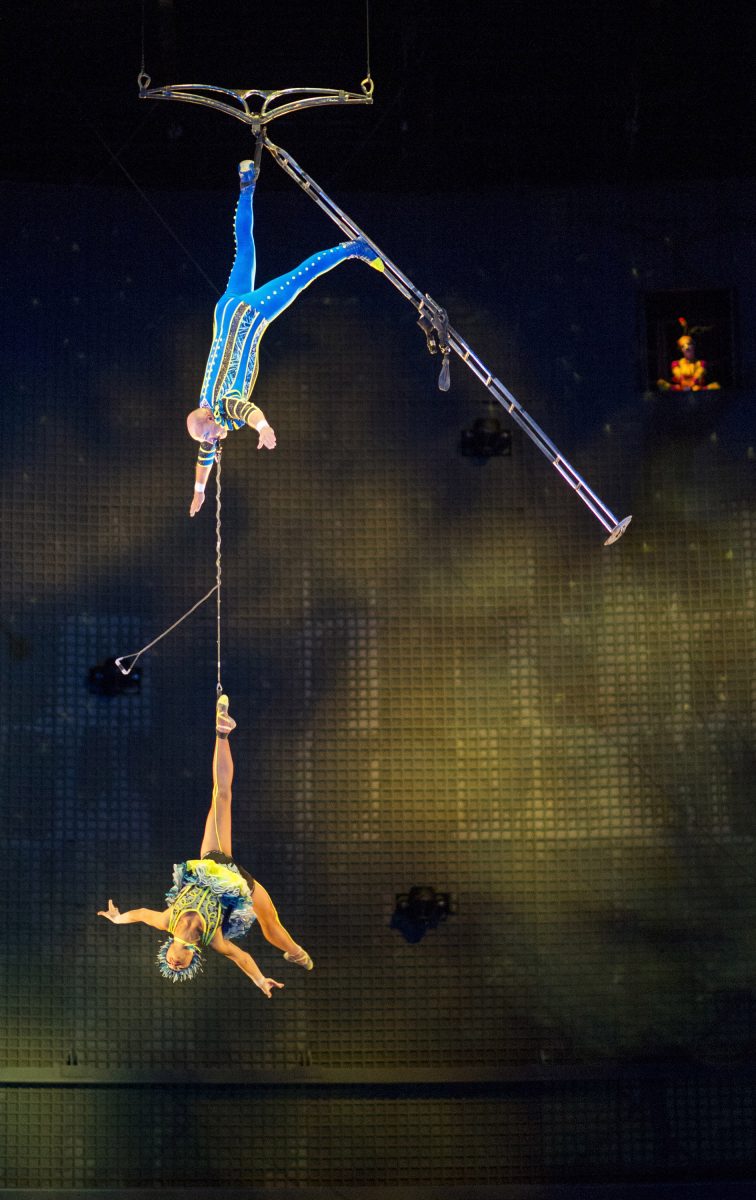 Or what about the trapeze artists who kept my mouth open the entire time they were flipping and flying in the air?

The tumblers? Because, after all…I am a gym mom and spent most of my time defining their flips in my head.

The live music and singing

If music lives within you, drives you, inspires you and makes you want to dance or shout, La Nouba won’t disappoint. I have no idea how I was able to hear everything from the violins to the big drums at the SAME time (Disney magic, perhaps?) but I could and was incredibly impressed. Also, the songstress? Can she just sing me a lullaby every night? Her music voice was melodious and powerful at the very same time.

Clowns are there – but they aren’t creepy

I mean, come on. This is Disney we’re talking about. The clowns were actually really funny and an integral part of the show that, I think, kids of all ages will really enjoy. We heard non-stop laughing from the audience every time they hit the stage.

Not sure how I’ll be able to forgive myself for not attending La Nouba until just now, but trust me on this, if you’ve got a trip to Disney in the plans, you need to add La Nouba to your plans. The last show is on December 31, 2107 and while I’m excited to see what Disney is bringing us next, I’m going to be really sad to see the show take its final bow.

There is still sooooooo much to do at Disney Springs. After La Nouba, you can check this out.

FTC Disclosure: My friends and I received press passes to attend Cirque du Soliel La Nouba. All thoughts and opinions are my own.