Yo. So I am all over running races. It is just a wee bit of an addiction. I’ve gone as far as to run 2 races in a weekend and sign myself up for races that aren’t for months and months. I figure this “get fit” thing has to be some kind of fun and so doing races is my way of enjoying it. Kinda. 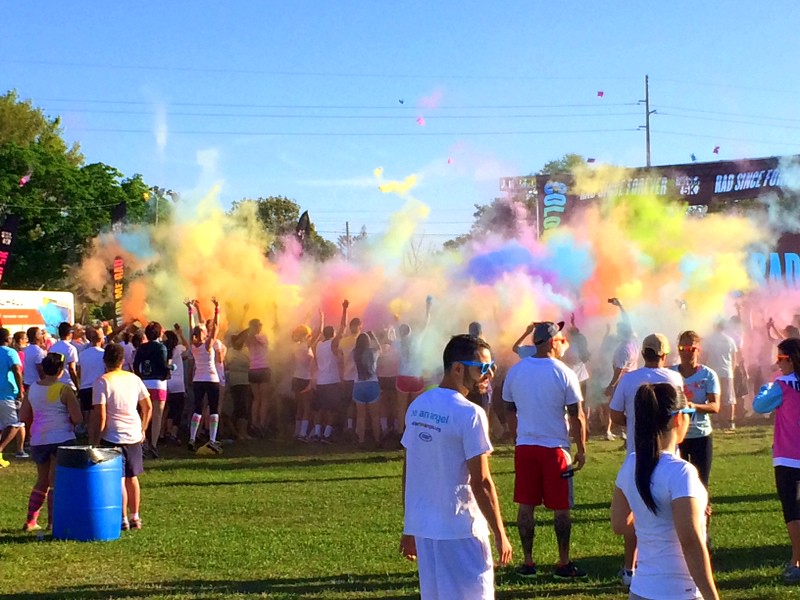 When I was offered the opportunity to score a pass for the Color Me Rad run here in Orlando on March 30th, I jumped at it. Because…obviously. A fun 5K that involves a ton of rainbow dust, loud music and doesn’t involve a huge clock that will track my time? DONE! 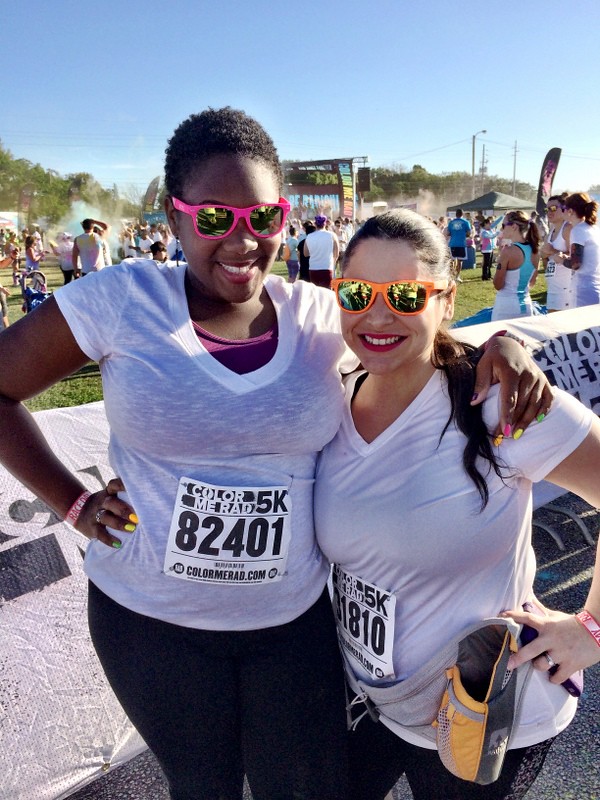 By the way…I took all of these pictures with my iPhone. If they look a bit gritty, don’t judge a sista, ok?

There are many color runs that are held in cities nationwide and since this is my first one, I can’t compare Color Me Rad to any other run. What I can do is give you fellow runners and non-runners an idea if this is the kind of race for you. 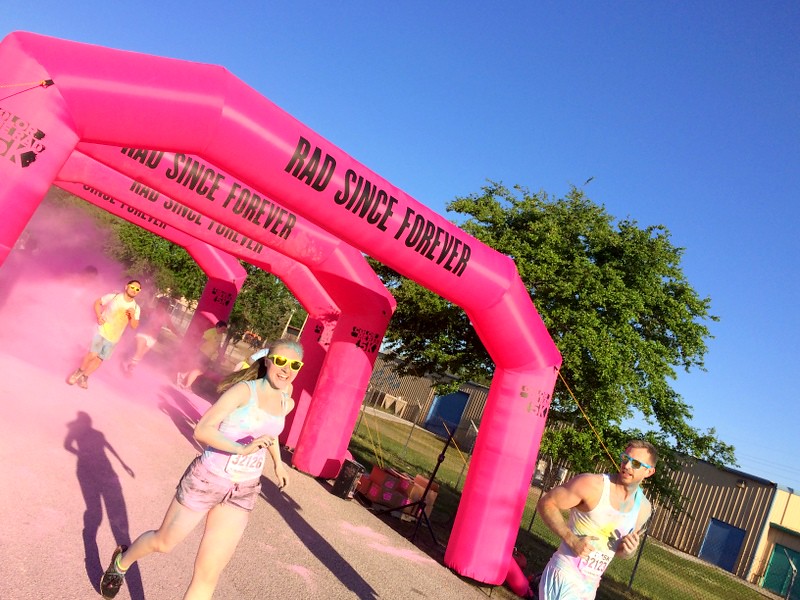 The short answer is YES! For $50, those that register for this race get a race bib, t-shit (and a VERY cool t-shirt, at that), RAD tattoo, sunglasses and a sticker. More than anything, though, you’re paying for the experience and had this race been around when I was in elementary, middle or high school, I would have sooooo tried to convince my parents to let me run. I would have also done it with my college girlfriends and boyfriends. That’s just it. This race is so much fun at all ages and I think many non-athletes will appreciate how carefree and FUN it is. In fact, many people didn’t run at all. They casually walked with friends and chatted. 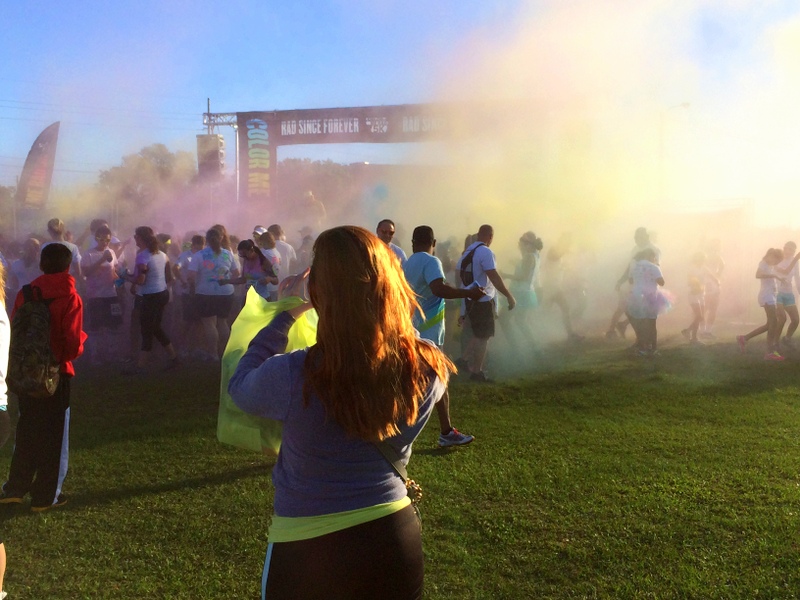 So, let’s get down to the details. What to expect at Color Me Rad… 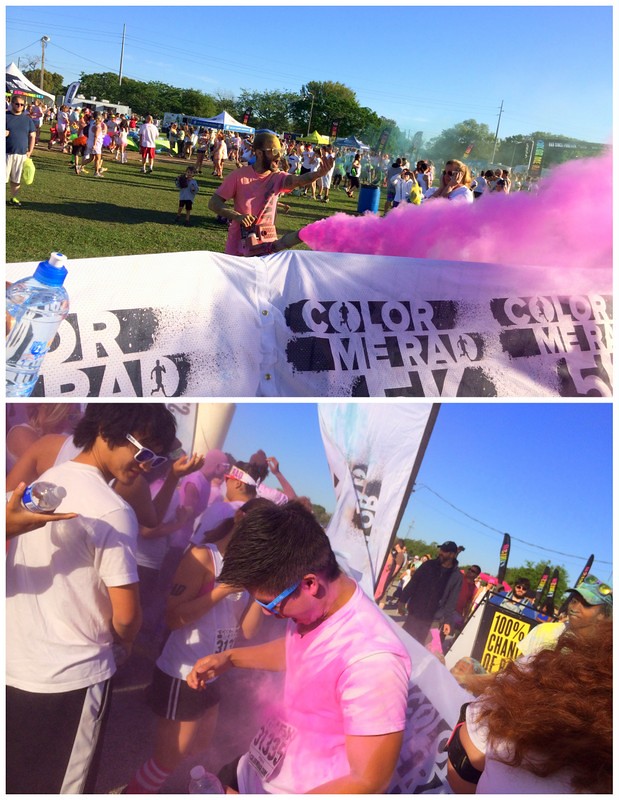 You get to chattin’ with strangers and watchin’ them toss color bombs all over each other. It’s good time to be had and this is all before the race even starts. Unlike many races, Color Me Rad is NOT timed. I love this idea. I tend to be pretty competitive but I love not having to worry about meeting my personal record. I ran with a gal pal who keeps me motivated and so we did run but it was great not having to worry about beating a certain time. 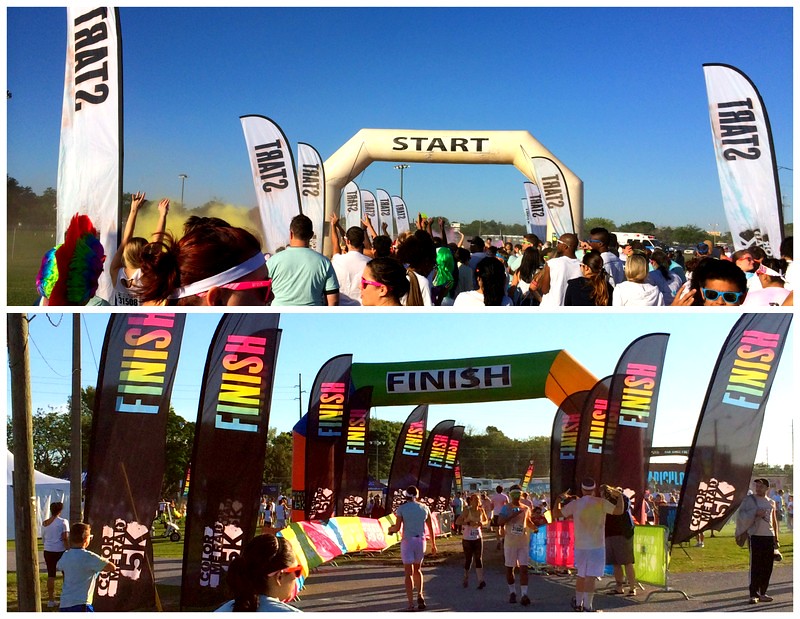 Every half of a mile or so Color Me Rad has a color station set up that blast with you different colors of colored cornstarch or colored water. I am clearly a 7-year old trapped in a 29-year old’s body because I loved this part. 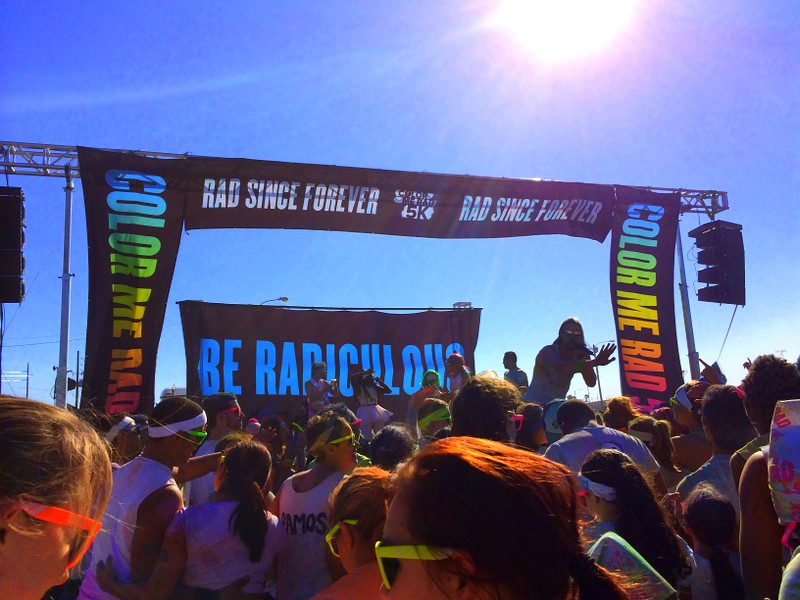 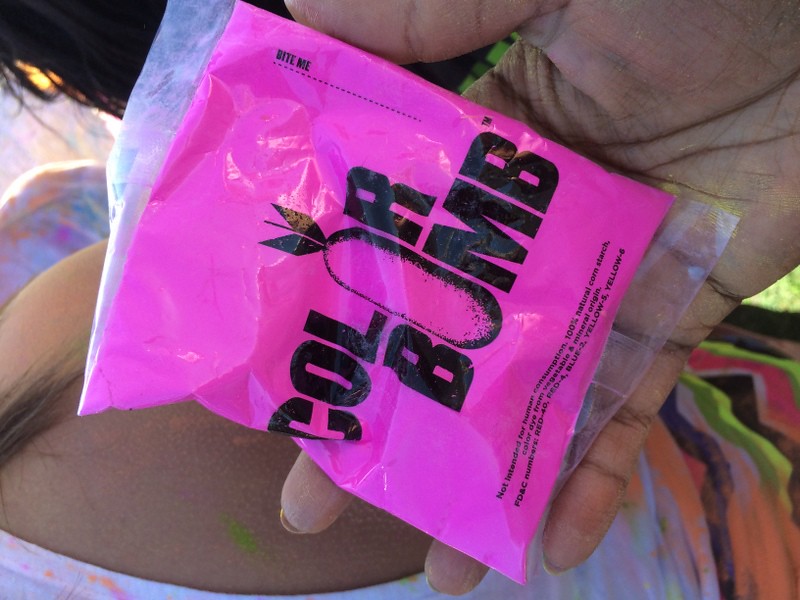 And at the end of each wave (and several times during), at a stage an MC will pass out color bombs to every one, a countdown begins and folx toss the bombs all over the air. Best.time.ever. It has been forever since I’ve bounced up and down with my hands in the air begging for free t-shirt. But it was a fantastic time. And I would so do it again. 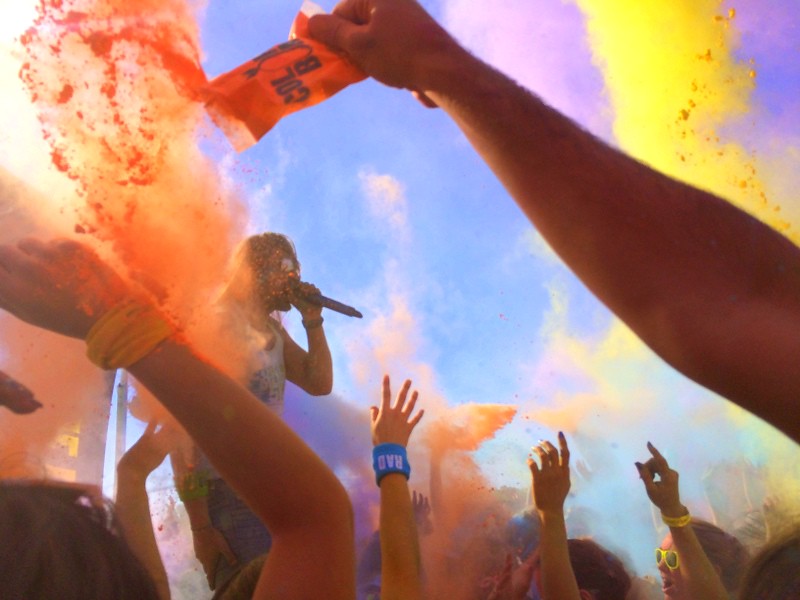 Pros:
-When registering, you save money by signing up as a team.
-Color Me Rad is ALL kinds of high energy. Lots of music and lots of excitement.
-Registration at the event was super easy.
-Parking was well laid out (this may vary at different locations).
-The post-run party is a lot of fun with the chance to score a ton of freebies.
-Staff was helpful and plentiful.
-Bottles of water and snacks greet you at the Finish line.
-The colored cornstarch removes easily from skin, clothes and hair.

Cons:
-The race wasn’t mapped out so well. We got lost around certain parts.
-We didn’t receive our post-run color bomb.
-There aren’t any medals.
-The course was far less than 5K. In fact, I tracked it on my GPS and it was only 2.60 miles. 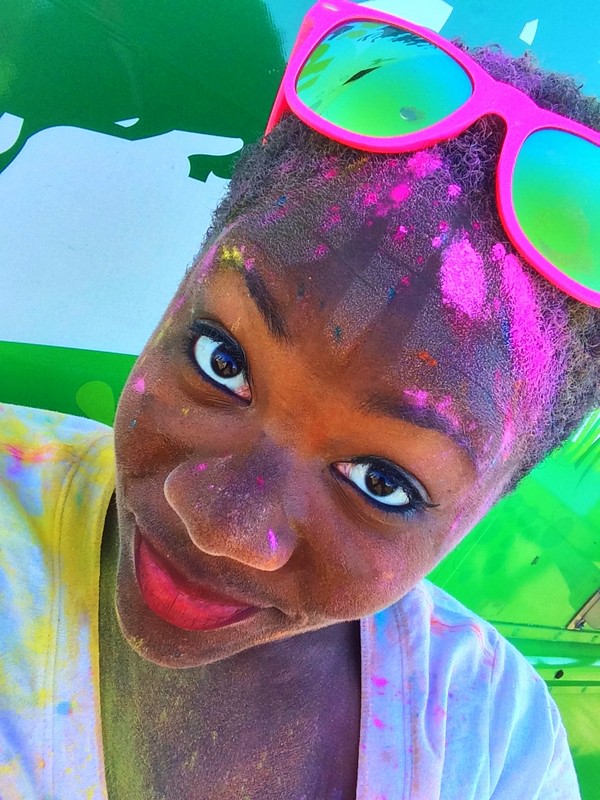 But hey, you know what? The cons are practically forgettable as I think anyone that participates in this race will have an amazing time. They will be at a ton of locations in the U.S. Sign up today!

Disclaimer: I received a press pass for this event but all opinions are my own.