I’m still on some kind of post-movie high from seeing Incredibles 2. I knew I would be. There’s something special about not only seeing a movie before most of the world tosses their opinions on it, but also getting the chance to meet the cast (or…voices) behind the characters is pretty…well, it’s cool. Sitting down with Craig T. Nelson and Holly Hunter was definitely a highlight of this experience. Their energy was light, playful and had me wanting to watch the movie all over again. What a dynamic duo they were to interview together. 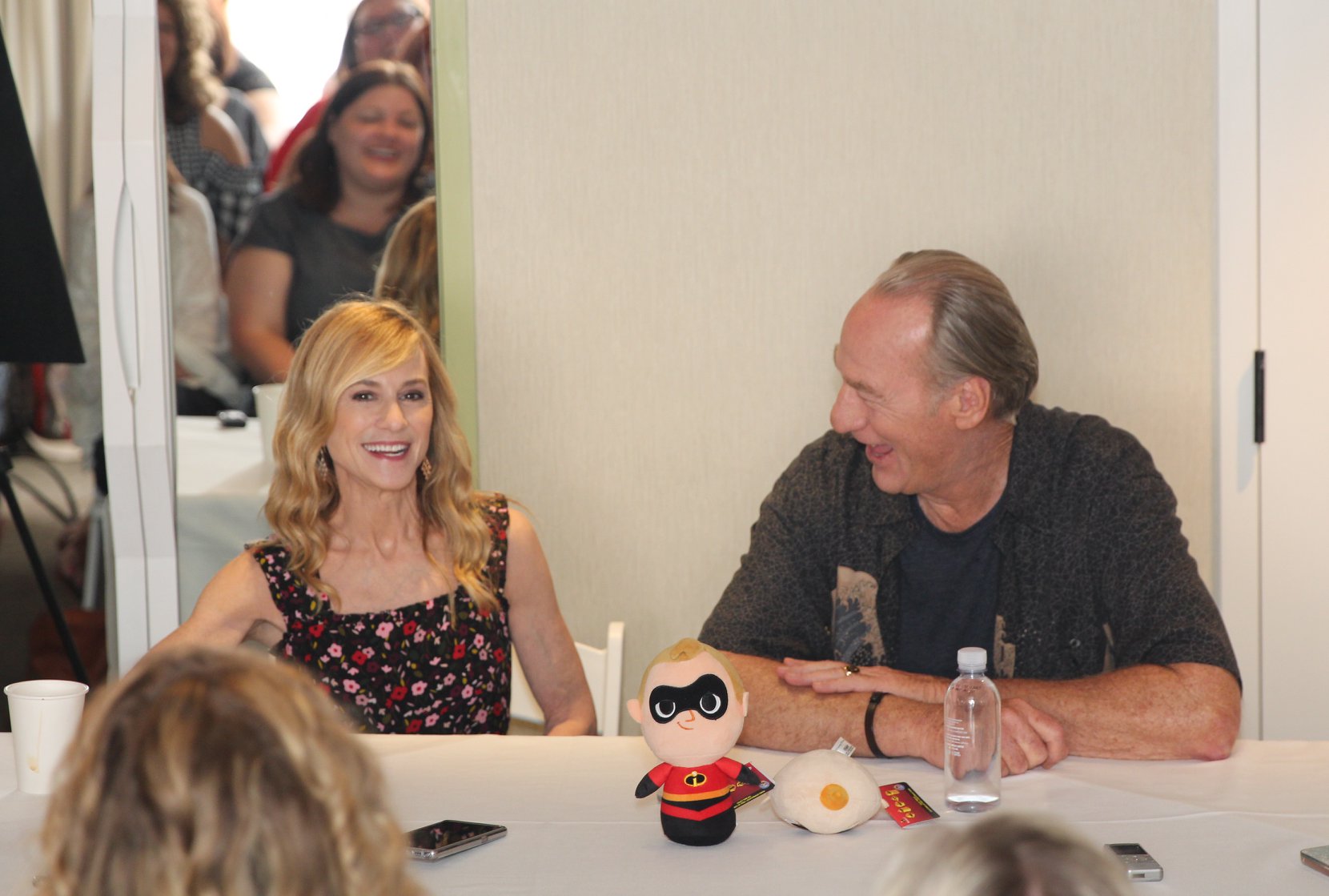 On stepping back into the Incredibles suit…

And though their smiling faces and stellar performances in the film may give the appearance that they slid back into action 14 years later without any worries, Craig clued us on.

Craig: I wasn’t sure if I could do it vocally, you know? Because I’d been doing Parenthood and Zeek had a different quality- a different vocal quality. That meant I was- kind of the trepidation nerve for me and anxiety. We never saw the script. Brad kind of laid out the idea which was great, you know? It sounded like it was gonna be fun.

Holly: I thought that it was quite amusing that the movie would pick out literally, like, fifteen seconds after the first movie. That was just so funny to me and completely an impossible thing to do in regular film. The ability of animation to do that was just so delightful.

Mamas work out of the house sometimes, too.

I was sooooo dang excited when I saw the trailer and saw that Elastigirl was getting the chance to shine as head superhero in charge. Talk about major girl power! As a mom who has always worked and mostly worked out of the house, this is the kind of viewpoint I want my children to see. It was great to see how Craig and Holly enjoyed the role reversals.

Holly: It is a great thing, especially it’s a great thing for kids to see this movie. Not just little girls but boys, too. It’s great for everybody to see what men and women are capable of. That men are capable of being fantastic, nurturing parents. And we all know this. I mean this is not new for us, but it’s still great to see this exploration both for our characters. And it’s fantastic and delightful to see Elastigirl living up to this gift that she has without any apology. She just is losing herself in it, which is a beautiful thing. I think also for mothers, it’s great for a mother to be able to be fully engaged in something that has nothing to do with parenting, and I think that that’s difficult for all of us to actually give ourselves license to just go that deeply.

The Genius that is Director and Writer Brad Bird

Several times during our interviews, the cast discussed how dope Brad is. You can truly tell how much they trusted him and actual magic was made by this icon. In fact, many of the actors didn’t even meet during the production of this film. How cool is that?

Holly: This is the gift of Brad Bird. This is what Brad can do that’s so phenomenal. We do have chemistry. When Brad cast the Incredibles, the original one, he didn’t go down a list of actors and actress who were like the hot names of that moment. He had in mind these…the sound of the movie; the sound of the characters together. Brad had chemistry in mind that was audio, because that’s the kind of guy that he is; that’s the kind of artist that he is. So Craig and I never met each other until about nine months ago. 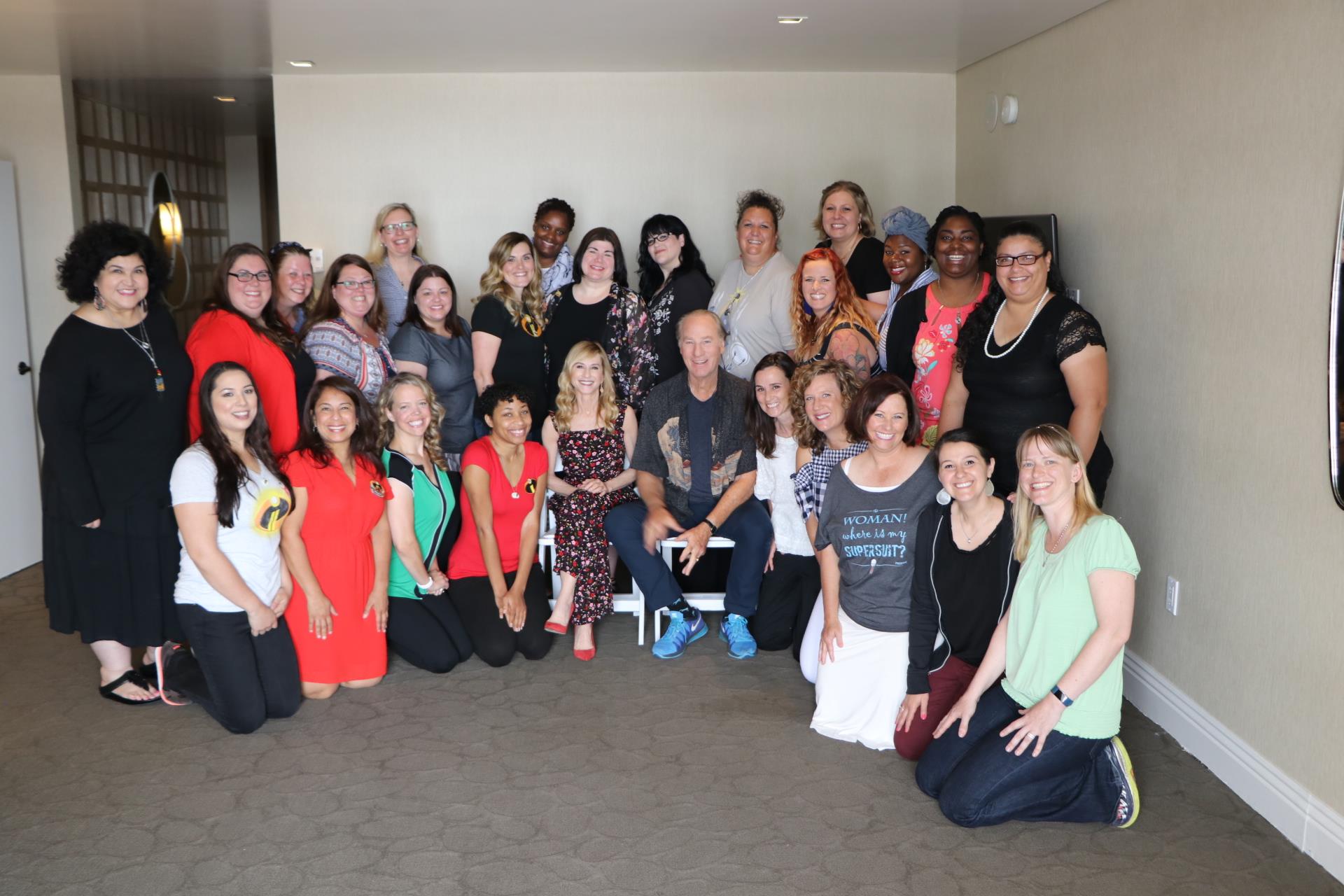 « Disneyland, Pixar Fest And Alien Macarons
The Story of How I Made Samuel L. Jackson Laugh #Incredibles2Event »