To be honest, I’m still in my feelings over the 8-minute short that was Bao. My goodness, I have never had a featurette not only draw me in so quickly but also get me in my feels so quickly. Getting the opportunity to sit down with the Bao Director and Producer was quite the experience. 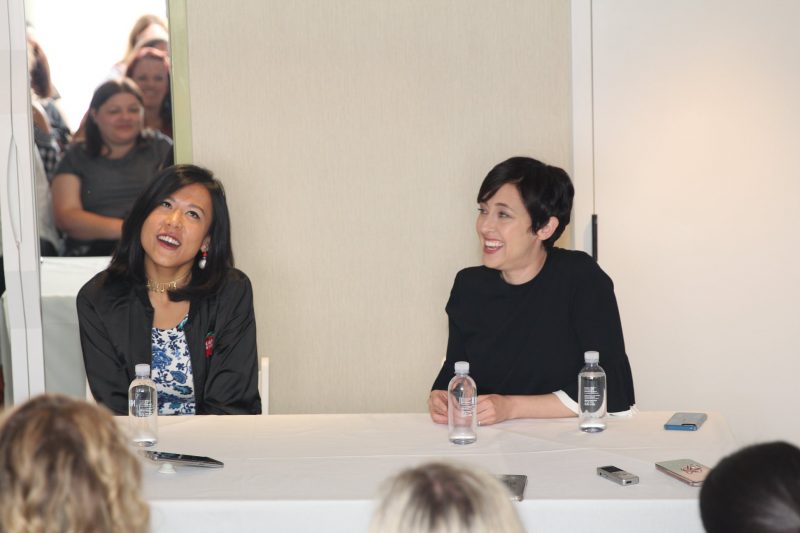 Listen, I know a lot of us like to cut it close when it comes to seeing the premiere of movies. Do yourself a favor and get to see Incredibles 2 early. You will not want to miss Bao. I don’t want to give everything away but if you’re a parent, love a parent or know what it’s like to be raised by a parent, this film will evoke something in you. Trust me on this. And don’t worry, you can enjoy these interview bits without worrying about spoilers.

I can’t promise that you won’t be craving bao, though.

Domee Shi not only rocked our hearts with Bao but she also became the first woman at Pixar to direct a short film. 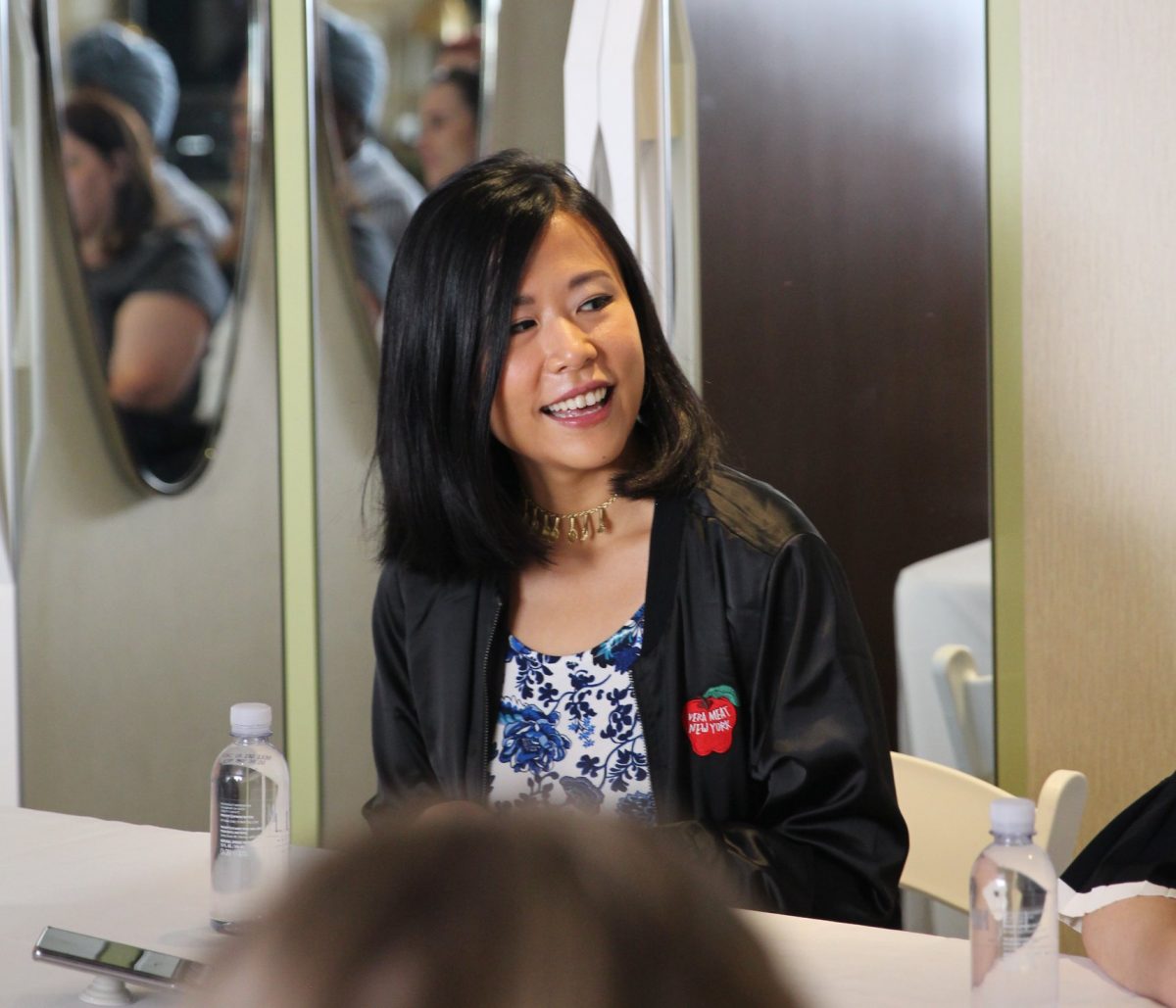 Just how in the world did she come up with the idea?

Domee: Oh, I came up with the idea over four years ago technically. I think it was in my office late one night and I was really hungry. But I really wanted to, one, just like do a modern take on a classic fairytale like The Little Gingerbread Man but with a Chinese dumpling. And actually, I was like just doodling in this image of this mom nuzzling her little baby boy dumpling to death. It just popped into my head. I had to draw it out, and as I was drawing I started developing this story. I was also drawing a lot of inspiration from my own life growing up. I’m an only child, and ever since I was little I feel like my mom and my dad have always treated me like a precious little dumpling, always making sure that I’m always like safe and never wandered away too far. I want to explore that relationship between this parent and this child and this mom character learning to let go of her little dumpling.

Becky: And fun fact. I’m not sure you all know this, but the title Bao has two meanings. One is steam bun and one is treasure or something precious. 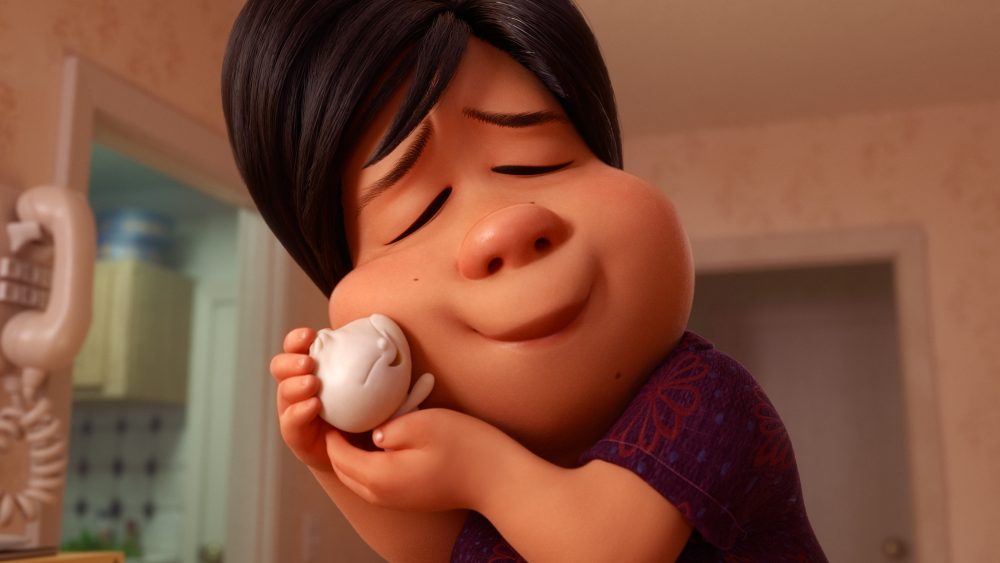 And as someone who is really only familiar with the bao, the meal, I had no idea it had another meaning. How sweet is that? Since this short was loosely based off of Domee’s life and her Mom was actually there to support here during this interview, we just had to get more information on if her mother was involved in any way with the movie.

Domee: She has a creative consultant credit actually. In the short. We brought her in twice to do dumpling-making classes for the whole thing. It was really important for us to get all of those little details right and to get the animators and effects artists like in there studying my mom’s technique of how she folds the dumpling exactly and kneads the dough. 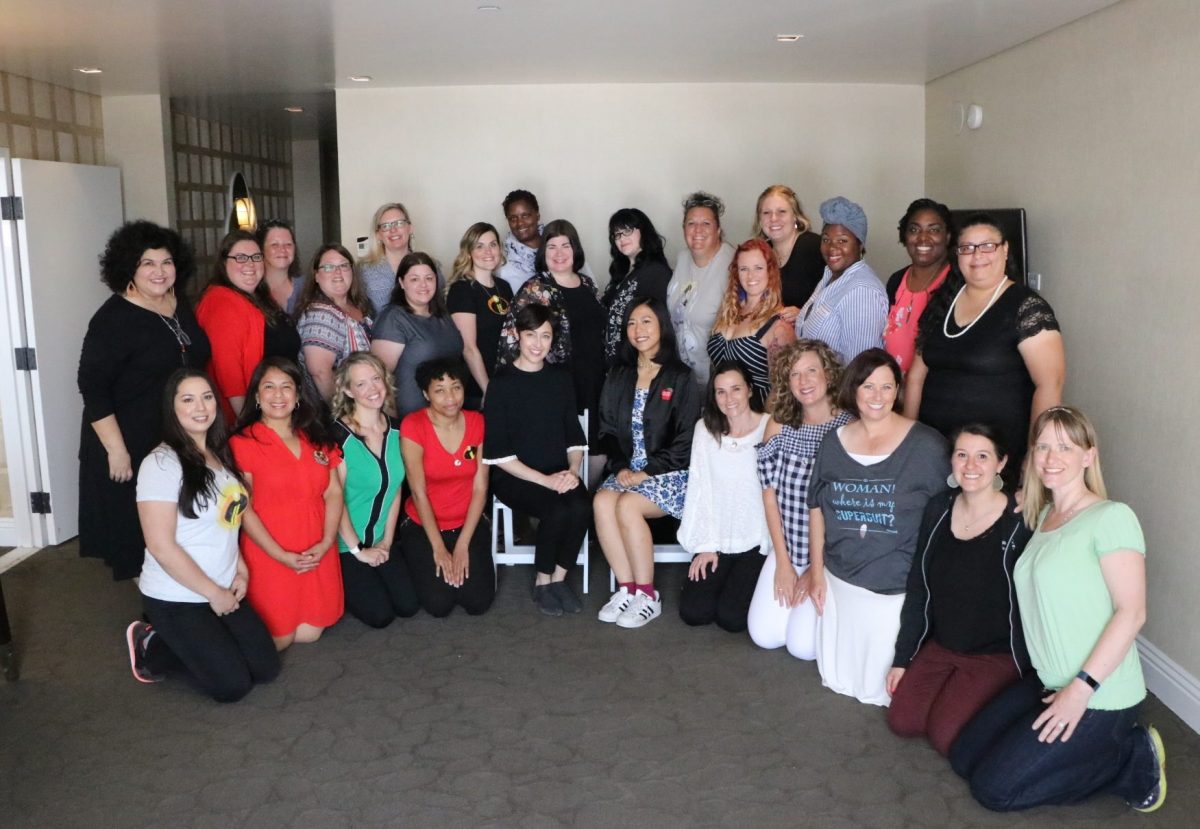 This short is quite literally for EVERYONE

At first glance, it may appear that this film will really resonate with parents but keep watching, everyone will grab something from this short. I love how the concept is something that everyone, at some point, has either dealt with or knows someone who has.

Becky: We have found that it’s a very unique and culturally specific story, but the themes are so universal. And we found that with our crew. You know, anybody who would join would just be like “I am Dumpling. I’m the mom.” I’m the girlfriend. I was the dumpling. I became a mom during the making of this short. And then I related more to the mom. 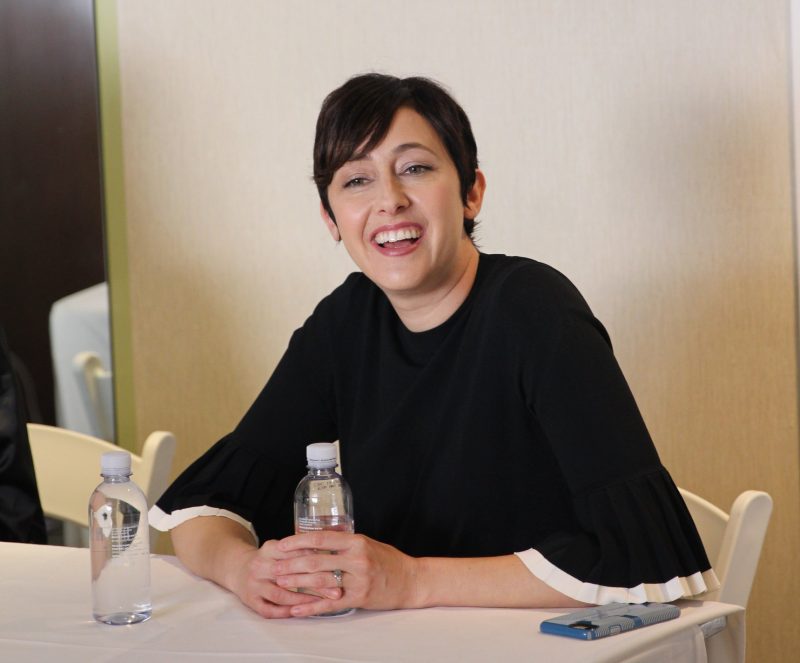 There are no words

After viewing this short, it struck me that…there were no words. Beautifully composed music? Yes. But throughout the entire short, not one word was uttered. It amazed me how despite this, the emotions could be conveyed so beautifully. I was curious to know if there were any challenges with that.

Domee: It was challenging, but I really loved the challenge, ’cause my background is storyboarding. And I just love visual storytelling so much. And so, it was a conscious decision for us to early on like take out the dialogue completely from the whole short so that the story could be understood more universally. Anybody from like any country and any age could understand what was happening. I think animation is such a cool visual medium, too, that I thought it’d be a cool challenge for the team to just push themselves to just tell the story and emotions through the acting and through the set dressing, through the colors.

Bao is iconic and Domee and Becky rock

In addition to becoming the first woman at Pixar to direct a short film, I was thrilled to see Becky produce the film. What an exciting time at Pixar!

Domee: I feel super like honored and humble, but hopefully I’m the first of many female short film directors and feature film directors. It’s been awesome. I was telling Becky like it almost didn’t hit me that I would be like the first, because making the short I was just focused on like finishing it and hoping that people liked it or understood it. And now I can kinda sit back and bask and be like wow. We’re blazing that trail.

When we start on these things, one, we’re not even sure that they’ll green light it. Two, we’re not sure we’ll be able to finish it. So, we’re definitely like the indie wing of Pixar. And so, oftentimes we’ll have to stop production so that artist can go work on those. We had a lotta starts and stops. And then we don’t even know if we’ll be able to be in theaters.

Bao, made it, of course and you’ll be able to catch this sweet short just before Incredibles 2. I can’t wait to hear what you think about it!