Confession: I am not a fan of doing nail art. Not even a little bit. For one thing, doing designs take too long and never last that long. You mean it took me 20 minutes to do ONE nail and these things have the audacity to start chipping in a day? Girl no. It’s enough to make me go crazy. Do I drool over the designs of nail polish bloggers? Yep. All day and everyday. I was inspired by some of those talented girls to do a patriotic nail look. 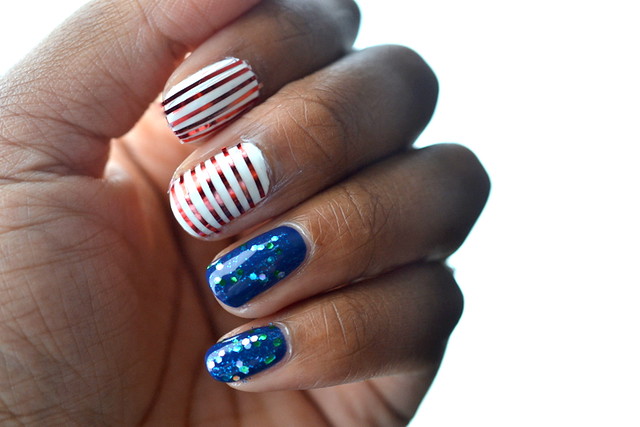 Okay, those nail strips are impressive and all but they don’t lay down for nothin’ in the world. How obnoxious! I’ve seen so many nail bloggers use them to perfection and of course when I try, it looks like a 6-year old did it. Ha! Typical B. Don’t look too hard at the strips. Aaaaand, you can’t tell me that the blue jelly sandwich of nails aren’t some kind of gorge. My nails haven’t been this short in months so I am trying to work with the nubs. 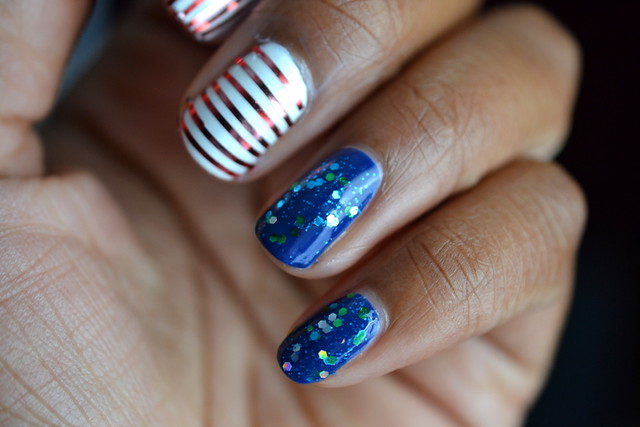 I would love to rock this nail look for the 4th of July festivities however the nail strips are already starting to peel back. And this is after I’ve applied a top coat. Which, by the way, removed some of the red. Haha, I can’t win. I’ll leave the nail art to the pros. Oh…before I go, have you girls tried OPI’s Glitter Off? 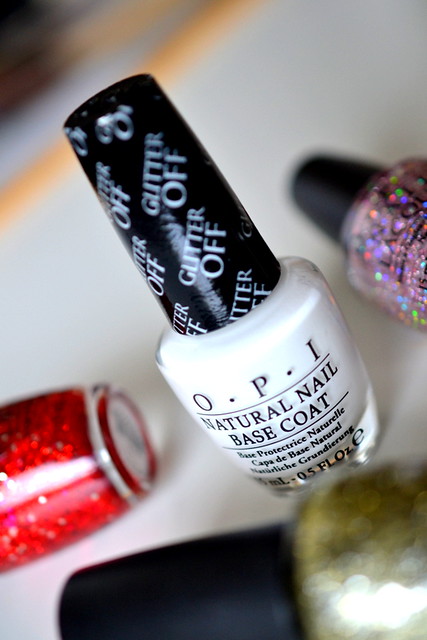 I’m not going to act like they’ve done something so revolutionary because nail girls have been using Elmer’s glue as a base under glitter polishes for yearsssss. Years, y’all. Still. It is nice to have it housed in a nail polish bottle. But yeah, it totally looks like glue. And smells like it, too. It took me back to 2nd grade. Most importantly, it works! Very well, I might add. I love glitter polishes but hardly wear them because of the intense removal process. I will totally rock glitters more often and wear this base coat under it. I purchased it from ULTA for about $9. 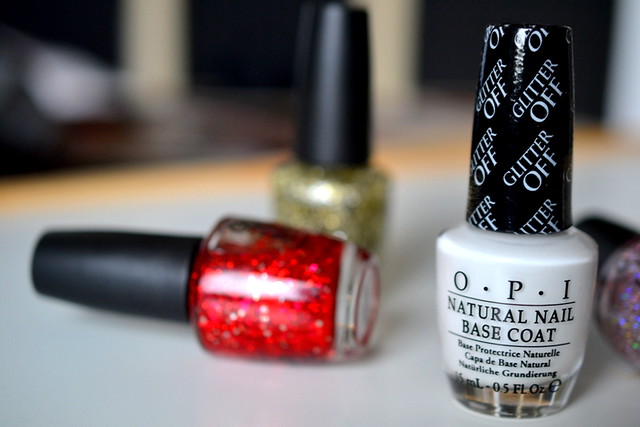 So…are you a nail art doin’ kind of gal or would you rather join me in the “Love to see it but hate to do it” crew?

Check out some of these other sweet shades from OPI, Sally Hansen and Milani…