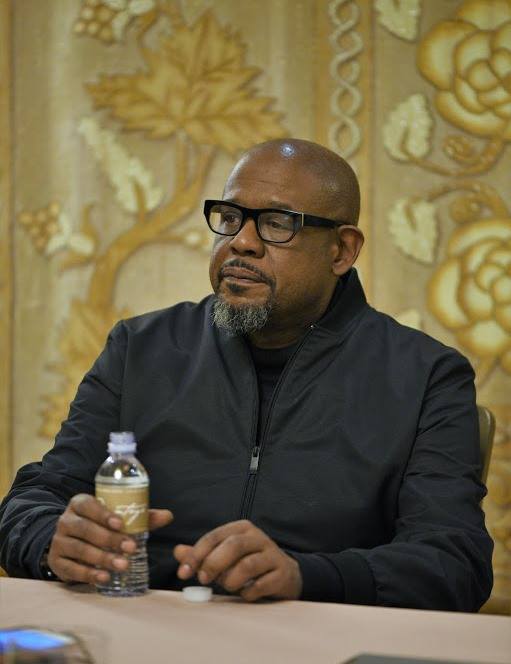 Shout out to Natasha from Houseful of Nicholes for all of these stunning pictures.

What is there to say about Sir Forest Whitaker that hasn’t already been said? He’s a legend. I grew up seeing this man in so many movies and getting the opportunity to sit so close to him and listen to him describe his experience playing Zuri was chilled me to the bone.

No, I’m serious. Mr. Whitaker has a quiet strength about him. I felt so drawn to his spirit and I loved that noticed my dope Wakanda Forever t-shirt. Can I call him my godfather now? Ha! But seriously…I appreciated getting to sit down and listen to him.

On how he felt shooting his first Marvel film

Forest Whitaker:  It was exciting. Because I remember when we were at the Wakanda Falls — it was the  — it’s so overwhelming.  Because it felt like this hundred-foot waterfall was falling all around us.  And this pool of water. It’s a very powerful, powerful experience. But when I did with Chad inside, I really got to the get inside the emotional heart of it, too.  So it’s more complete than a lot of other experiences, in some ways. 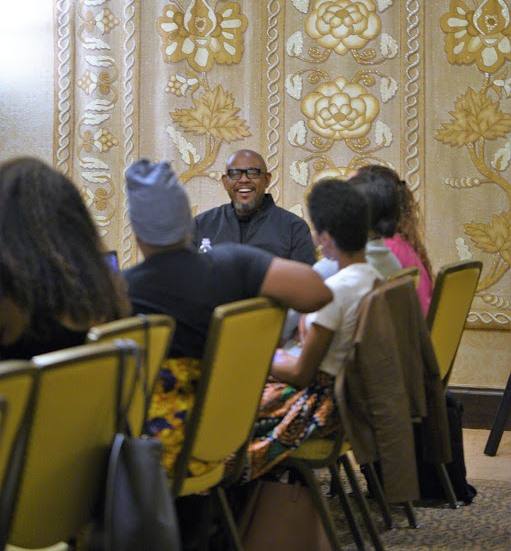 On if finding out his ancestry helped him get into character

Mr. Whitaker recently discovered his ancestry and I couldn’t him but think how timely this was. Did any of these discoveries help him develop Zuri?

On if he could foresee something as big as Black Panther

I was the one that asked Mr. Whitaker this question so being able to share his response with you has me extra giddy. Because Forest Whitaker has been such an iconic actor for decades, I really wanted to know if Black Panther was something he thought he’d ever see in his career. Or…in general!

Forest Whitaker: I think that the expression of it. I didn’t imagine exactly, but I think I imagined it being — having this kind of magnitude.  I think I imagined it that way, not just from the comic book, but when Ryan said he was going to do it, and I had a relationship with Ryan before.  So, I knew him as a filmmaker, and as an artist, and I thought that something really special was going to happen.  I didn’t know what exactly, but I definitely knew something special was going to happen. 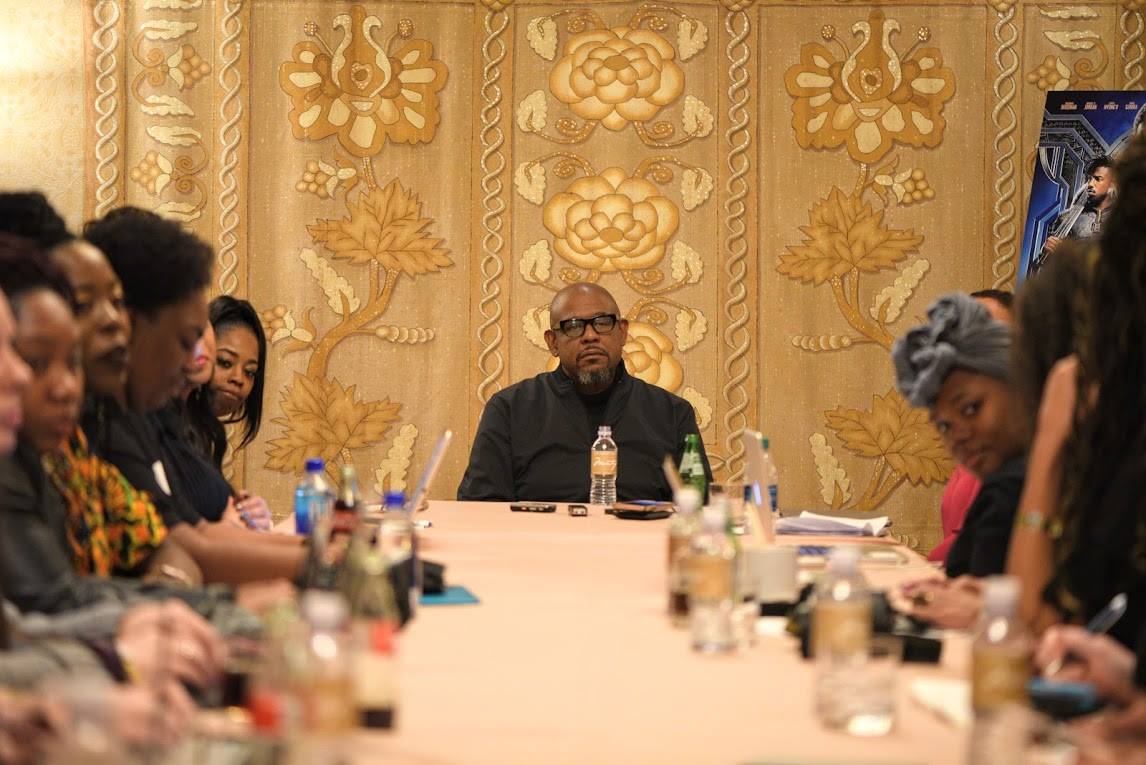 On how he prepares to make magic happen

With such a cool demeanor like his, you have to wonder how Forest Whitaker prepares for his roles

Forest Whitaker: Uh…I guess…I mean, I’m always trying to do all the research.  I mean, it’s kind of similar, you know.  I do the research and I start to study the different people and the things that they do and meet different people and get different voices worked on. And then slowly it just comes together.  I don’t know if there’s a magic formula.  At some point, I can say, the magic formula for me is, at some point, I just surrender, I just like, say, okay, this is your space, and let’s make it happen and do it.  You know, and I believe. 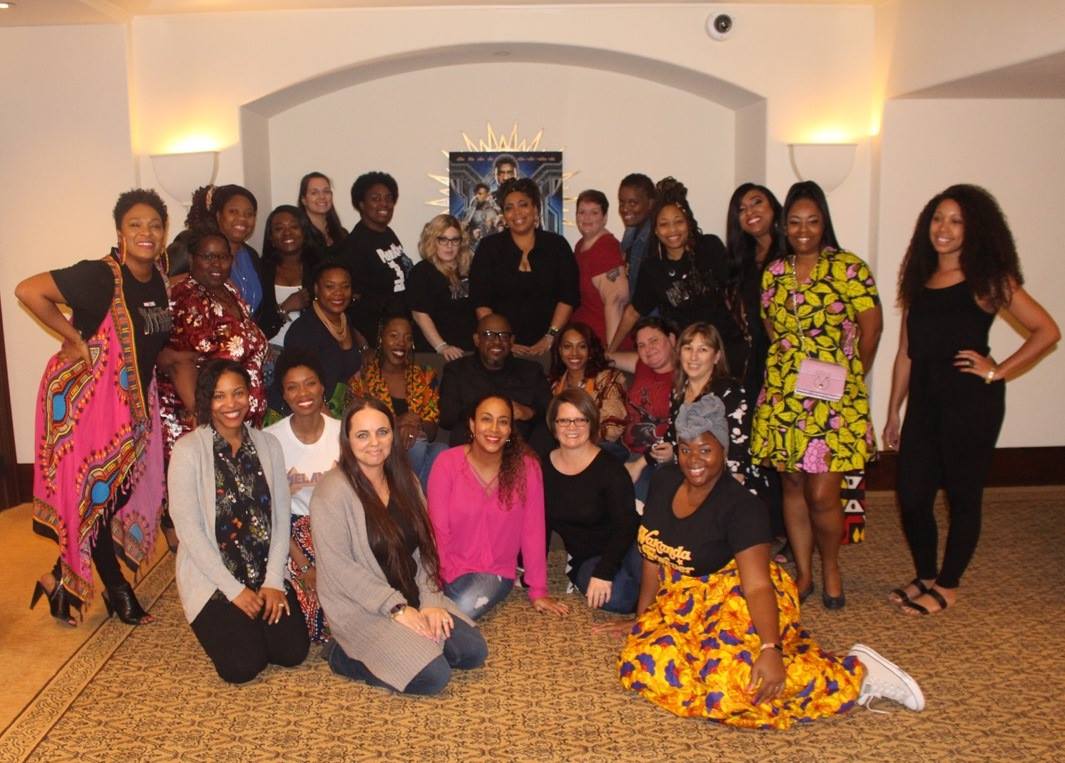 On how he felt right after the world premiere

I loved this question because I find it fascinating to know if those actors feel the same way we do after seeing the film. Do they feel so close to it that they aren’t left in awe the way we are, or do certain scenes or an overall message get them in the feels, too?

Forest Whitaker: I was blown away by the film.  You know.  I mean, I guess I didn’t — I don’t know if I expected all of the humor, and all the emotion, and all of the messages.  You know.  So, I was still trying to process it.  I realized that I need to go see the movie a couple of times.

I’m still in shock that I was able to have this experience! For more information about Black Panther, follow all around social! Be sure to visit the links below.