It’s time for another travel edition of FOTD! I’ve taken you to the Bahamas, NYC, Miami, Los Angeles and beyond. If you haven’t noticed yet…I LOVE to travel. A lot. Every weekend, I think about about a city I want to go to and jet there. Which is almost ridiculous because I’m discovering that Orlando has a lot to offer beyond Mickey Mouse’s house. And since I plan to do little to no traveling this summer (a sista has to save some pennies, know what I mean?), you’ll be seeing a lot more in my own backyard travels.

But in the meantime…let me take you to a quaint Southern city called Savannah, Georgia. 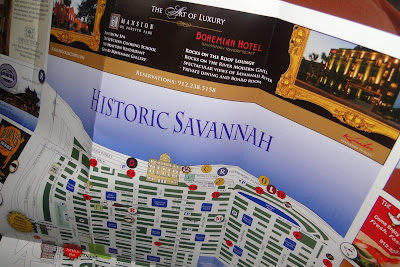 I love the South. There is a certain kind of home-y feel that I get when I visit Louisiana, North Florida and South Georgia. Sometimes I think I can make it in the big city (failed that mission when I moved to LA..ha!) but when I really think about it, I think I am really made for Southern living. This Memorial Day trip was taken with the family. I don’t remember ever going to Savannah before but Mama Clumps keeps telling me that I went once with my Girl Scout troop. Did y’all know Juliette Gordon Low, the founder of Girl Scouts was from Savannah? Any other former or current Girl Scouts?

Mmkaaaay, moving on! The trip up to Savannah from Orlando was almost 5 hours. Shooooot! This was my first time taking I-95 N in all of its hellish construction. First thing I did when I arrived was take a tour. Which I kinda had an attitude about. I’m like, “Forget a tour! Let’s just walk around.” But I ended up really enjoying it. 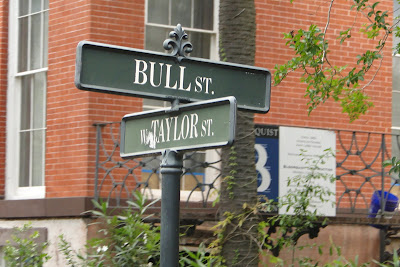 Savannah has some of the most beautiful buildings I have ever seen. This coming from a modern girl in a modern world. I never really had an appreciation for older style buildings and homes until I saw homes like this. 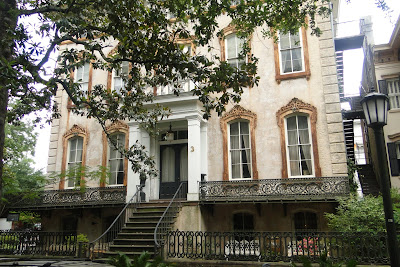 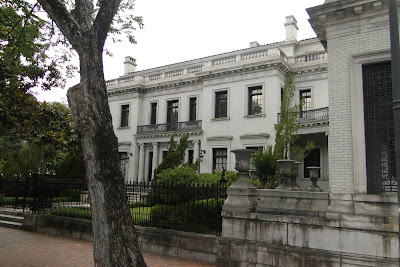 That home was considered a single family home. Can you believe that? It’s huge! It was later turned in a school. I found so much beauty in the homes and surroundings that I tried to be Ms. Photographer with everything. 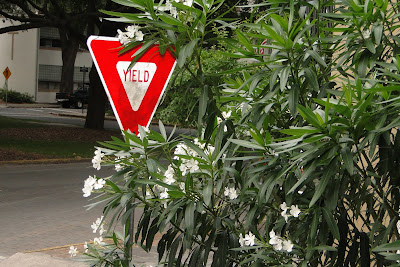 Now because I’m not a good listener, I was so wrapped up in photo-taking, I missed A LOT of details and history. One time for multi-tasking!

Savannah was established in 1733. And the buildings show it! 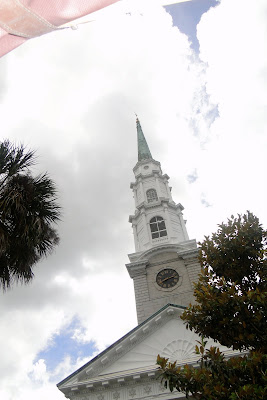 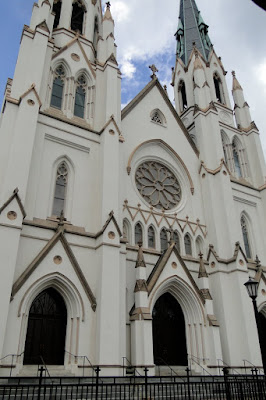 The detail on this church is just breathtaking. And don’t these shutters tell a story? 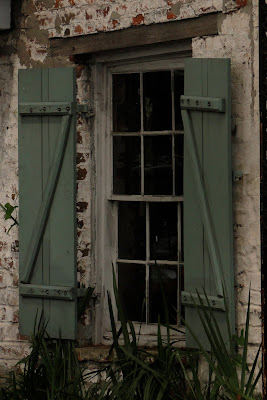 We passed a lot of homes that had little plaques on them just showing how old they were. 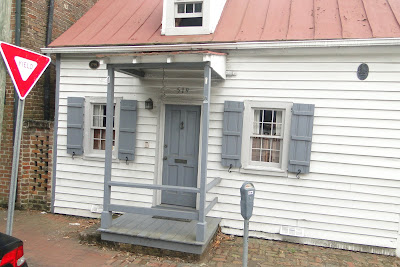 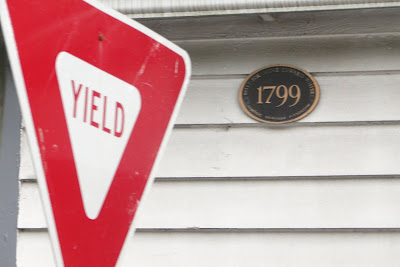 And how cute is this itty bitty house? Interesting color. 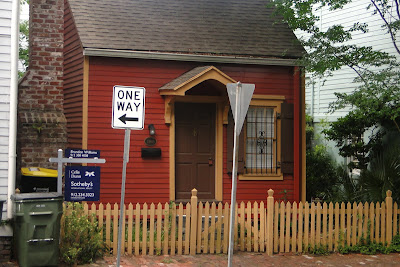 What’s North Florida and South Georgia without Spanish moss? I grew up around this stuff but never really saw its beauty until now. 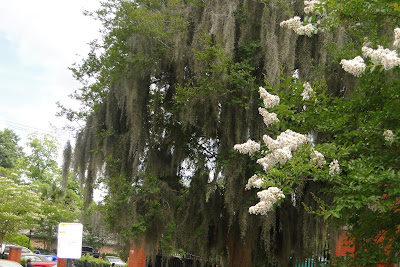 Moss is a living plant and doesn’t harm the tree that it grows on. In case you were wondering. 🙂 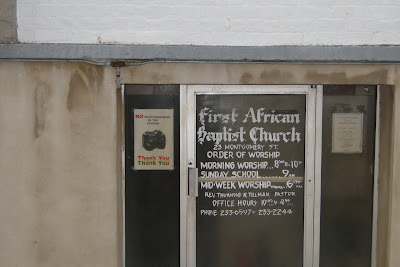 The tour guide told us that there were tunnels in the church that led to the Underground Railroad. My mouth was left hanging open because although I kinda knew that (African American History was my major in college), it was just so moving and emotional for me to see that. Talk about being a true history nerd!

After we hopped off of the tour bus, we roamed around the city and ran into an outdoor market. 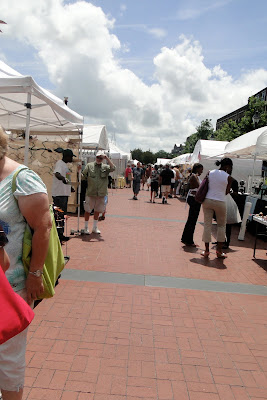 I purchased the most beautiful glass earrings for Mama Clumps. Actually I bought them for myself but in attempts to be selfless, I figured she would like them too. 😉 We went down to the riverfront. 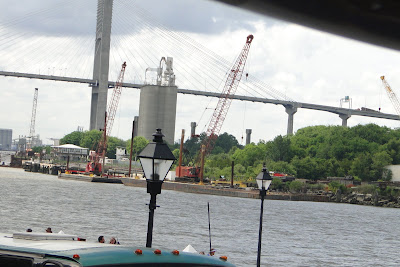 …and enjoyed the breeze.

And then there’s the food! I was still on the road when the family went to Paula Deen’s restaurant. *insert fuming emoticon* We headed over to Tybee Island and ate at The Crab Shack. I’m not the biggest seafood fan so I can’t properly judge that spot. Savannah Candy Kitchen on the other hand…*faints* 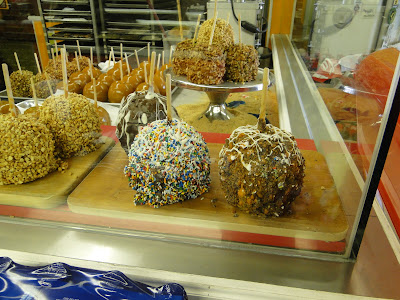 This place was amazing! Every kind of old skool candy was there. They literally passed out samples of everything! I had the BEST peanut brittle. I had my first grit cake at The Bohemian and that was seriously the best tasting meal EVER! The flavors, the richness, the boldness, oh my!

We had a slammin’ breakfast at J. Christopher’s where I had an egg white omelet with avocados, spinach, tomatoes, grits and a side of buttah. 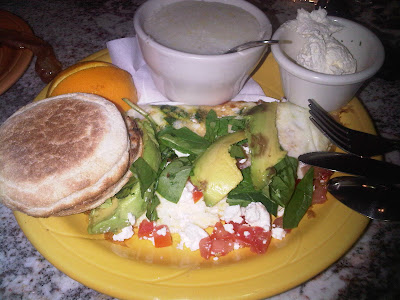 The latter I left sittin’ there but that omelet was delish! The last dinner of the trip was at Garibaldi’s Cafe which didn’t impress me too much. The food was decent but the service was the pits.

It’s hard to do Savannah in a weekend. My sister and I missed jumping on a Ghost Tour and I didn’t get to stop by any boutiques or shops. Another reason to go back!

Have you ever been to Savannah? From there? Want to visit?

Off I go to Miami this weekend. This upcoming week is Clumps’ 3-year anniversary Week. There won’t be any formal posts or reviews. Instead there will be giveaways totaling up to

Have a great weekend!