We were all pretty captivated when Sophia Bush walked in the room. With her stunning suit and terracotta lipstick (I’m so annoyed that I didn’t get the chance to ask her the brand), I think we were all looking forward to chatting with her. Truthfully, I’m all for listening to anyone who can use has zero problems with talking about intersectional activism while also getting excited about superheroes. It was pretty much the perfect interview. 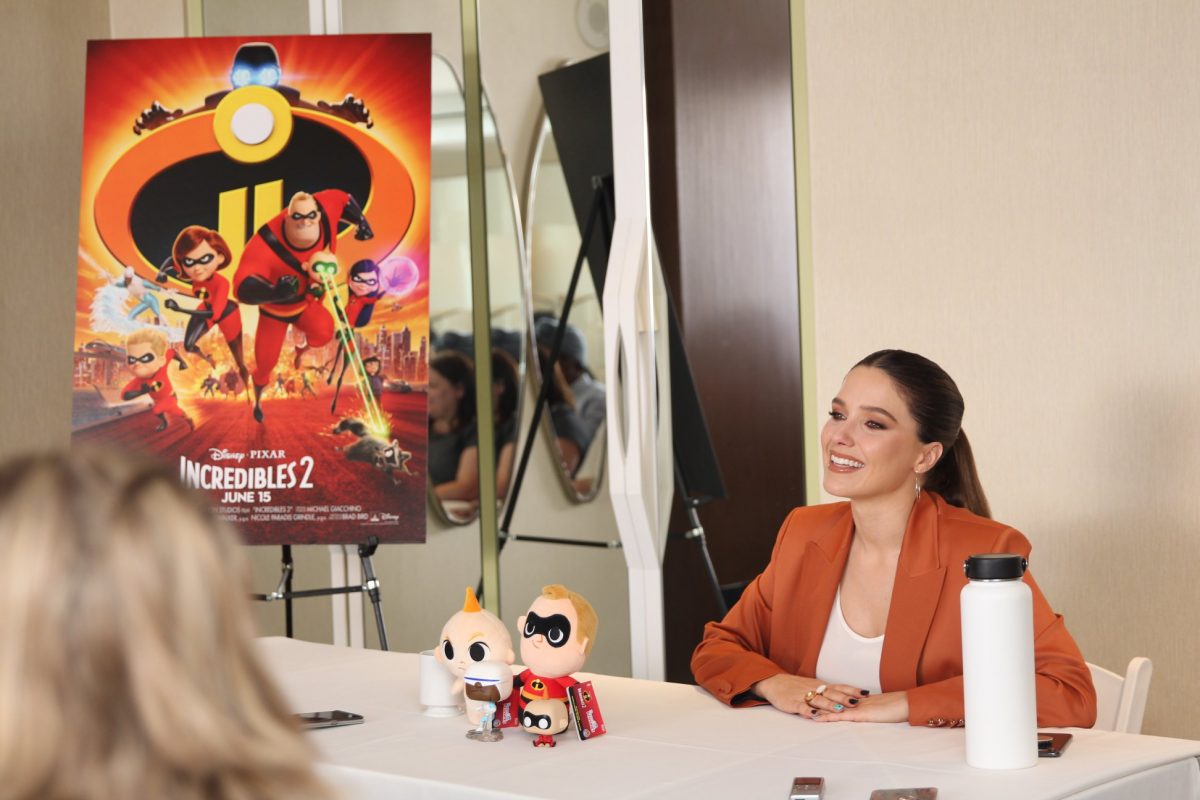 On relating to her character

I really enjoyed listening to Sophia dish out how she resonated with her character. She broke it down in ways that I never even considered. I truly enjoyed re-watching her character on the screen after interviewing her. It’s as if Voyd became a bit more magical after listening to what Sophia had to say.

Sophia: I thought a lot about being a young girl in this world of the Incredibles, who has powers, who thinks it’s the coolest. And then you see people like you become illegal. And your parents tell you to hide who you are because you could be jailed. You could be killed. You could be subject to harassment. But you grew up looking up to Elastigirl. She was on your TV. There’s no one in your town like you. 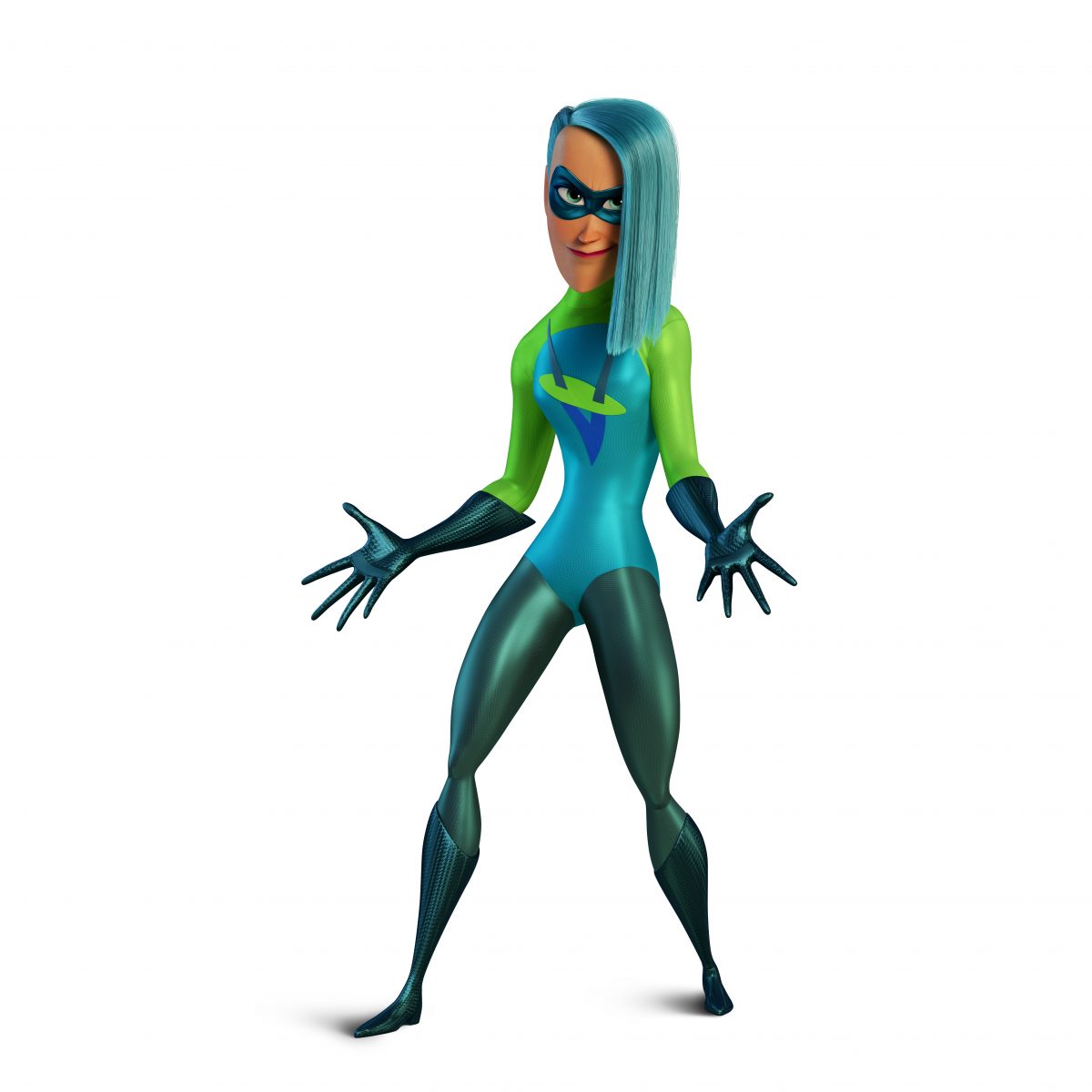 But you had an idol. And you knew that she got to shine. And the way that came into a specific idea for me when I think about intersectional activism, what I think about being a woman for all women looks like. When I think about what my level of relative privilege is, ’cause when we’re women we don’t have enough privilege. But as a white woman I have more privilege than a lot of other women. And I think about what the struggles are in society for people who are not accepted or people who are othered because of their race, because of their gender, because of their sexual orientation. Elastigirl girl is Voyd’s Debra Messing. She is that idol who made this girl, who had to dim her light for so long, feel like eventually everything was gonna be okay. And you see her expressing her identity. Like, she has turquoise hair and a side shave. This is a bold expression of her inner radicalness, but she’s had to hide her biggest magic. And she gets to meet the person who made her feel like one day it was gonna be okay. It made it really, really personal for me, because it was something that I’ve been a part of in my real life, and it helped me own the moment for this sweet girl in the recording booth. 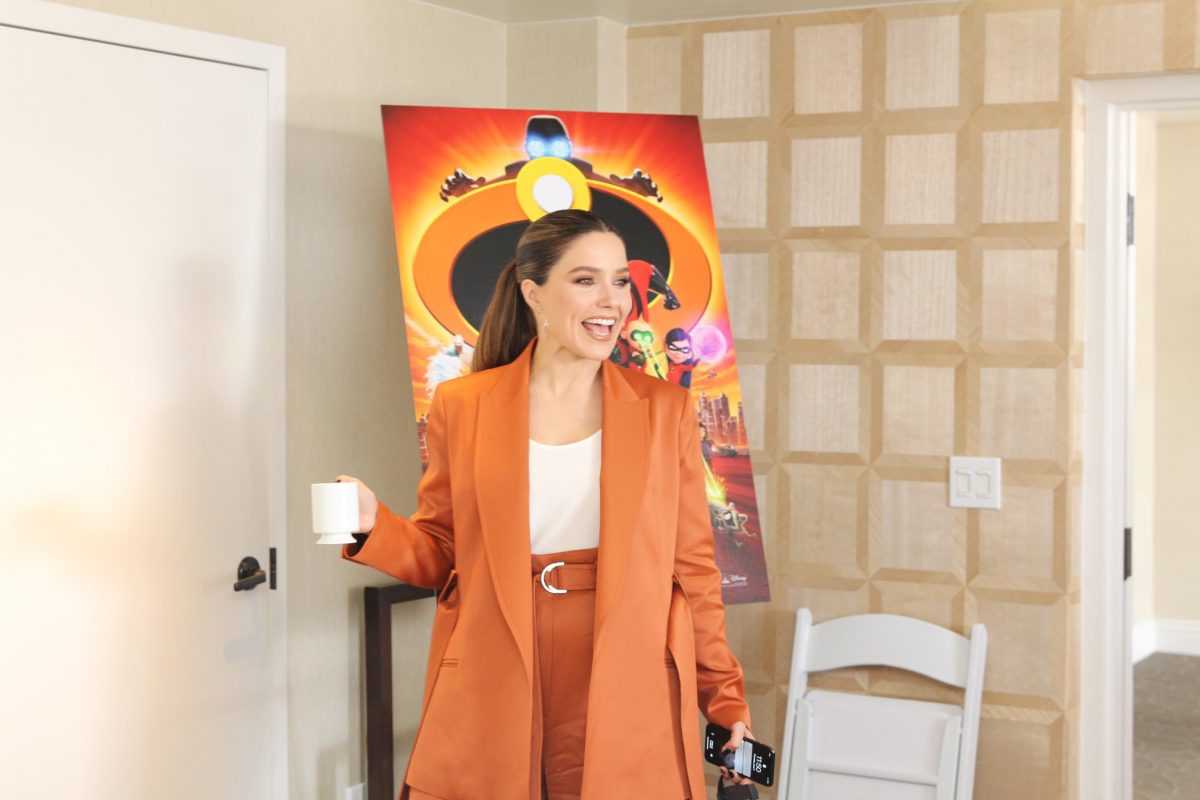 If you’ve seen the trailer (and I’m pretty sure you have by now), you know that the Incredibles 2 has a strong girl power theme in it. This is throughout the entire movie and considering what Sophia does professionally, it was exciting to see how excited she was about getting the chance to voice Voyd.

Sophia: I told Brad he’s clearly psychic because this movie was three years in the making. So, this was pre the Time’s Up conversation being had. This was pre a lot of these studies about gender parody and even current stages of pay disparit and our lack of paid family leave in this country. Even when we look at some of the statistics that have come out about how many dads are actually now the stay-at-home parent, how many women earn equal to their male partners, how many women are actually the primary bread winner in their households. This movie manages to talk about identity and empowerment with not an ounce of tension, with so much humor. 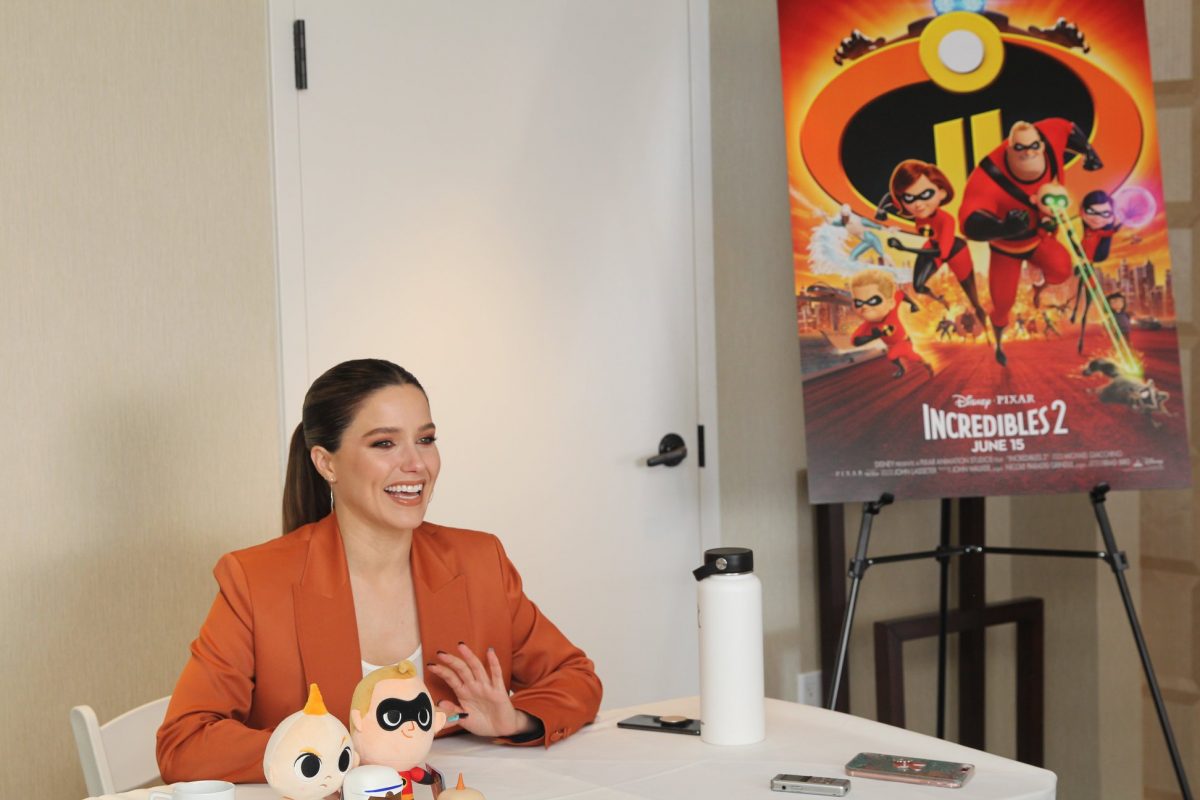 On wanted to learn about it ALL

When you get the opportunity to do voice acting for a Pixar film, why not have a little fun and get to learn about how all of the animations come to life? Sophia and I would have absolutely been in the same boat had I had the same opportunity! 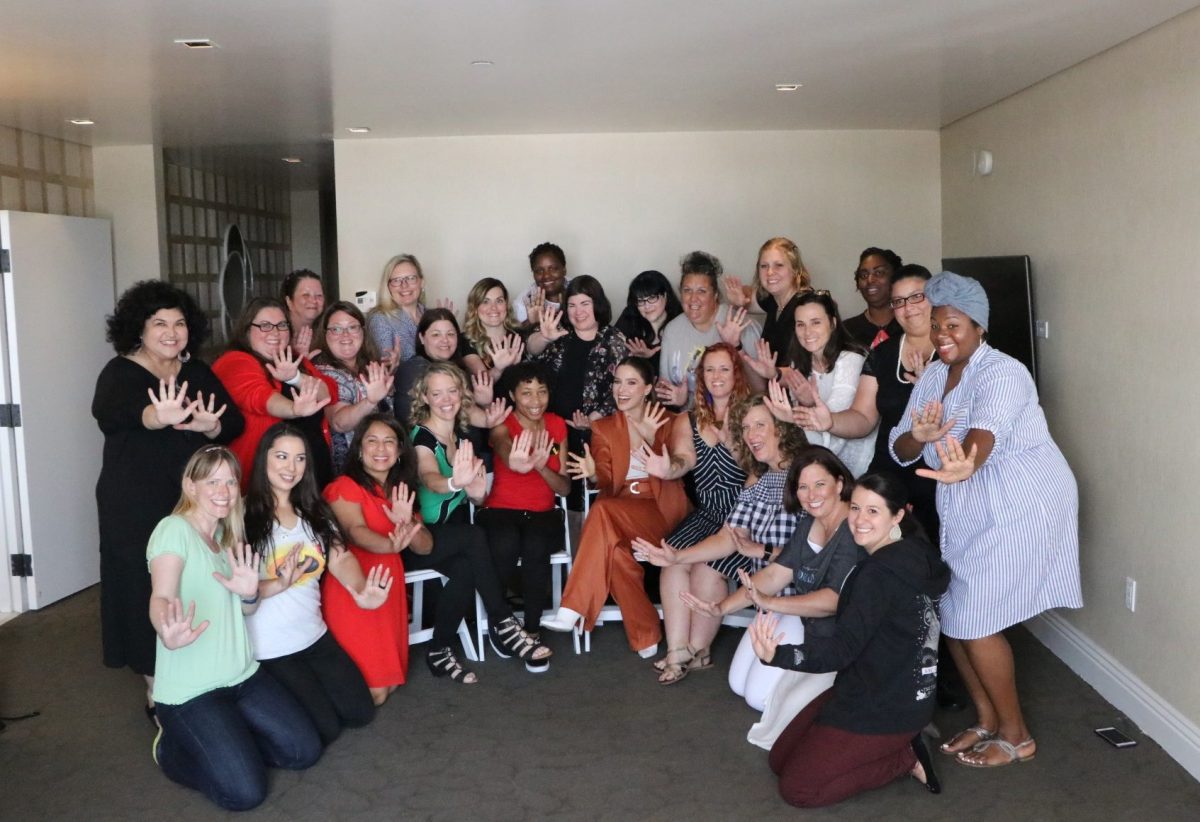