Many many years ago, I was an actress. Yes, I only starred in a 5th-grade play, but I ROCKED that play. The acting bug never hit me and this may be a good thing for everyone, because something tells me the stardom would have gotten to my head. I’m not sure I would have been humble. I would have blown my money on things I didn’t need and would walk around here with ny nose stuck up in the air. I’m not saying this is a good thing. I’m just pretty sure it would have been my reality, had yours truly really had that acting career of hers take off.

We got the opportunity to sit down with Sarah Vowell, the voice of Violett Parr and Huckner Milner, the voice of Dash Parr and my goodness, they were some of the coolest and most humble humans I’d ever met. One of my favorite aspects during our interviews was getting to really discuss the experiences that the actors had with Director Brad Bird. Remember, most of these actors are not in the same room as the other actors. They are often by themselves with just the Director leading the way. 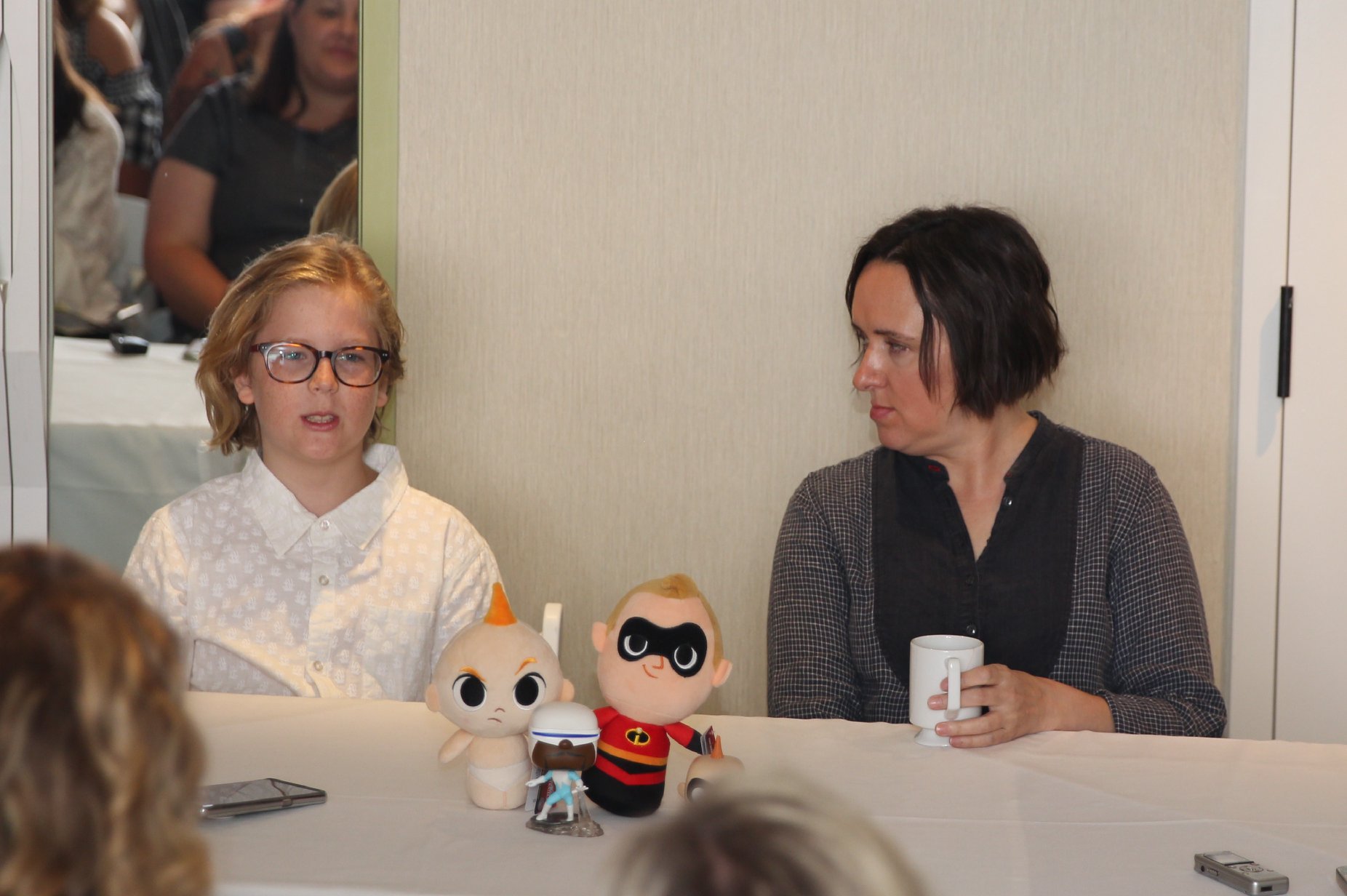 On being directed by Brad Bird.

Huck: It was actually really fun. Brad Bird made it really fun and d it was really amazing.

Sarah: He is like really entertaining because he’s the voice of Edna Mode. He is an exceptional voice actor himself. So, he does all the other parts. Usually, the first take you never use. I don’t know about you, but because he does such great impressions. He does such a good Holly Hunter impression if he is doing Elastigirl’s part. I always laugh first because the kids’ impressions are just so dead on. It’s always really fun to do the things that come naturally, and for me, that’s Violet’s sarcasm. She’s kind of a wise guy, and that’s what I’m like.

On how they got started.

I loved diving a bit deeper to get more information on how Sarah and Huck got into acting. As you know, all actors don’t come to life by being “discovered” after they’ve moved to Los Angeles. Their background stories make it seem a bit more feasible for up and coming actors and actresses. Also, considering I went to journalism school please standby as I may take Sarah’s advice very seriously. Ha!

Sarah: It was because they were casting or thinking about casting the first film, and I think Brad was in his car listening to the radio and heard one of my public radio documentaries and was so taken with the gravitas and maturity of my voice. He heard a junior high school student who becomes a superhero in that. People who are actors are like “How do I become a voice actor?” Go into journalism. 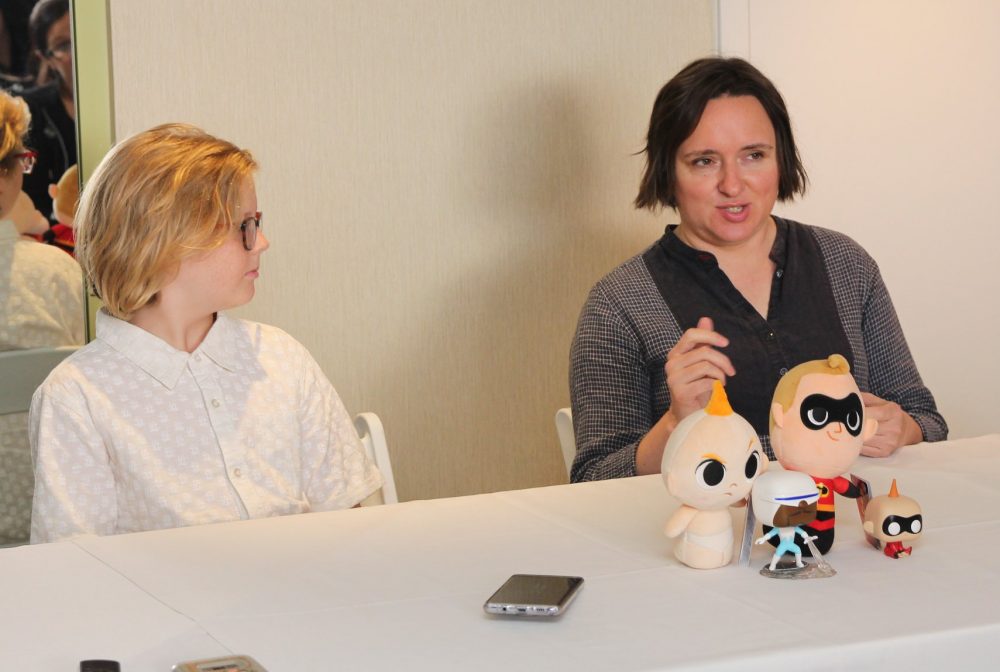 Funny little things happen to really help these dynamic voice actors and actresses come out of their shells. Because they aren’t in a room full of other people and actually having the experiences that they’re acting, they’ve got to get a little creative. Sarah and Huck kept us laughing as they told us some of the tricks Director Brad Bird did to help them really get into the moment.

Huck: One time, I put on the Incredibles suit and ran around the entire Pixar Studios. And one time, I couldn’t laugh. So, I had to have someone tickle me.

Sarah:  I think like that probably isn’t a thing with the real professional actors. Like, Holly Hunter…I think she doesn’t have to like run around to sound like she’s running. But for me, especially working on the first movie, ’cause I had never acted before, like the hardest part, especially coming from public radio where you just say words, you have to make all these sounds. And so the first time I had to make a sound where Violet was being punched by her brother, I was like “You’re gonna have to come over here and punch me.” So, I would stand at the microphone and he would stand next to me and hit me in the arms. 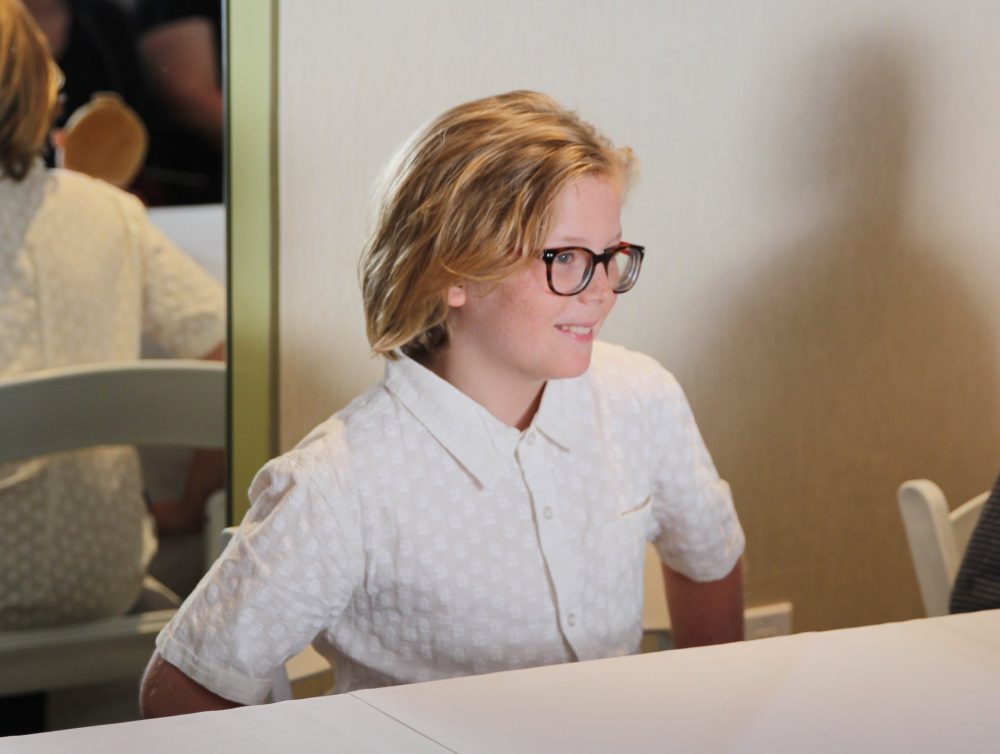 On how cool Violet is

Violet is perhaps one of my favorite characters in both Incredibles and Incredibles 2. It was really cool to hear what Sarah thought about the character that she played.

Sarah: Like all the members of the family, their powers are stemmed from the psychology of wherever that person is at their stage in life. So a ten-year-old boy has way too much energy and runs around. And the fact that Violet, especially when the first movie starts, she hasn’t really developed her powers yet, but she has them and they reflect kind of her insecurities and her annoyances.

Becoming invisible is sort of like that teenage girl thing where you just wanna hide. And then — and also her force fields…I don’t want to let you in. But then as she develops her powers and becomes her person and comes into her own and learns how to use the powers. And not only learns how to use the powers but enjoys using the powers. Then they become her strengths and then those powers really reflect what she can do and not what she’s afraid of, I think. 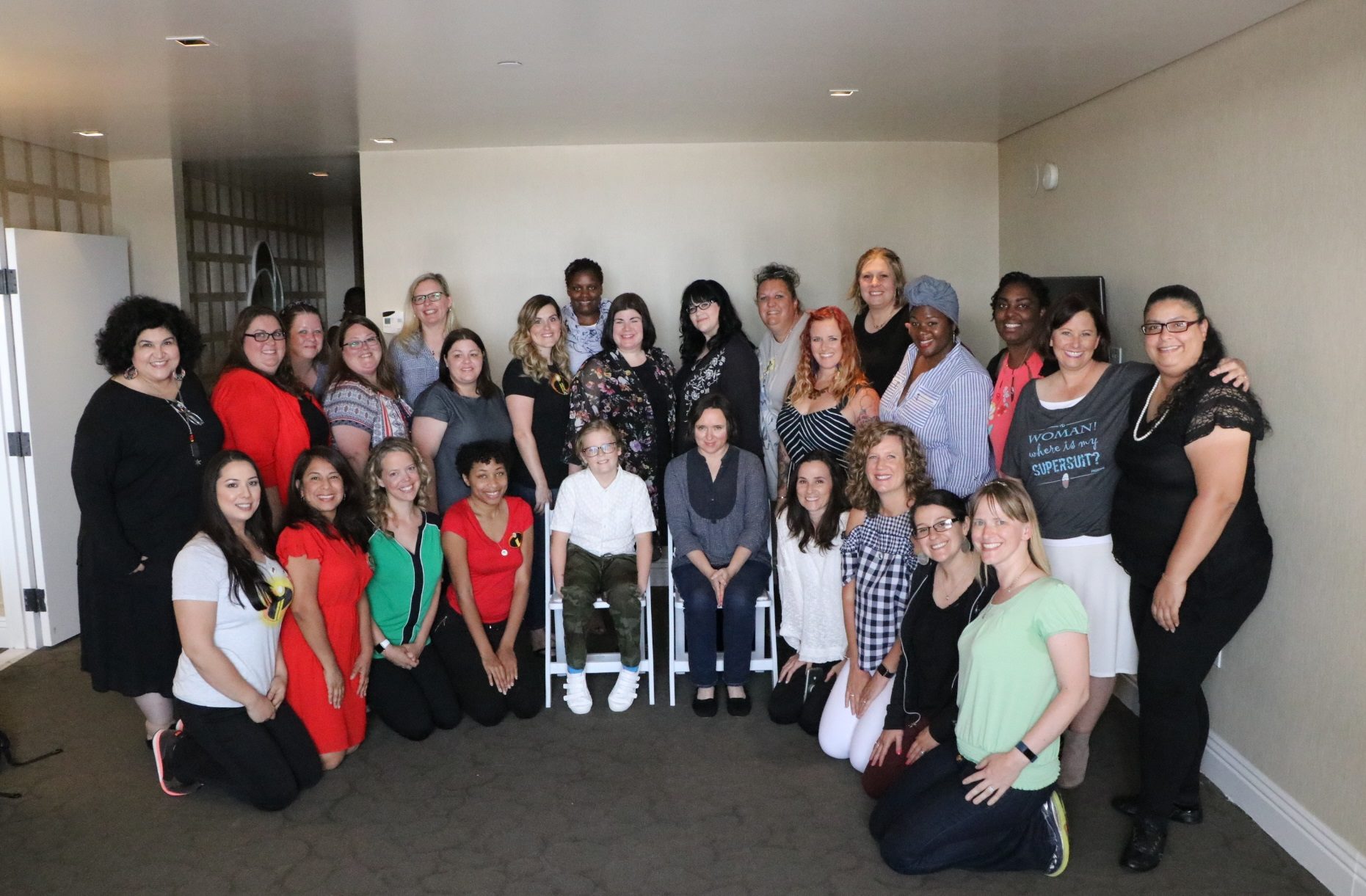 So very cool to sit down with the two of them and can’t wait to hear what you think about their performances in Incredibles 2!