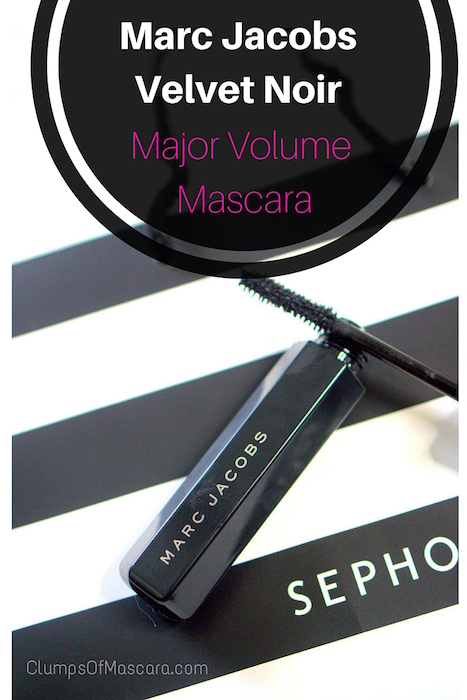 Yeeeep, that’s a mouthful, ain’t it? I don’t think I’ve ever featured Marc Jacobs anything on Clumps of Mascara and is a darn shame, because I actually really like the brand. Their nail polishes are absolutely wonderful. Granted, it’s the packaging that I go gaga over, but shoot…I love me a higher-end brand that makes me feel all fancy when I’m using their products. Marc Jacobs is IT.

That said, I had been meaning to try this mascara for quite some time and I finally swooped by Sephora a month ago to test drive it. Like many higher-end mascaras, I had high hopes for it because well, it’s a $26 mascara. You’d have high hopes for it too, am I right?

What They Say About It: The lash-maximizing, curvy brush places the most volume at the hard-to-reach center lash line, and the defining tip styles lashes for major drama. The super-concentrated black pigment delivers the greatest visual impact, and the Flash Volume Complex™ creates instant, smudge-proof length and volume in three strokes or less. Velvet Noir gives you the thickest lashes in one sweep.” (source)

What I Loved About It: That formula, honey. There’s just something so decadent about a higher end mascara’s formula. All you need is 2 coats and you’ve got some seriously dramatic lashes.

What I Didn’t Like: It’s a bit flakier than I would have liked.

Overall: Some folx would never spend this much money on a mascara. And I get it. You can get A LOT of quality cosmetics for $26. However, if you like the occasional splurge, I’m thinking you’re really dig this mascara. The wand? 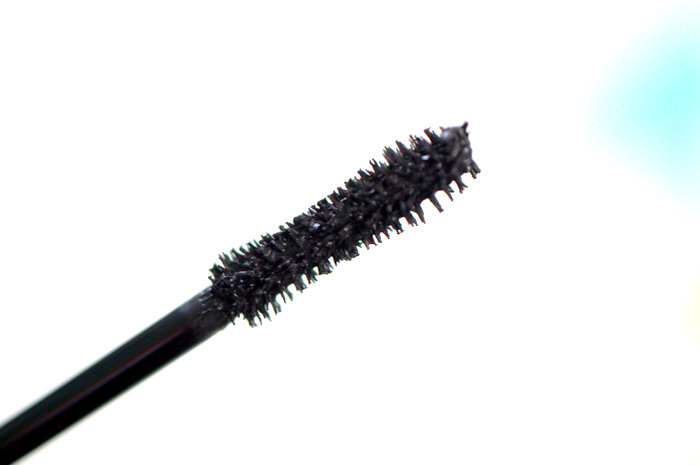 It’s good! Thin with bristles long enough to get into those inner corners, I didn’t have any problem getting this wand through my short and sparse lashes. Marc Jacobs has several different mascaras for various purposes so I would have loved to have something a little plumper. That’s the thing. You either get a wand that does great at combing the lashes or plumps them up. It’s a hard for a wand to do both but I can deal with how effective this wand is at really getting those lashes out.

Did I tell you how great the formula is? It is! Don’t call me a snob, but I’m starting to think that I can really tell the difference between drugstore mascaras and higher-end mascaras. Higher-end mascaras have such a creamier and thicker consistency. They are almost mousse-like. Applying this mascara on the lashes is easy and you can get a  good 2 coats in before you start having issues. I got more volume than length and I think it’s a winner!

Marc Jacobs has given us a paraben-free and sulfate-free formula, which is pretty nice. The tube is just so so. Not as impressive as other higher-end mascaras, but I don’t care because…it works. I’m a fan! 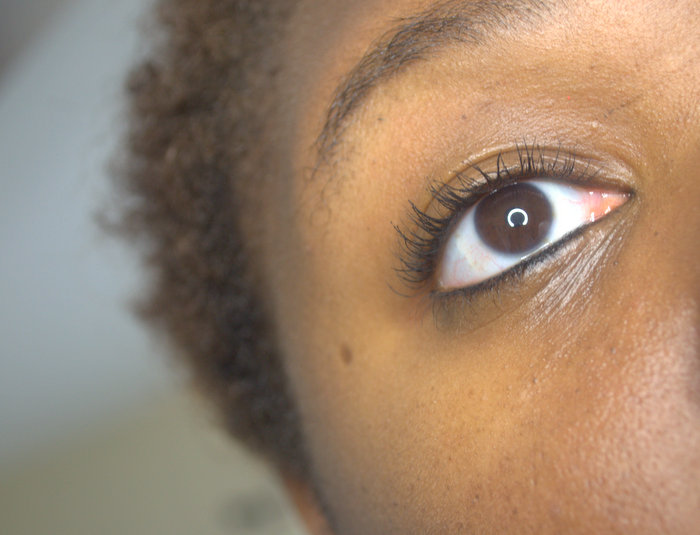 Do I recommend it?: I do! Especially if you have some extra pennies.

I can’t wait to get my hands on the other mascaras that Marc Jacobs has. And I’ve got to buy a few of his nail polishes, too. Yep, they’ve got a forever fan in me when it comes to cosmetics, purses/wallets and shoes!

« My Blacklane Experience
6 Mugs, Water Bottles and Tumblers That Will Make You Squeal »