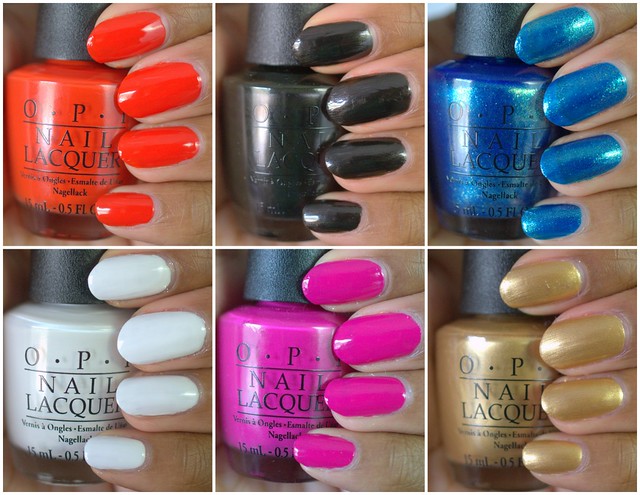 Vroom baby, vroooom! The Mustang is turning 50 and in honor of its birthday, OPI is giving us a collection about this iconic car. I received a press sample of the limited edition collection. It was released just last month in July so you should be able to find it at retailers like Ulta and JC Penny Salons. 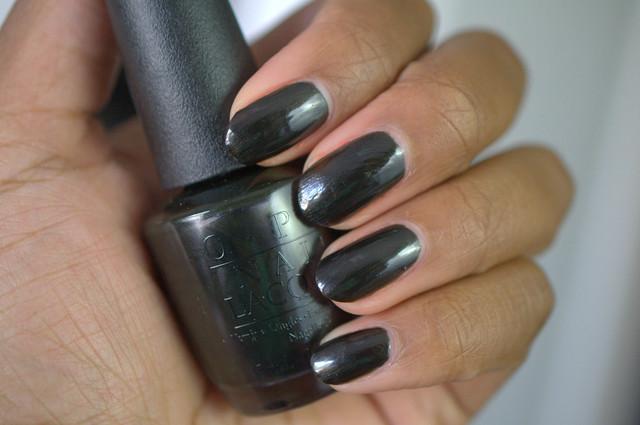 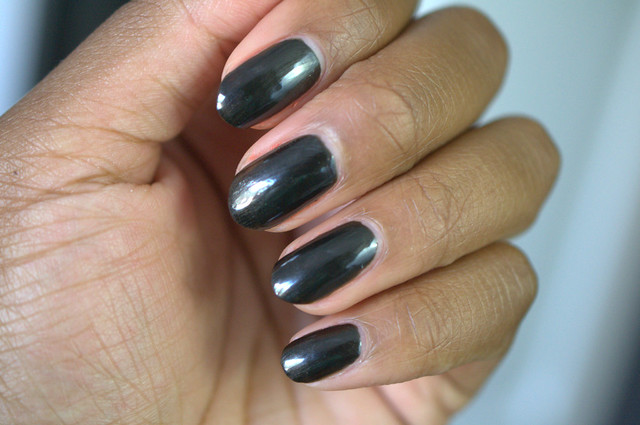 Queen of the Road appears black at first glance but really this polish is a blackened murky green. Okay yeah, but it still looks black on the nails. There is a touch of silver in it that gives it a nice shimmery finish. I didn’t like it at first but somehow it works. It’s a very interesting shade and very fitting for a collection inspired by an automobile. 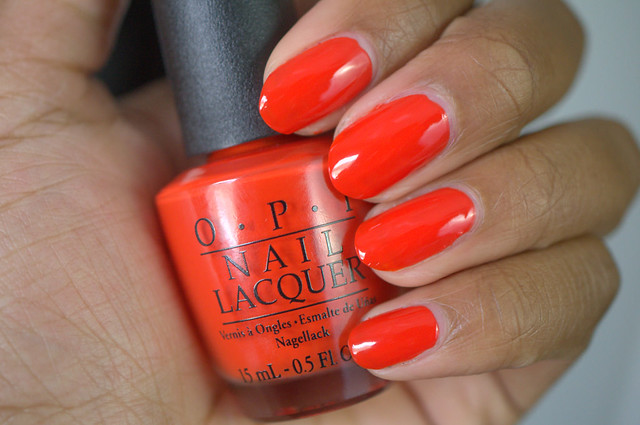 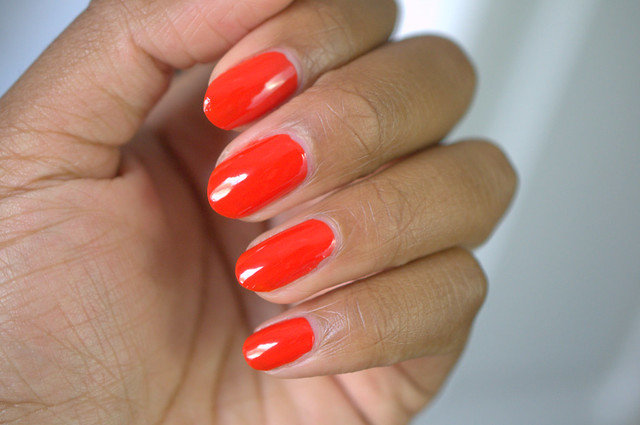 Race Red really isn’t red. It fact, it leans more on the orange side. It really is the perfect blend of orange and red and is the kind of shade that will look fantastic on anyone who wears it. 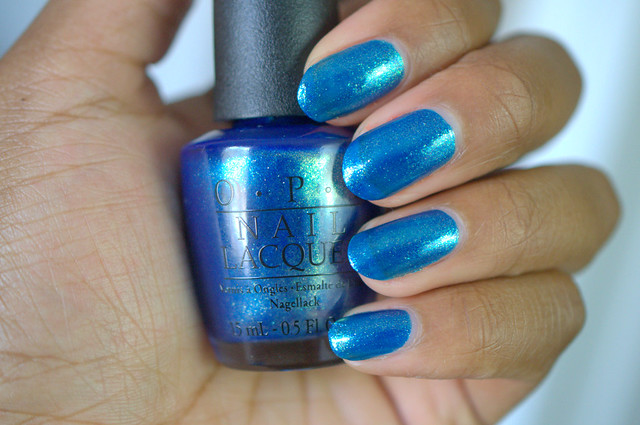 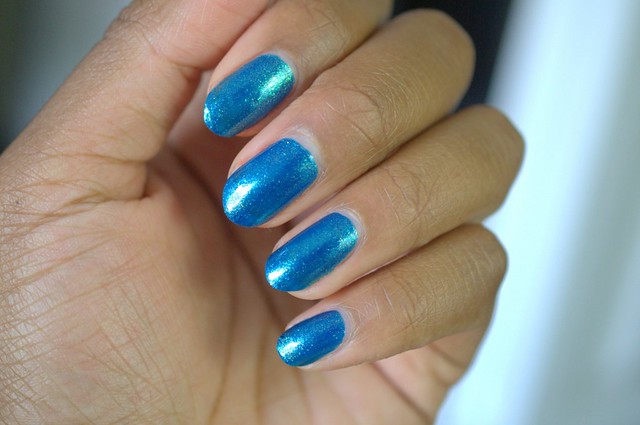 The Sky’s My Limit is a deep blue sea shade golden shimmer throughout. It’s sweet because at different glances it switches from shimmery golden green to shimmery golden blue and back. It totally reminds me of an ice cream paint job. 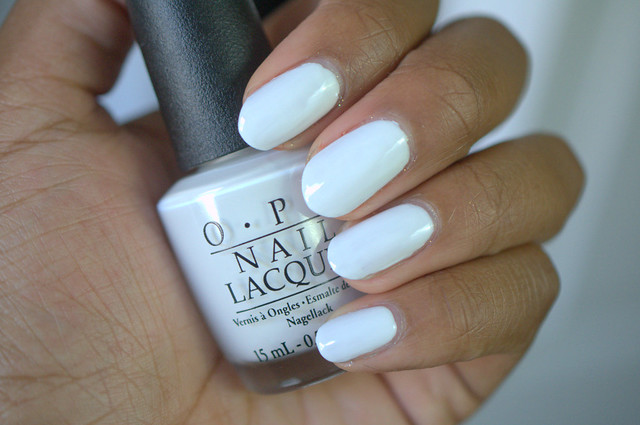 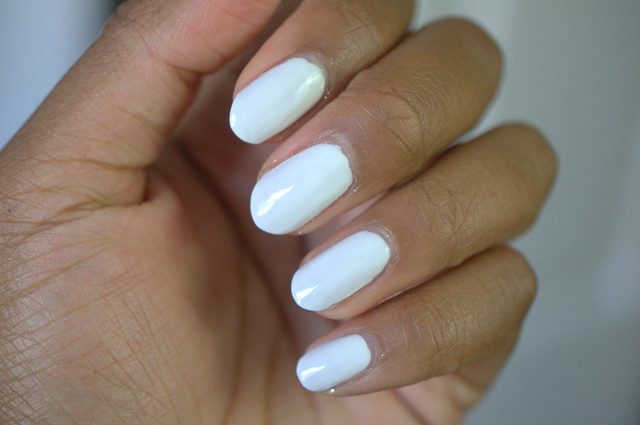 Angel With A Lead Foot is a creme white polish. And that’s it. It’s your average white polish in that it takes a good 2-3 coats to achieve an opaque finish. It’s pretty but I don’t know…it seems a bit odd to be in this collection. 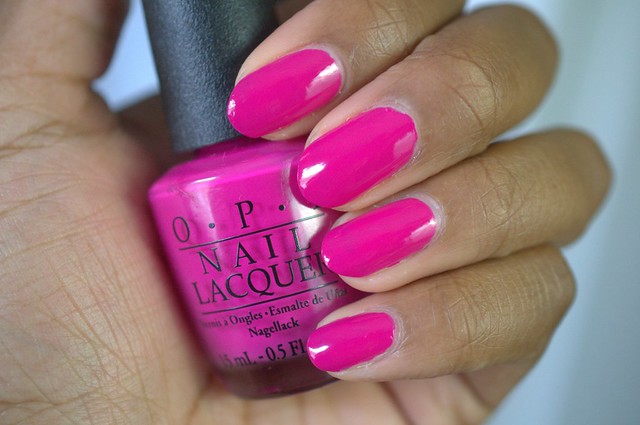 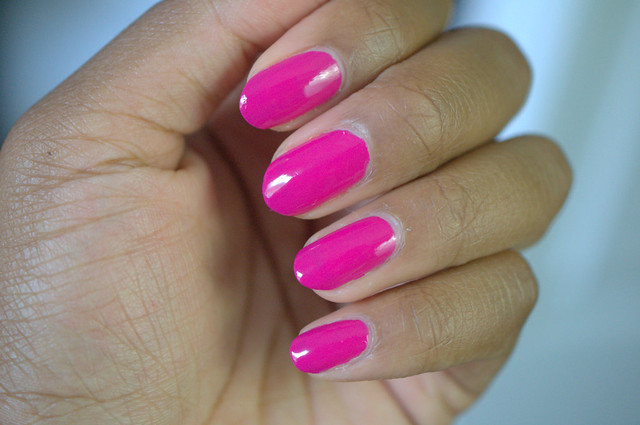 Girls Love Ponies is a bright pink creme. I rolled my eyes when I first glanced at it, but it really is a stunning pink. This says a lot considering pink is one of my least favorite colors. It isn’t heavily unique as far as pink nail polishes go but it is pretty! 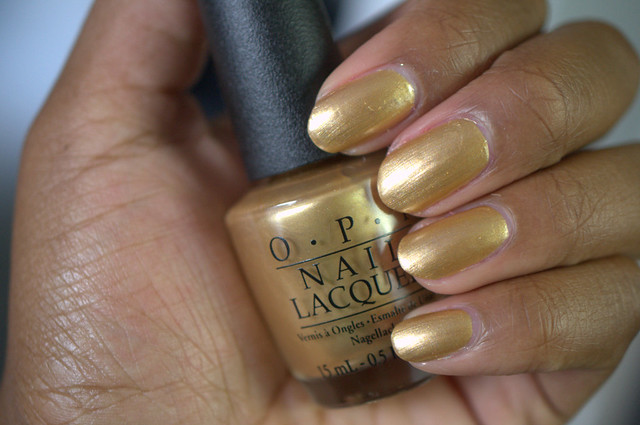 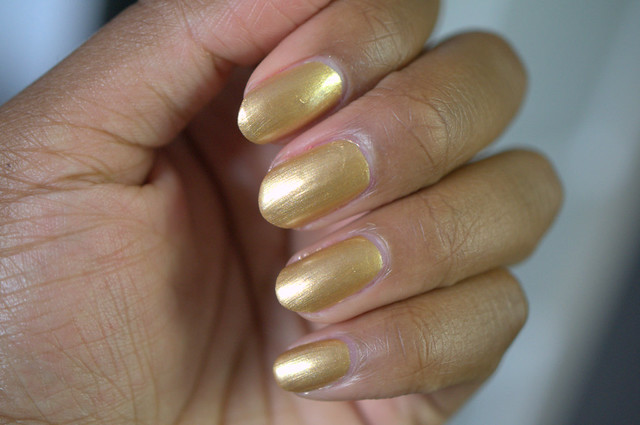 50 Years Of Style is a metallic gold nail polish and really is the perfect polish for this collection since a 50th birthday is called the Golden Birthday. I never think gold nail polishes look that good on me and this one is no exception. Womp.

Shade-wise, these are okay. There isn’t anything spectacular but you can tell that this isn’t one of OPI’s powerhousecollections. The only shade that really made my head turn was The Sky’s My Limit. Girls Love Ponies was a nice surprise, too. Overall, I think that if you have similar shades, you don’t really HAVE to run to pick these up. As always, the formula is great but unless you’re just itching to try something new, you could probably pass on purchasing the entire collection.

But if you can’t help yourself (and I so won’t judge you), you can snag these polishes for $9.50 a bottle at ULTA.com.

Any Ford lovers in the house? The Mustang is pretty slick but I don’t know, I’m more of an F150 kind of girl.