I haven’t been to Disneyland in years. YEARS, y’all. The first and last time I went, my Dad took us on a summer vacation to Los Angeles. 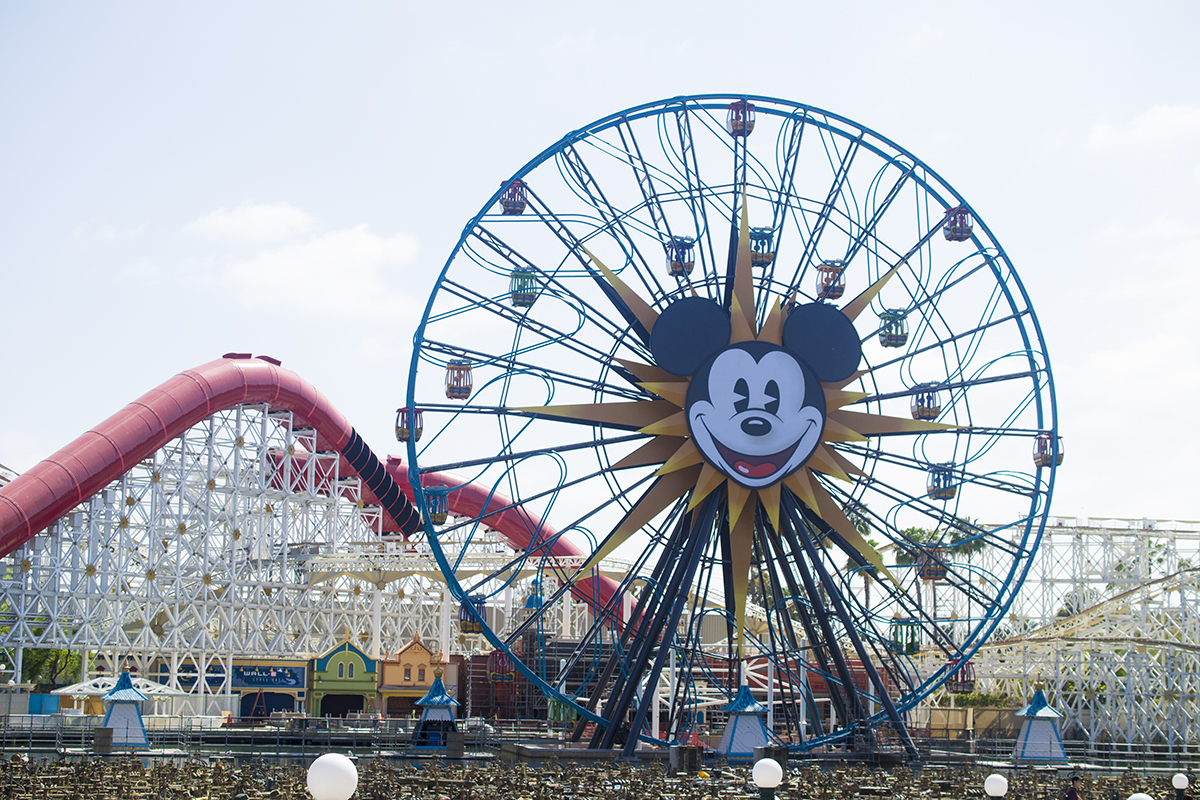 I fell in love with Los Angeles that trip.

And later decided to move there after college.

But anyway…Disneyland is giving us Pixar Fest from April 13th through September 3rd and I am so lucky that I got a chance to experience it before it’s over. 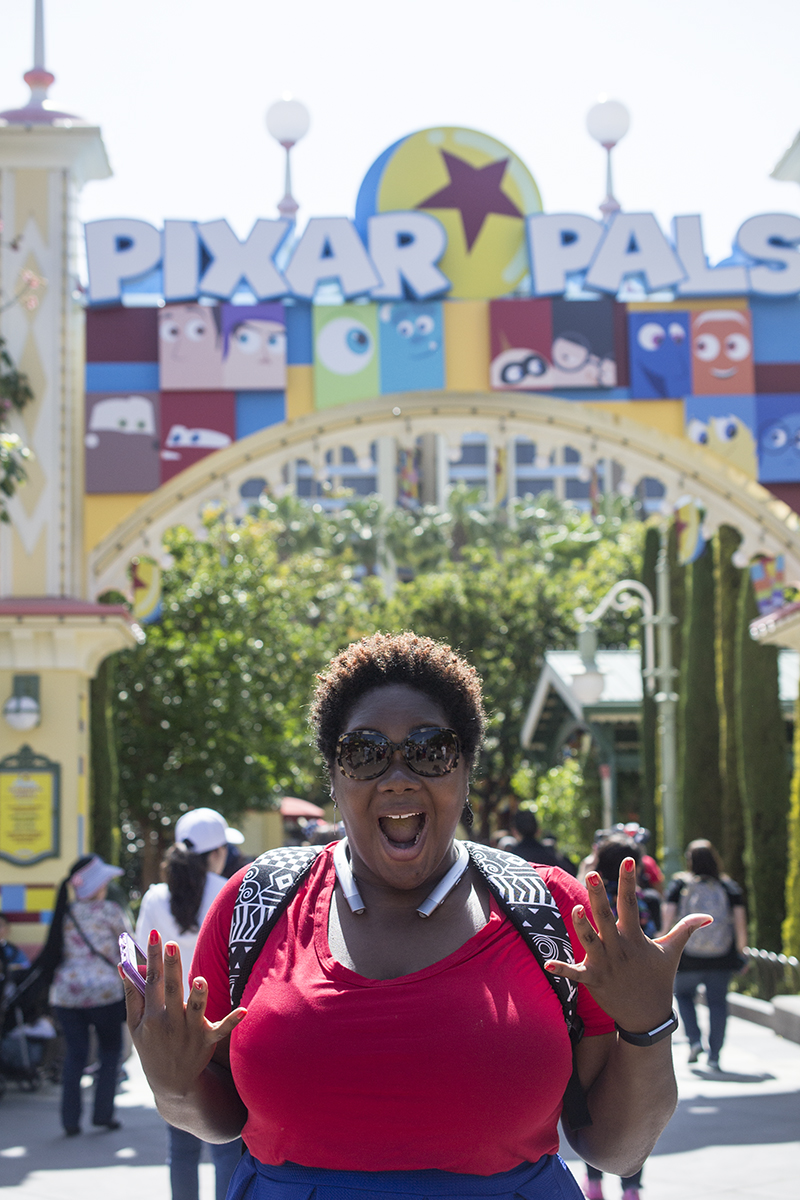 Here’s the thing…whether you’re into Pixar films or not, you have to admit that many of them are iconic. From Toy Story to Incredibles, Finding Nemo and Coco, I’m pretty sure there’s at least one Pixar movie that you’ve watched and enjoyed.

Pixar Fest at Disneyland gives fans the unique experience to celebrate their favorite Pixar movies and characters in one place. Combining hands one experiences, noms, parades and music, you can truly immerse yourself in ways I haven’t seen done before at Disney parks.

What if I’m not into Pixar films. Will I still enjoy this?

Um, YES! That’s what I enjoyed most about Pixar Fest. If you or your kids aren’t massive fans of Pixar films, there is still something that everyone can appreciate.

So B…tell me about the food.

I think the delicious offerings are perhaps the most exciting thing about Pixar Fest. From the dozens of churro options (seriously girl, I was in churro heaven!) to the lunch options at Alien Pizza Planet and delectable desserts, chances are you will find something to enjoy.

My favorite for photo purposes? This Frosty Parfait. 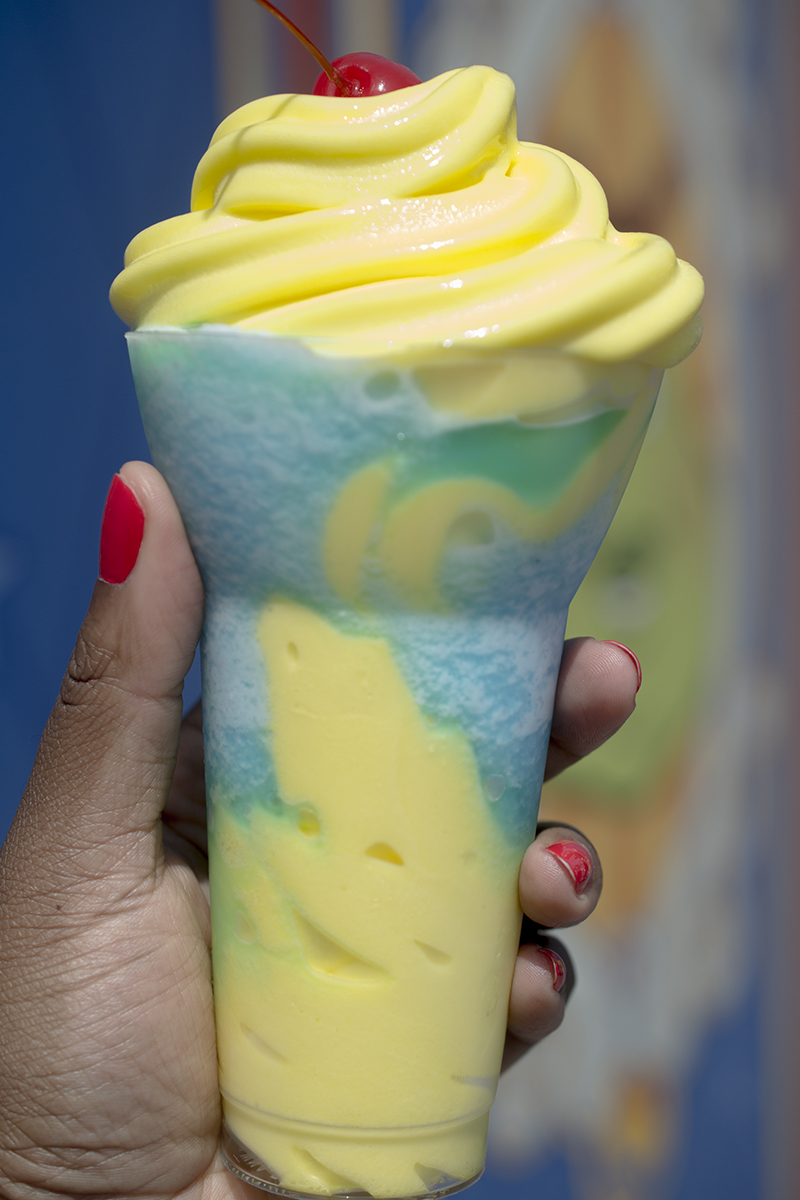 And these macarons were just too cute to eat! But I did anyway and the lemon’y flavor was spot on. 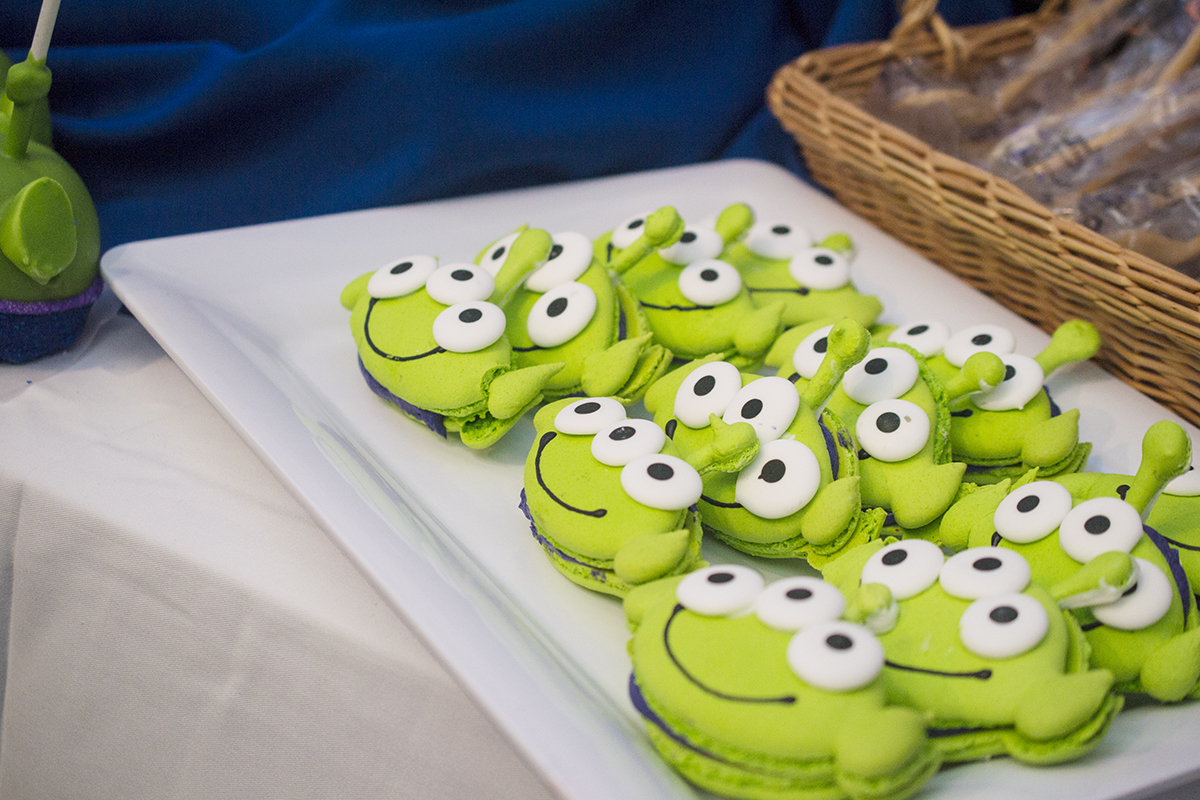 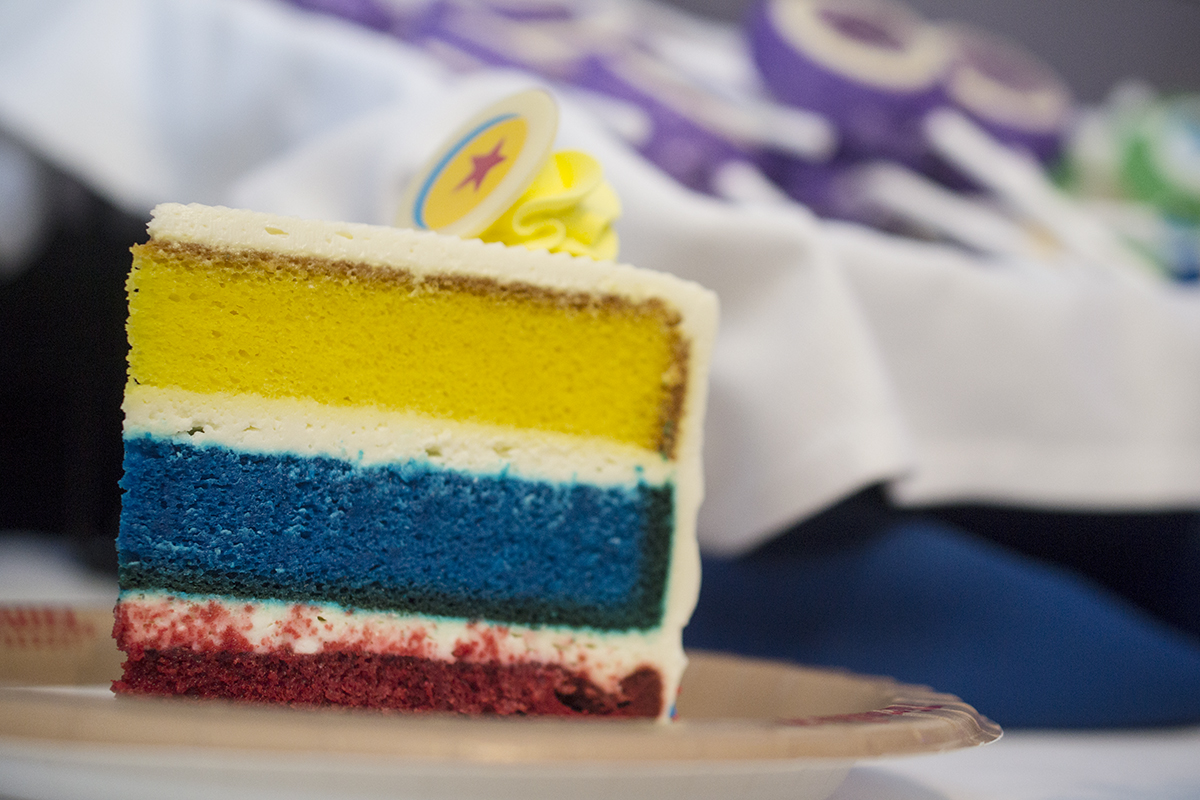 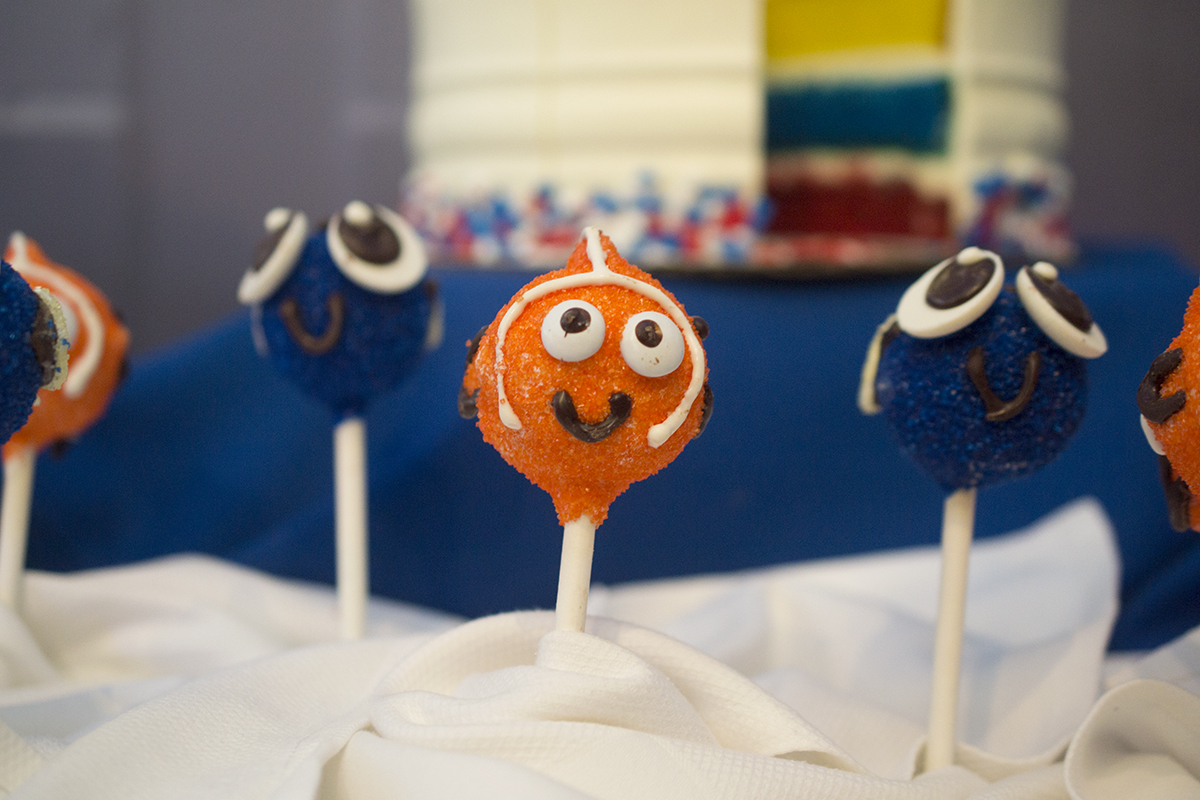 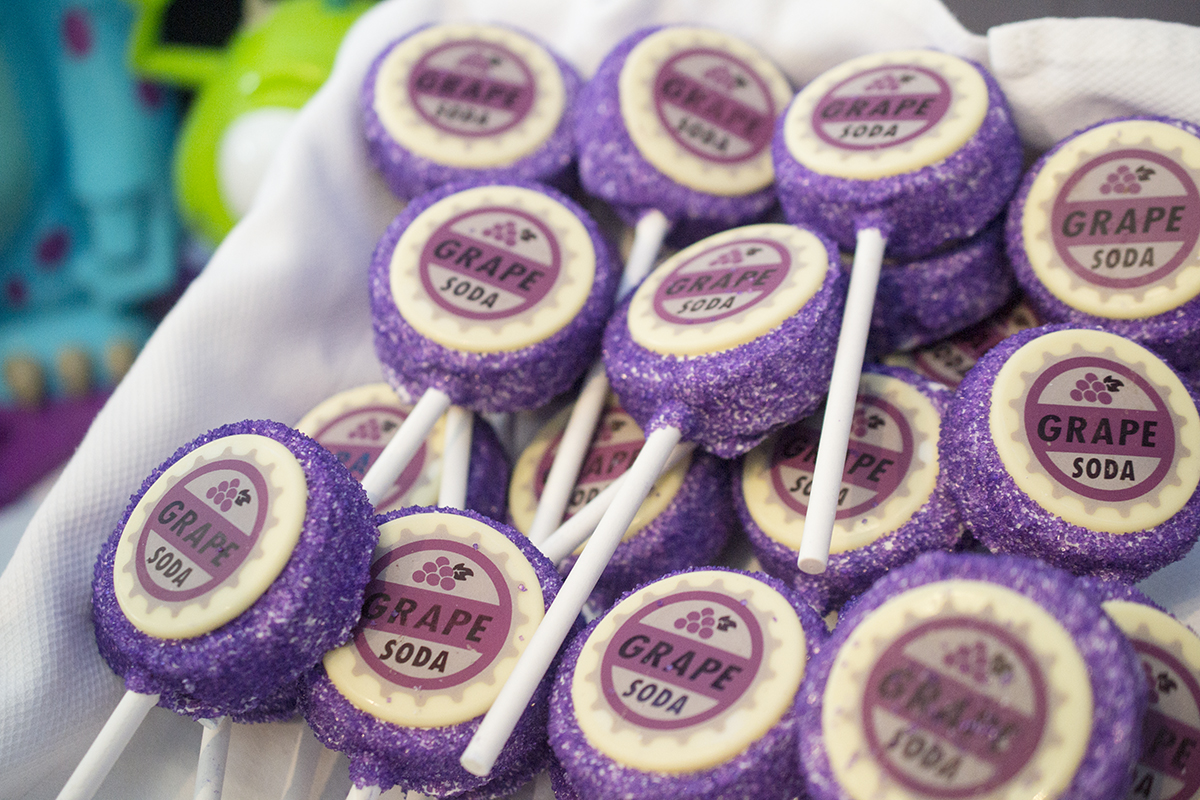 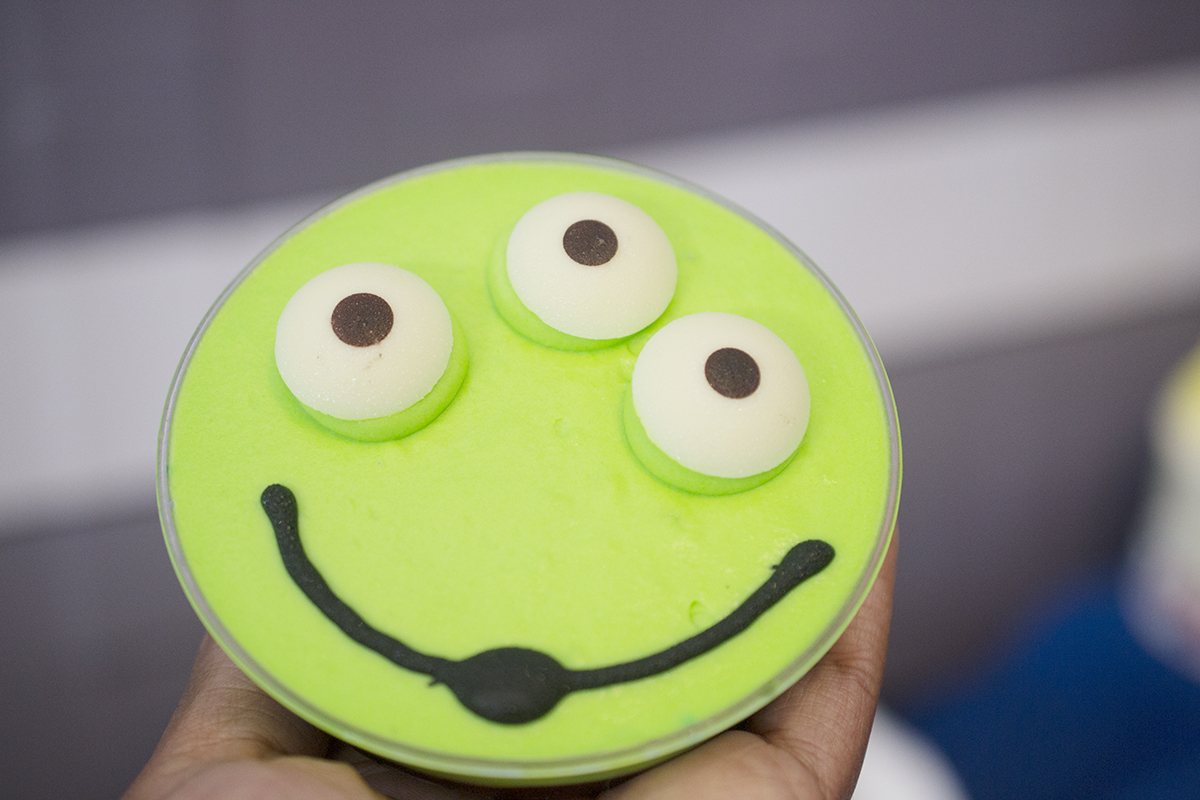 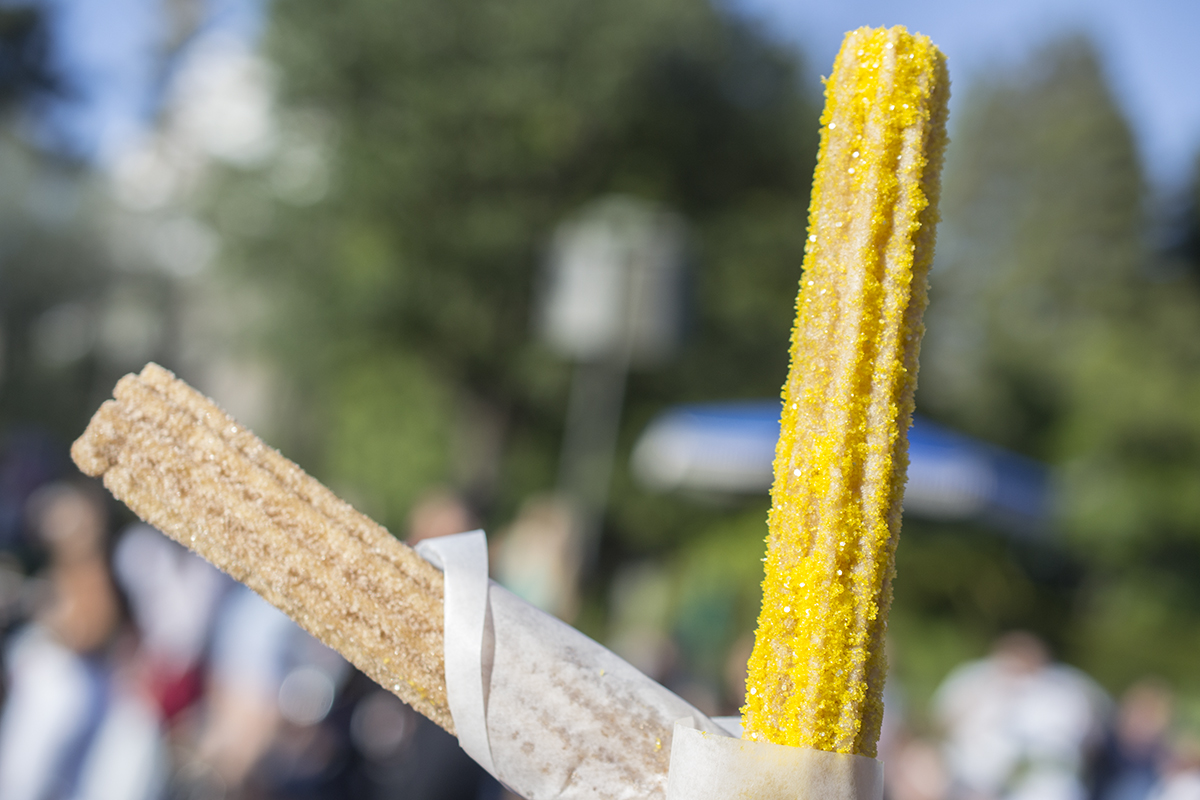 The Pixar Fest Play Parade is a blast! 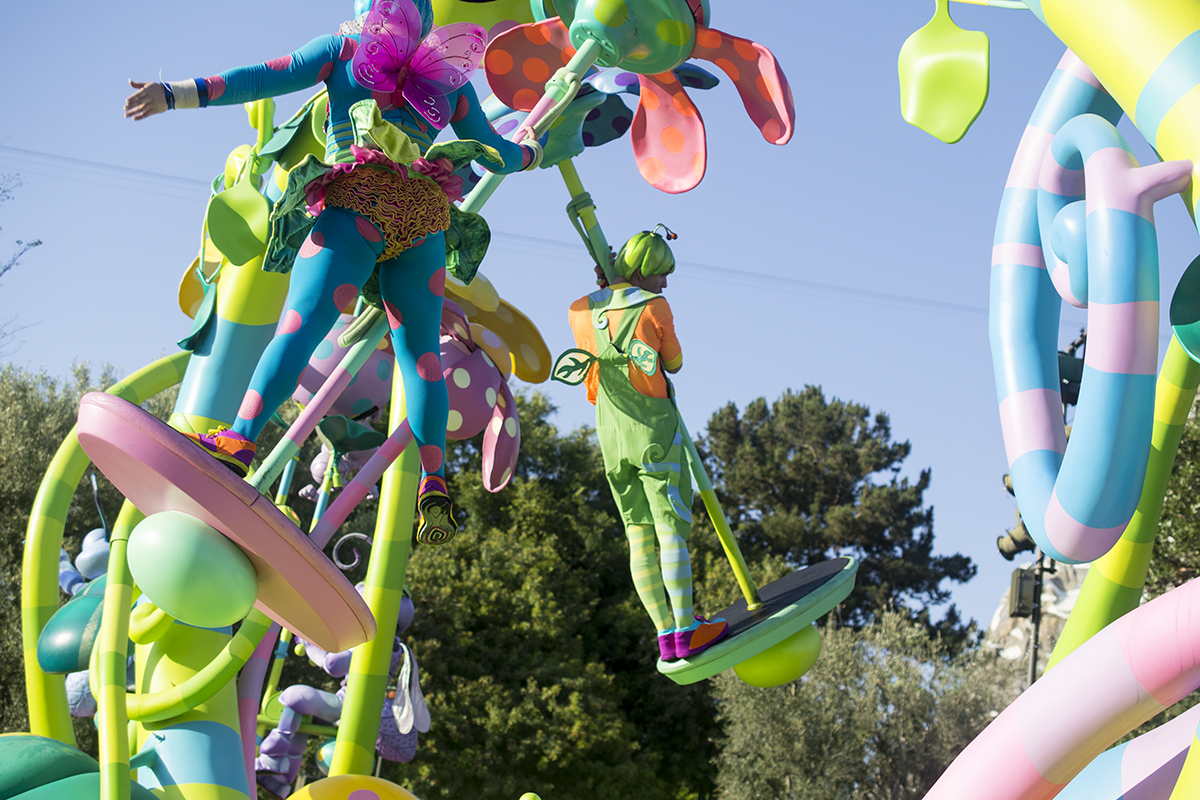 Oftentimes when I have experiences at Disney parks without my kids, I try to think about how I’m enjoying it without them and if they’d enjoy it if they were with me. EB and Bub would have the best time. As a big kid, I had the best time. It’s hard not to enjoy Disney parades. 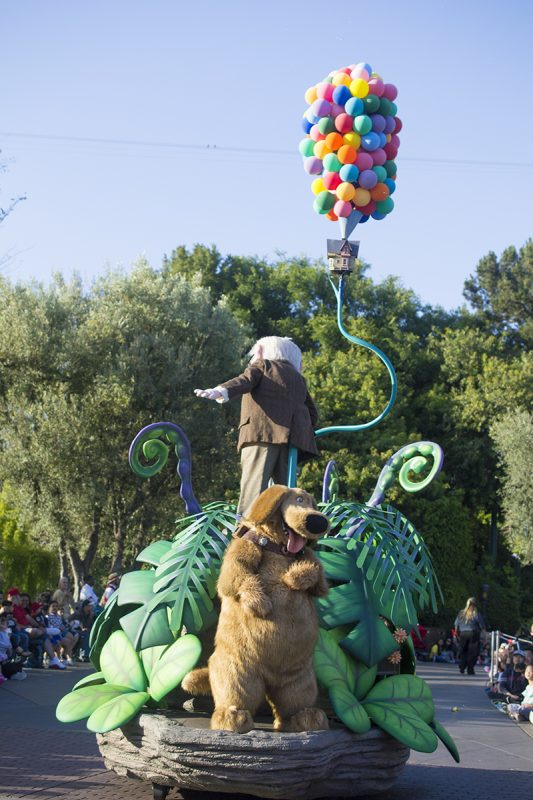 The energy of the cast members, the massive and colorful floats, dancers and little surprises make it difficult to NOT enjoy. 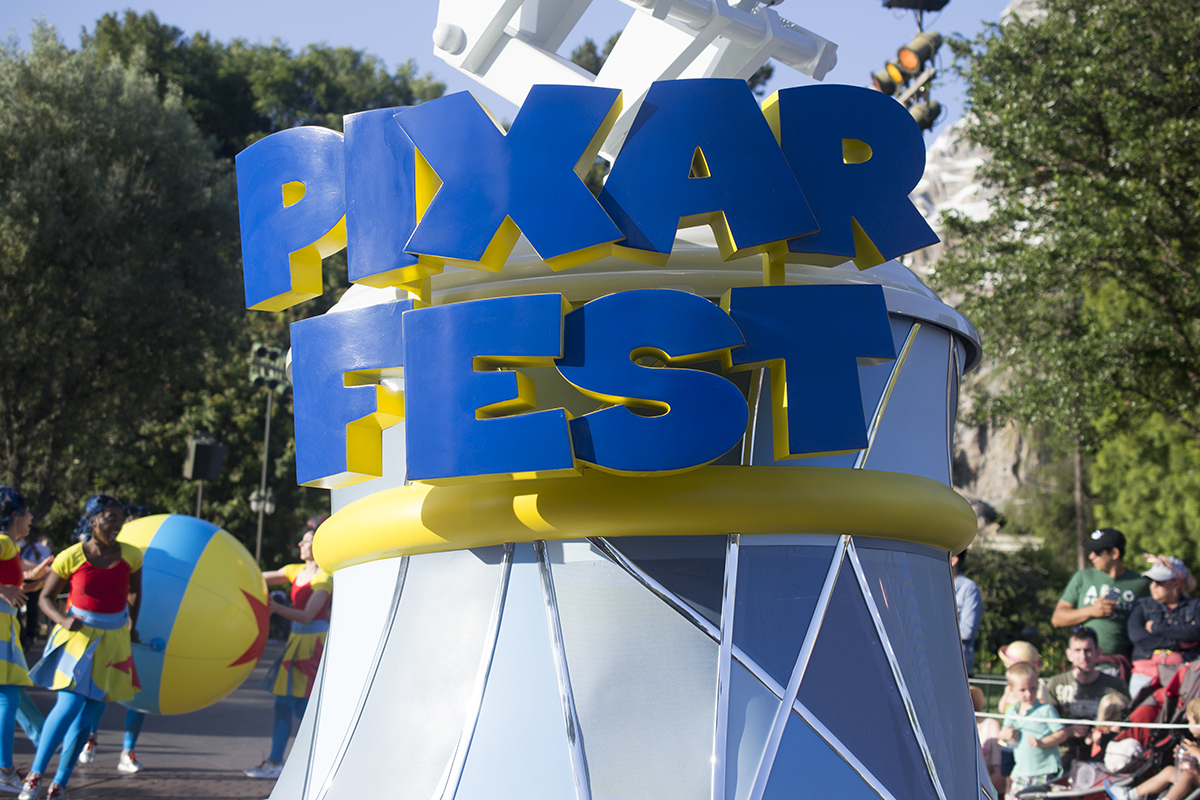 Brace yourself. Many of the floats have fun little water cannons. You won’t get soaked but it’ll catch you off guard. 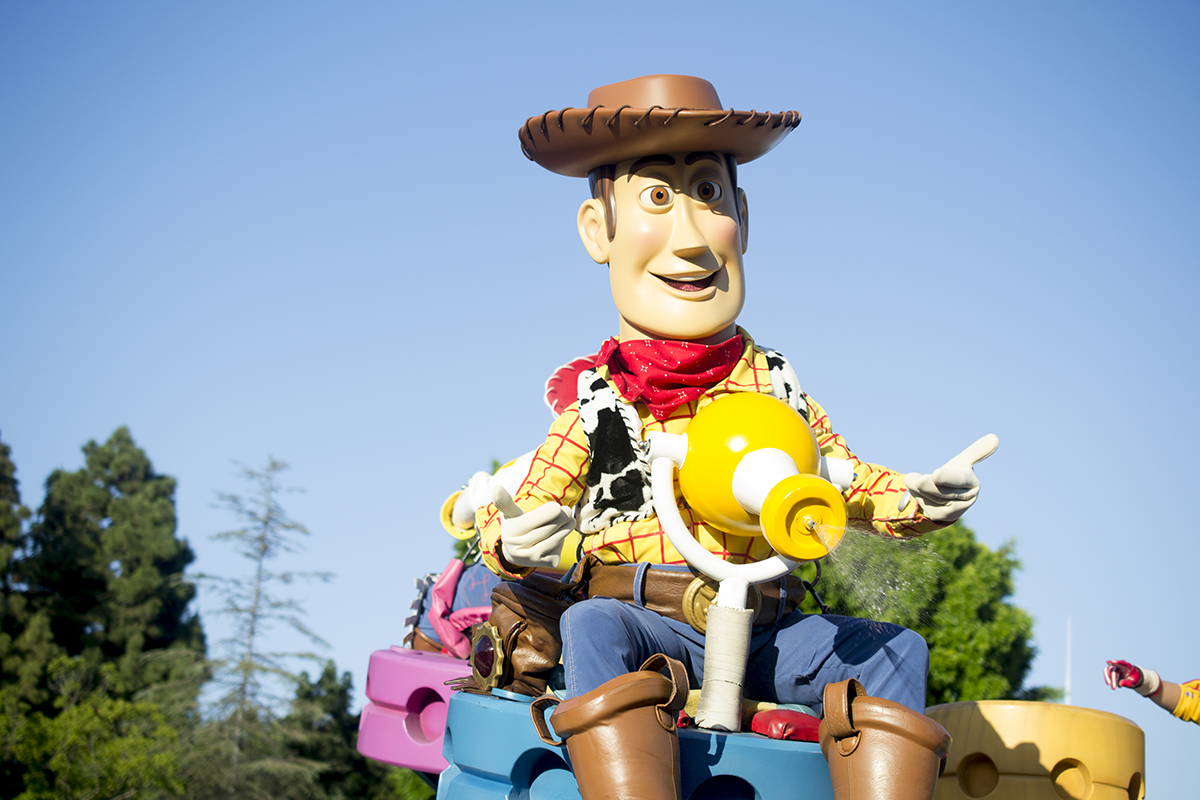 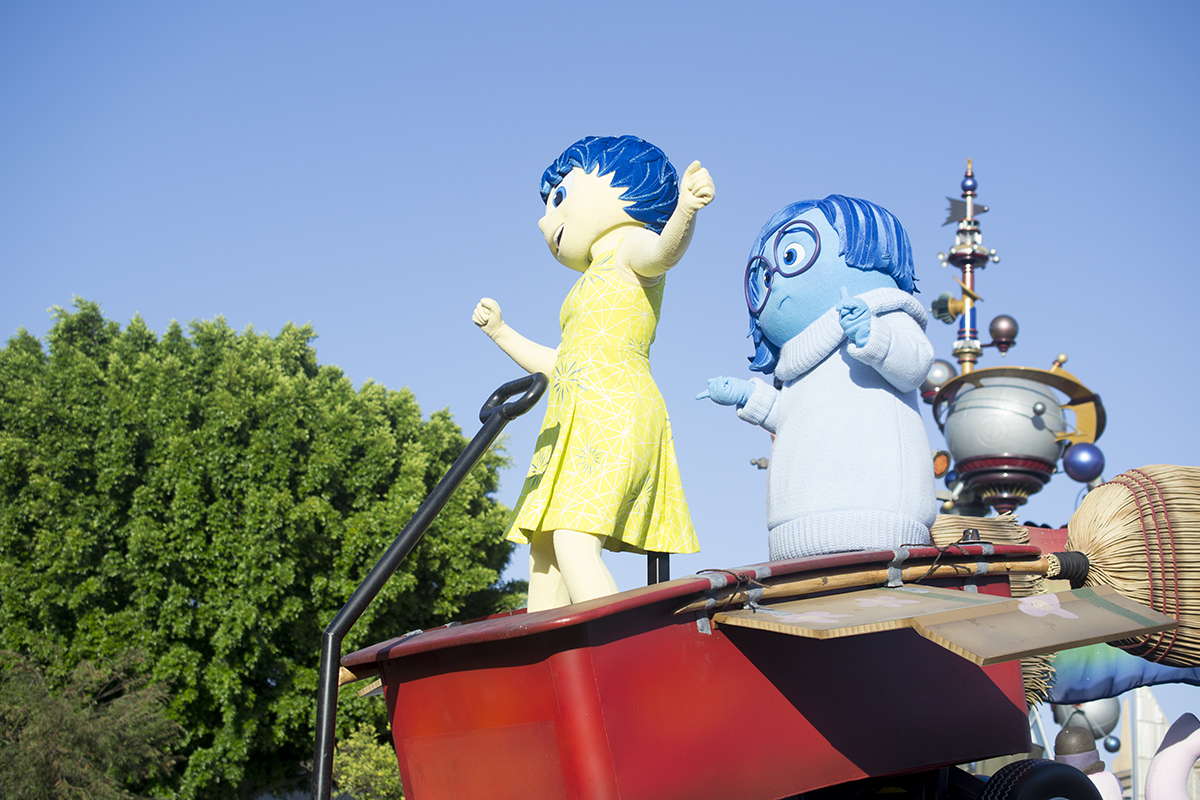 I put together a little video showing off some of the magic at the parade.

You never get tired of fireworks at Disney. I’ve seen several shows at several of the parks and each and every one of them is practically breathtaking.

During the Together Forever – A Pixar Nighttime Spectacular, you not only get your fireworks, music, and projection on the castle but you get exciting little surprises. It amazes me that the show is only 15 minutes because it truly feels a bit longer and it’s the kind of experiences that you won’t forget about.

I managed to ride quite a few and I can officially say that while both Walt Disney World and Disneyland have things that make each special, Disneylands WINS in the rides department. They seem to be more refined. 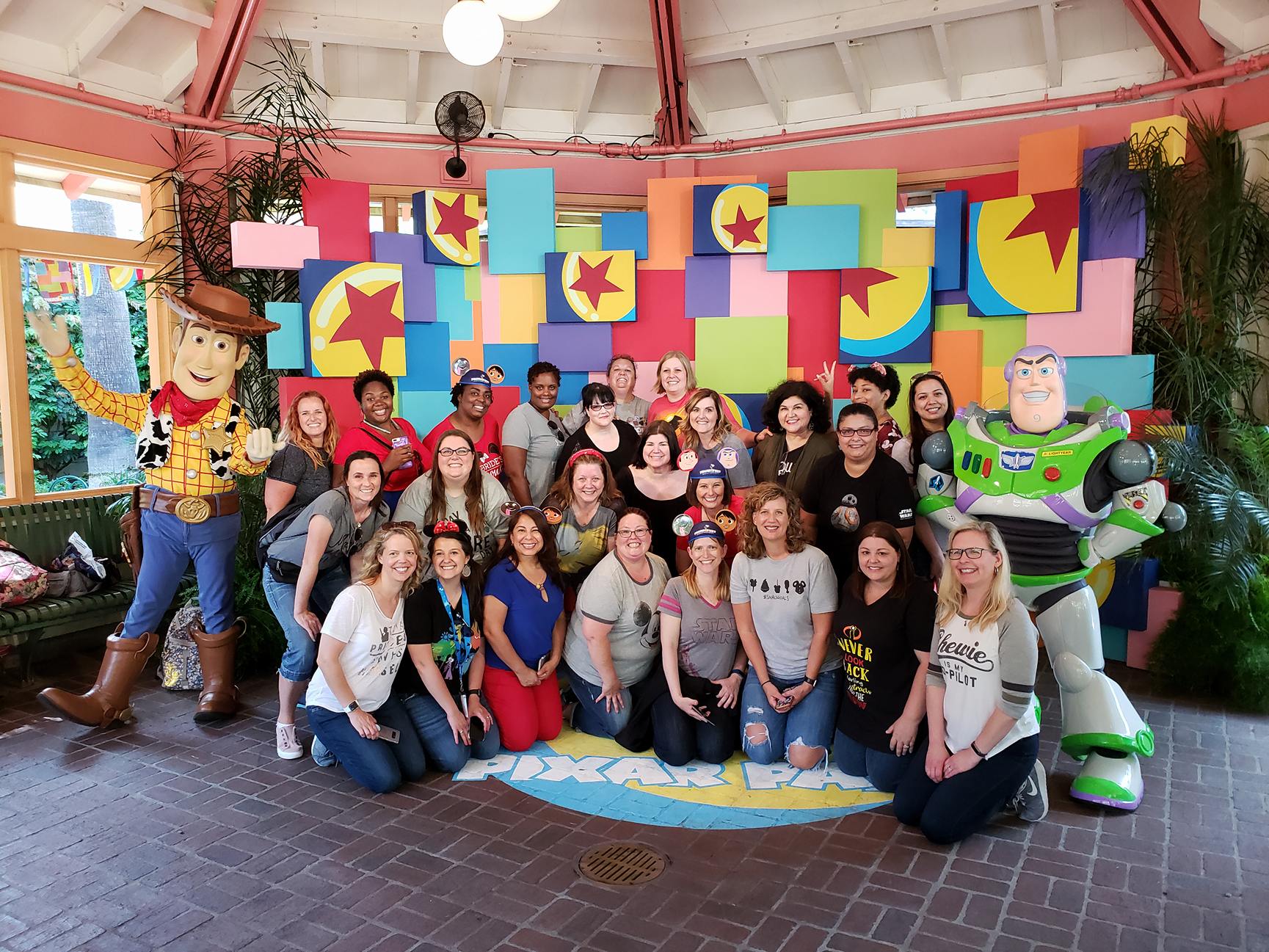 If you can, I highly recommend Pixar Fest. It only lasts for a few months but I’m crossing my fingers that Disney makes it an annual or has it pop up at Walt Disney World. We shall seeeee.