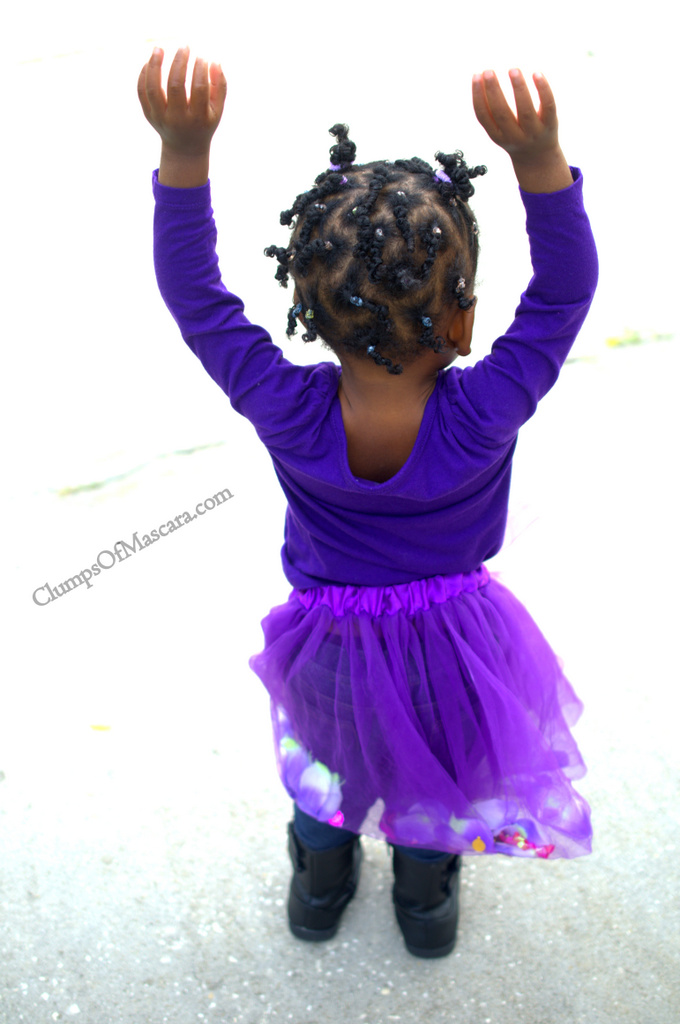 So I’m back to only sharing pictures of Elle with her back facing the camera. I kinda took this idea from Beyoncé. Many of the pictures she shares of her daughter showcase Blue Ivy (and um, I’ve never hated that kid’s name) looking adorable or doing something insanely cute, except you oftentimes don’t see her face. Some people think this is dumb because…why show the picture at all? Yeah, I get that but I got a little lazy with publicly showing pictures of Elle and ugh, it backfired. One word: creepers. Going back to my mama gut and only sharing the sweet stuff with friends and family and the rest the world gets back shots.

Last week I wrote about how busy moms need to make more time for themselves. And it’s so true because I know so many mamas that don’t even pee alone. Oh no, girl. I’m not about that life. Sure Elle stands outside the door and says Mama 4,000 times but shoot…I still get SOME space. In this post, I highlight how glorious jumping in your backseat can be. You’ll have to read more to get that one.

I’m one of those cornballs who loves making New Year’s Resolutions. I like to break them up in chunks and sprinkle them throughout the year but I find great joy in tackling all areas of my life. Including motherhood. I think I’m great mom, but I would LOVE to be a better mom. And so I’ve vow to be one.

People are going crazyyyyy over that Similac commercial. Have you seen it? It has created quite a stir in the mommy/parenting world.

What are your thoughts on it? I’m still processing my thoughts. I am not highly offended by it nor do I think it is dead on and hilarious.

Q: Did you ever cosleep with Elle? Do you recommend it?
A: For a little while. She slept with me for about a month. Shortly after, I realized that we both slept poorly. She’d toss and turn which of course made me toss and turn. I tried putting her in the bassinet in our room, and she slept beautifully! And so…no more cosleeping. I didn’t miss it. I never slept well with her being in the bed because I was always fearful that she’d fall out of the bed or that I’d roll on her. She did sleep in our room for 9 months but that was mostly because I was afraid of her being so far away. In the next room. Ha! Cosleeping has many benefits. Especially for breastfeeding moms. But it isn’t for everyone. Am I desirous of having a toddler in my bed? Absolutely not. I am somewhat thankful that Elle isn’t a huge snuggle bunny. She likes sleeping in her own space and guess what? So do I. In the mornings, she jumps in our bed for quick snuggles and she tends to sleep in our bed when she’s sick but that’s about it. Some kids and parents, however, love the snuggles and don’t mind sharing the space and for those families, cosleeping can be wonderful! I didn’t want my children to be heavily dependent on only being able to sleep with us because I knew that at some point they would have to go to daycare or be babysat by someone. As a former babysitter, trying to get a kid to sleep that is used to having a warm body next to them is absolutely difficult. Plus, come on…how are mama & daddy supposed to do “love thangs” with a sleeping kid all up in the bed? No gracias.

Did you or would you ever cosleep with your children?

« She Inspires: Patrice – The Mechanic in Heels
My First Ever Facial at T-Secret »