FTC Disclosure: We received media passes for this event but all thoughts and opinions are my own.

I’m so old that I remember when Hollywood Studios was called MGM Studios. Before you judge, remember, I’m a native Floridian who grew up spending her summers at Walt Disney World parks back in the 80’s and 90’s. I am from the era where rides like The Great Movie Ride were big and the Honey, I Shrunk The Kids Movie Set was a MUST DO every time we visited. 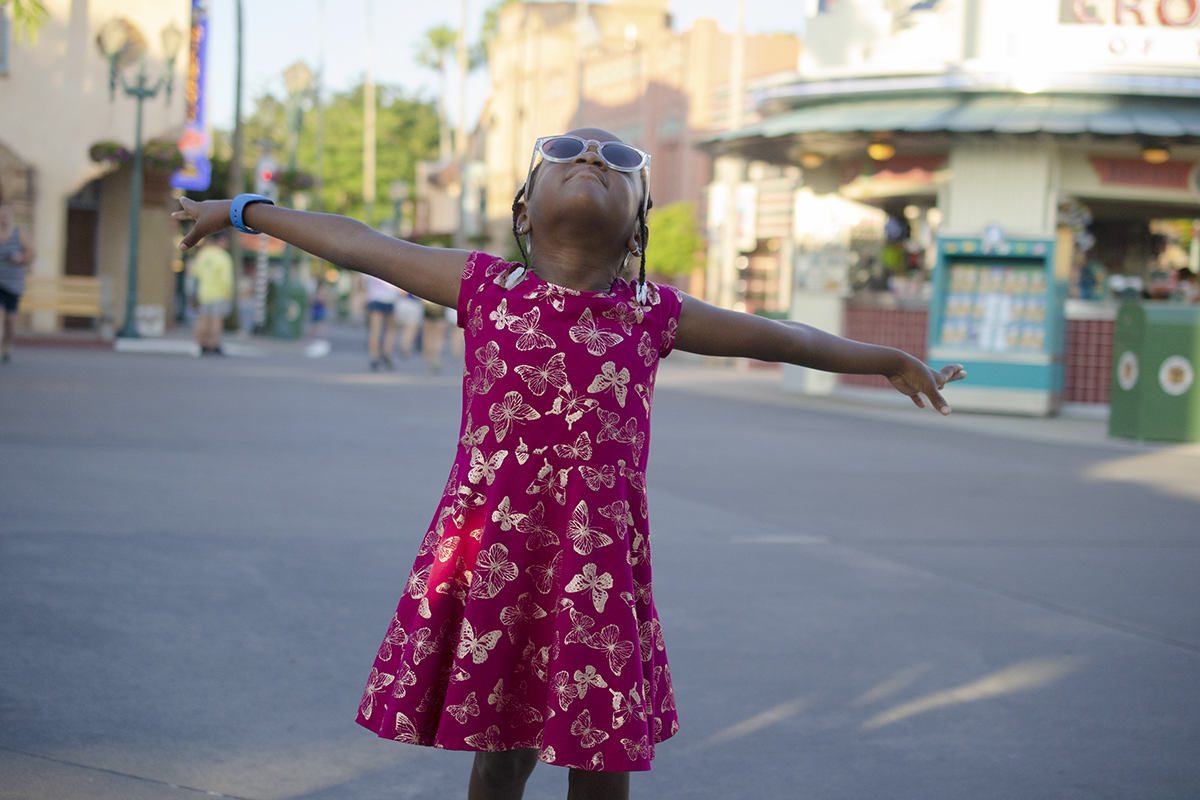 Hollywood Studios brings about so much nostalgia for me and can I be honest? There are so many things that I miss! I get it. Things have to change and whenever Disney replaces something, they usually ALWAYS give us a much better experience. So I shouldn’t whine, right?

In September 2018, our family was invited to a familiarization trip to explore Toy Story Land at Hollywood Studios. I was beyond excited! Toy Story Land exists at Hong Kong Disneyland and Shanghai Disney Resort but this was the first time it was landing in the U.S.! 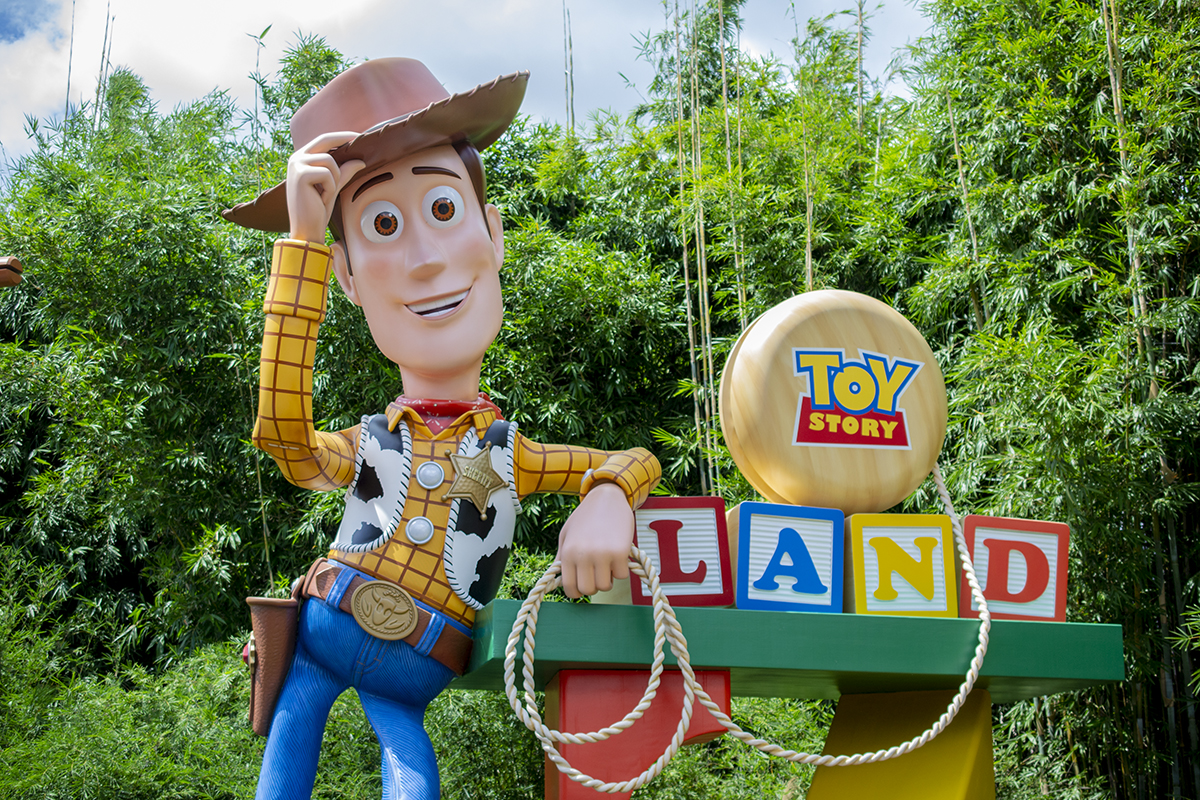 Toy Story Land at Hollywood Studios initially opened up in June 2018 and yours truly didn’t make it out because uh…well, I don’t do theme parks in the summer. Ever. I also knew how popular Toy Story Land was going to be and I wanted to give it a few months before I made my way out. Granted, it was still blazing hot in September but aside from that, we had a great time.

What’s there to do in Toy Story Land?

Toy Story Land gives visitors the impression that they are shrunk down to the size of a toy. This is apparent the second you walk into the area. Everything is HUGE and captivating. You’ll see Andy’s footprints and recognize a ton of characters from the movies. 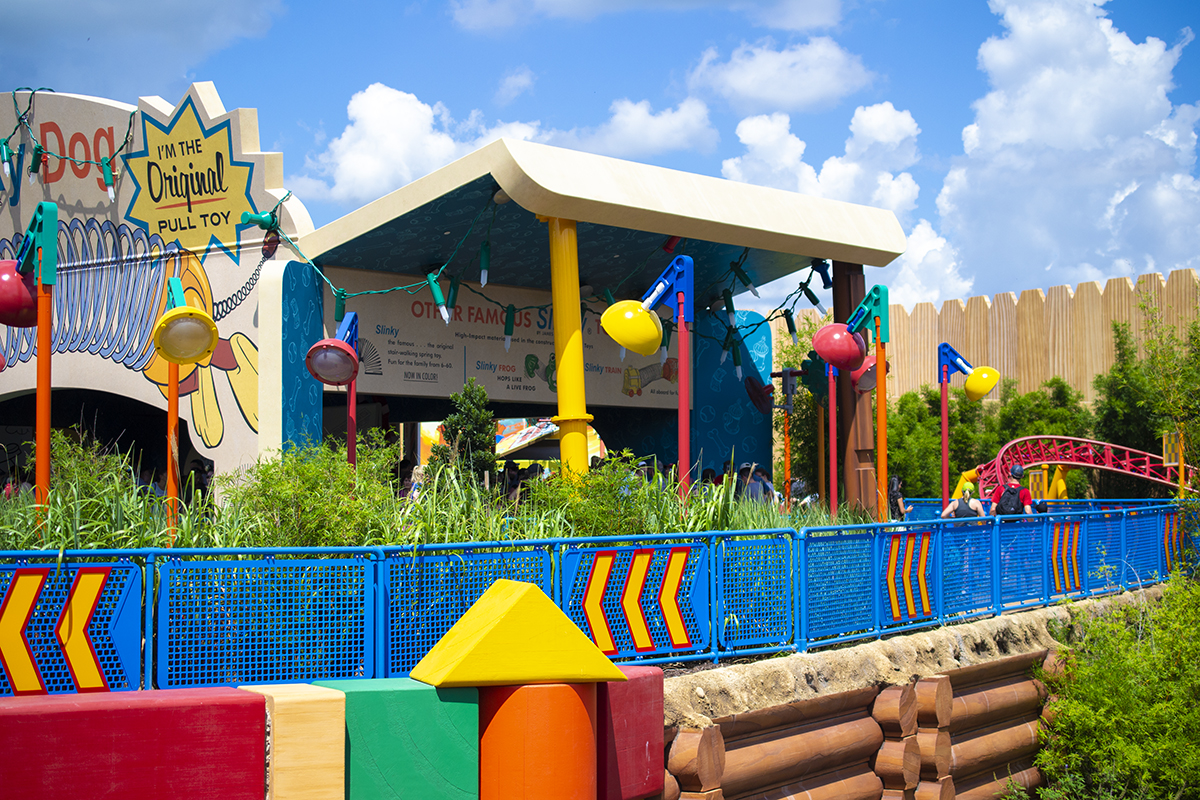 Slinky Dog Dash Rollercoaster – This is probably the most popular ride and for great reason. It is a family rollercoaster so don’t expect MASSIVE drops. 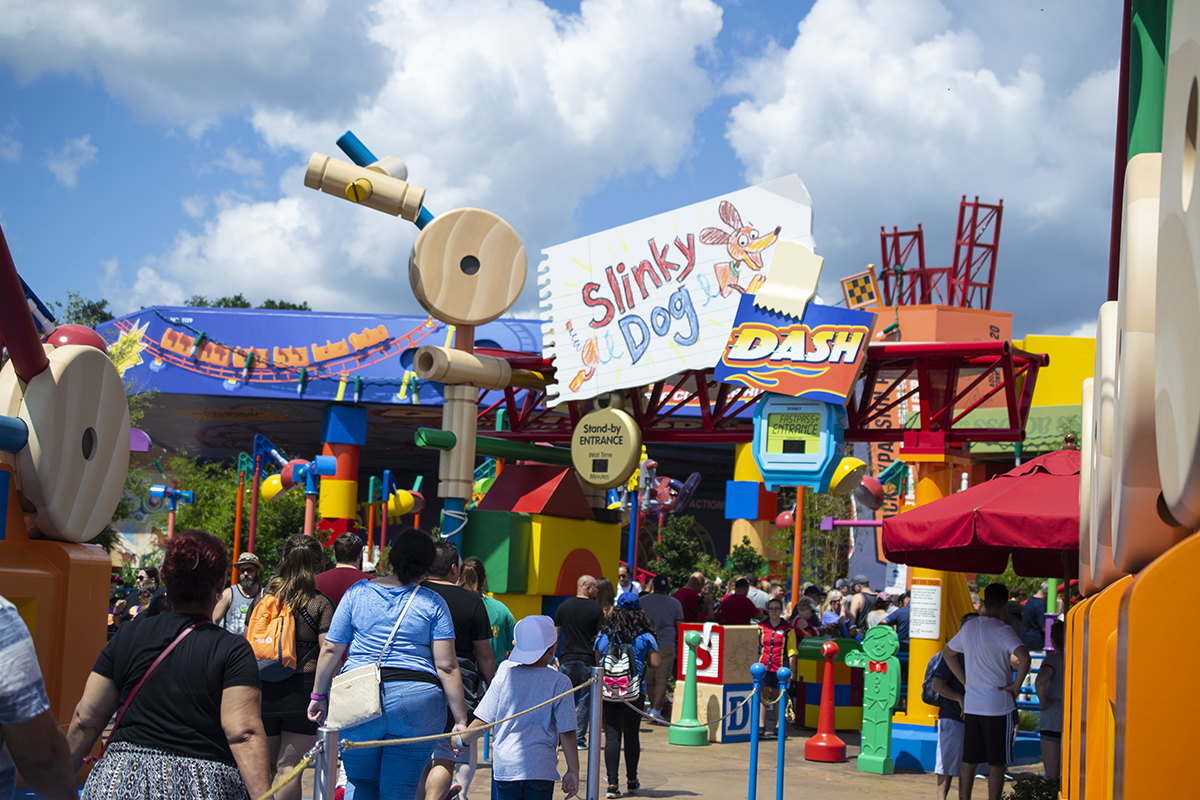 Elle had a blast on this one and if you don’t FastPass anything else at the park, you’re going to want to FastPass this one. The wait time is pretty long since it’s the most popular ride in the park. 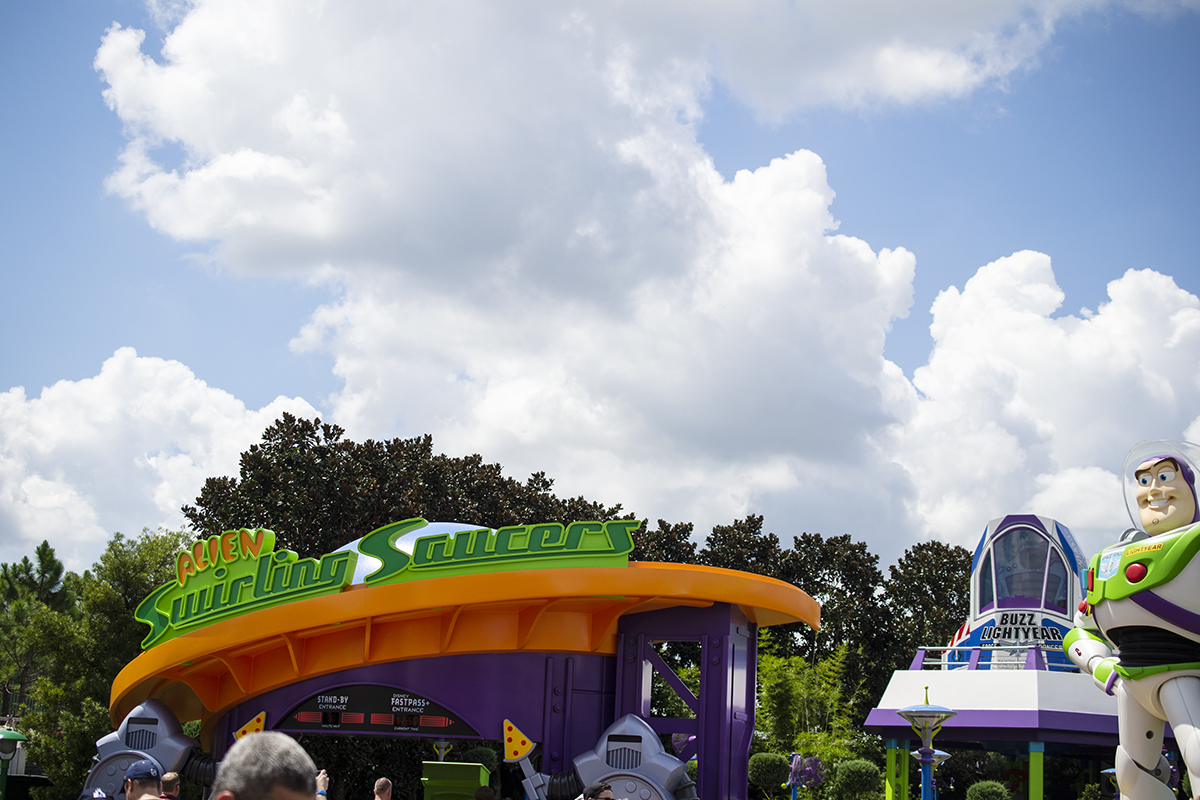 This one is FUN. You can’t stop yourself from laughing because those saucers go pretty fast. It’s perfect for littles and isn’t so intense that they’ll get dizzy easily.

Not to mention, there is a giant Buzz Lightyear outside of this ride that cracks jokes.

Toy Story Mania – This is a 4D ride where you compete with other riders in a shootin’ game full of carnival lights and sounds. This ride already existed and was refurbished. The lines here aren’t so long so if I recommend you do anything FIRST it would be this one.

What about the noms?

Toy Story Land has one restaurant that is centrally located. Woody’s Lunch Box has lots of yummy breakfast and lunch/dinner options. 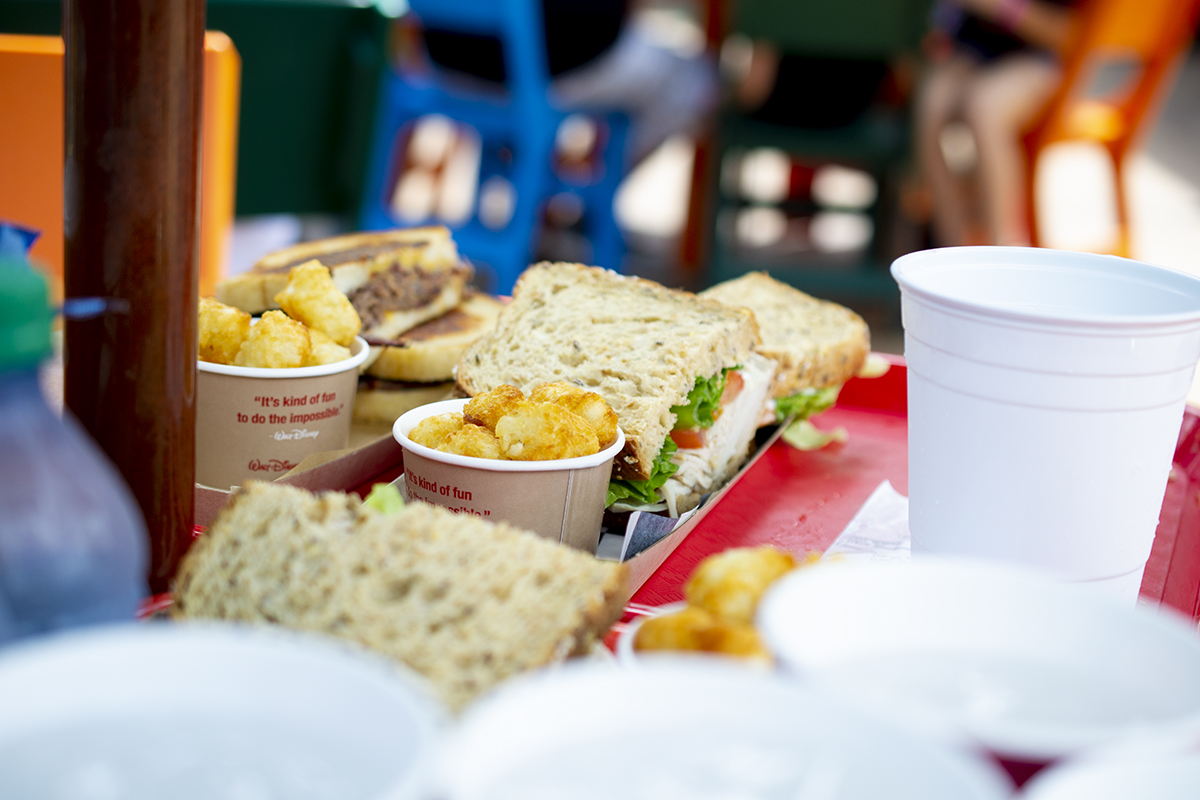 From sandwiches to desserts and yummy specialty drinks in souvenir cups, chances are visitors will find at least something here that they will enjoy. Also, there are a ton of alcoholic beverages for the adults! TIP: The line here can get long. Do yourself a favor and place a Mobile Order via the app. 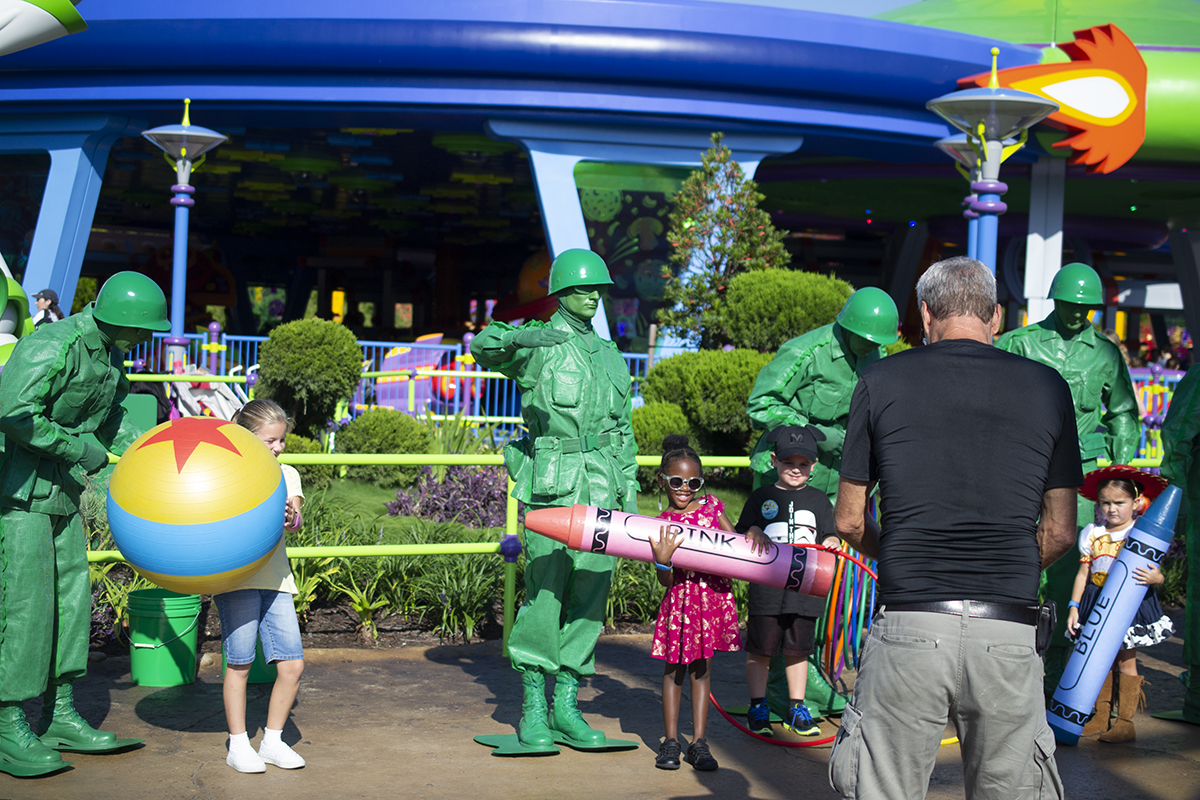 They rolled through every 15-30 minutes and had a ton of fun and engaging activities for kids to do.

There is very little shade in Toy Story Land. I noticed this IMMEDIATELY. When that Florida sun starts blazing down on you, it’s imperative to find some kind of shade. You won’t find it in Toy Story Land. There are a few umbrellas around the area but I didn’t find them helpful. Especially during thunderstorms. The coolest place to be? I found the restrooms and Toy Story Mania to be the more shaded areas. For this reason alone, I highly recommend making Toy Story Land the beginning or very end of your day. Preferably the end. 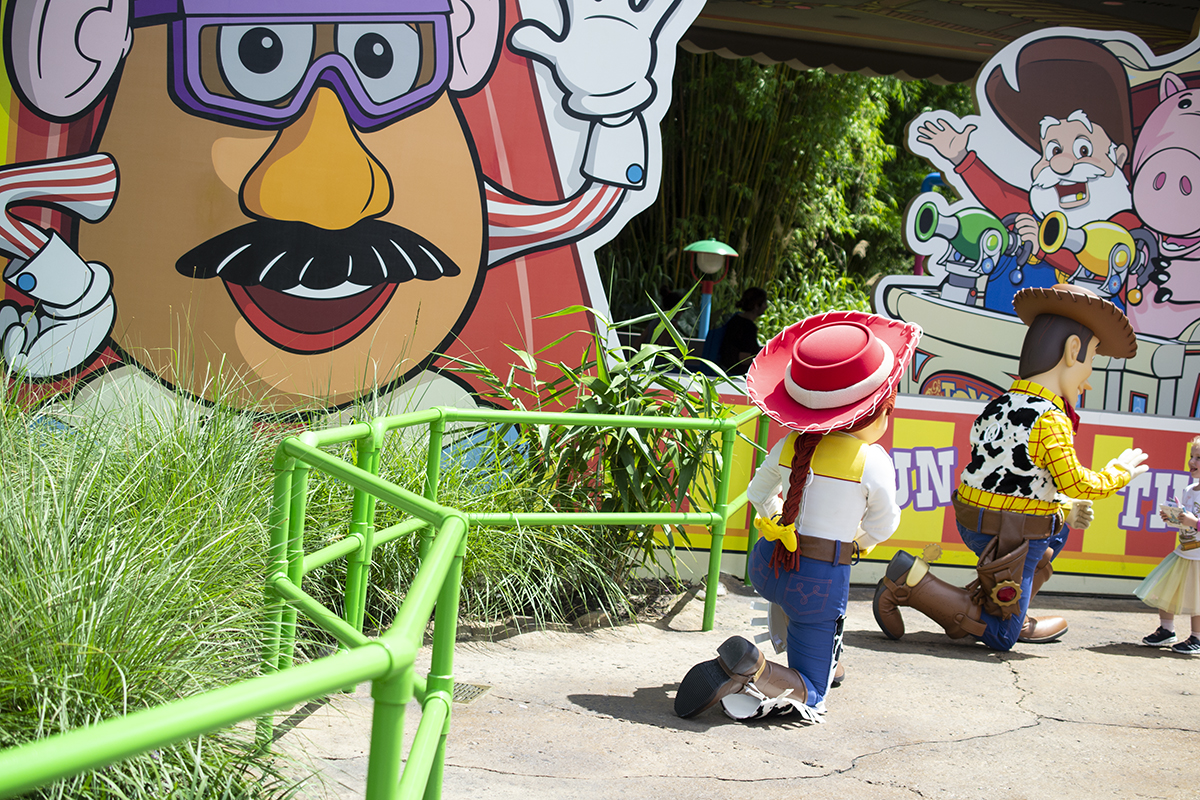 I wouldn’t consider the long wait times to be a con because that’s to be assumed when a new park/ride opens up. Give Toy Stoy Land a good year and consider visiting during the offpeak season and this may not be a problem.

Check out our little video of our fun time during this FAM trip! I’m happy to answer any other questions you may have about Toy Story Land!

FTC Disclosure: My family was invited out my Disney to experience Toy Story Land. Our lodging, meals and park tickets were provided to us but all thoughts and opinions are my own.