I’ve done a lot of crazy things in my life. From spontaneously moving across the country to marrying a dude I met off of the internet and eating my placenta, I rarely shock myself anymore. My friends are used to this and often laugh at my antics. When I came up with the idea to take EB on an “Almost Big Sister” trip to Walt Disney World while pregnant, no one tried to stop me. And they should have. 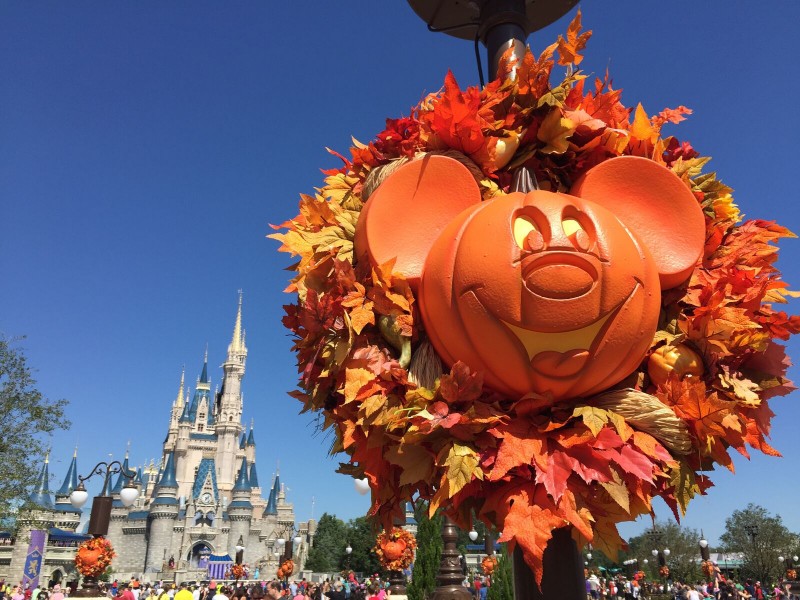 Because that was by far the craziest thing that I’ve ever done. No overly pregnant woman should be waddling around Walt Disney World. But this post isn’t about why you shouldn’t do it. I’m going to highlight our up’s and great experiences while casually noting how much BETTER they could have done if I weren’t so you know…pregnant.

I haven’t visited this park in ages. I think it’s one of the most forgotten about parks but really there is so much to do. From the Kilimanjaro Safari ride to the Lion King performance, Animal Kingdom is the park to go to when you really like seeing animals up close and personal. Did we do any of these things during this trip? 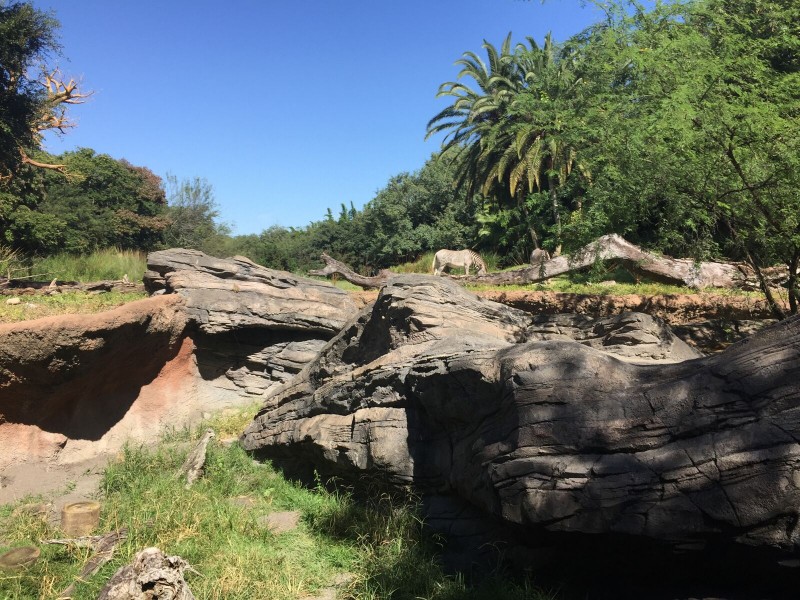 Well…no. Wait times were so insanely long and color me surprised because hello, it’s mid-October! It’s outside of tourist season so why were so many people in the park? Your guess is as good as mine. Our plan is to return to Animal Kingdom in early 2016 so we’ll be back, for sure!

Also packed beyond belief, Magic Kingdom is anything but magical when it’s crowded. Keep in mind, this is coming from a spoiled local who has no interest in waiting in lines for 20+ minutes. By day, Magic Kingdom was bumper to bumper with wait lines for everything from the restrooms to restaurants and rides. Around this time, EB had a fever that spiked, Mama’s legs were sore and I think we were all in need of a nap. 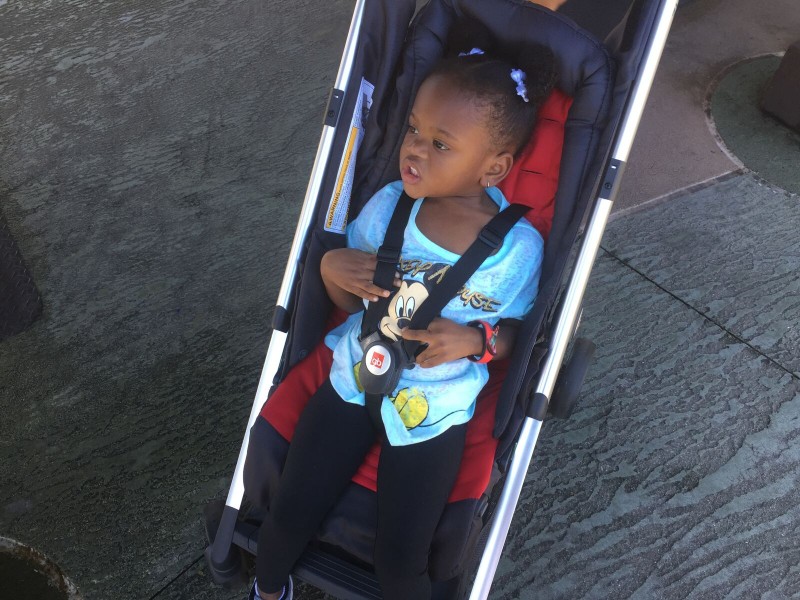 This is was my first time using the Magic Bands and whoooa, these babies are cool. Not only do they act as tickets, but they also grant you entrance into your hotel room if you are staying at a Walt Disney World resort. If there is a credit card attached to your band, it can also act as a “wallet” that enables you to make purchases at the parks. 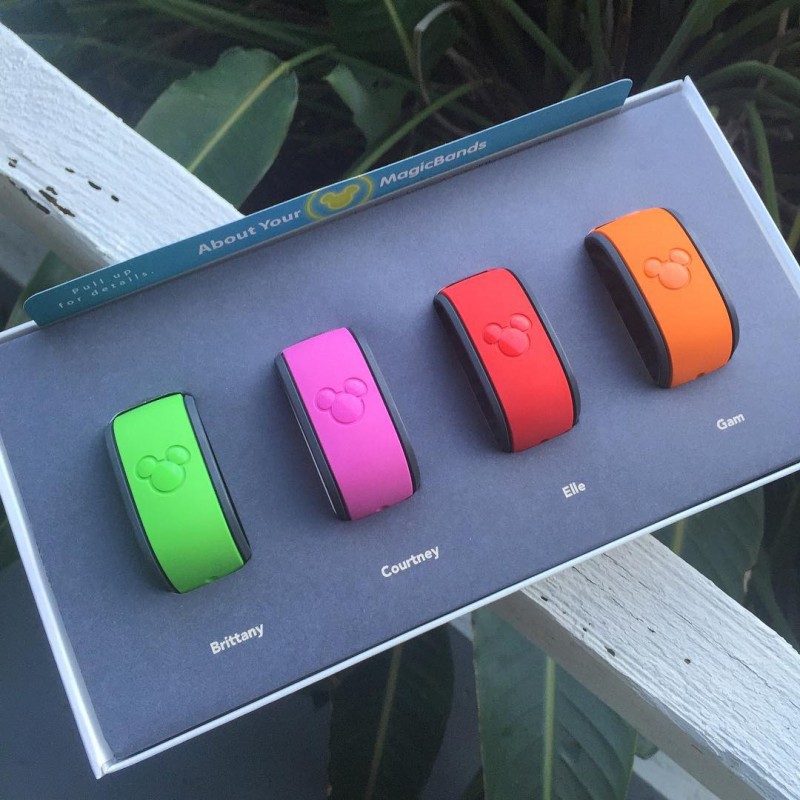 This can be very dangerous if you have self-control issues. It’s FAR too easy to abuse. But in a fun way.

Looking for a budget-friendly option? Disney’s All Star Resorts (Music, Sports and Movies) are pretty affordable, comfortable and have great amenities that are targeted to those who are traveling with children of all ages. They are visually attractive resorts with transportation to all of the parks and checking-in couldn’t be easier. I did everything either online or via the My Disney Experience app. I never stepped foot into the main office as I was able to check-in on my phone and then head straight to the room. LOVE!

Magic Kindgom, by night is a different story. While the crowds may be still be hefty, what you have to your advantage are those preparing for the Electric Parade and Wishes fireworks show. People will literally camp out hours before the events. This brings the wait times for rides down significantly. EB was able to get on 3 rides with my Grandma Clumps and my sister. 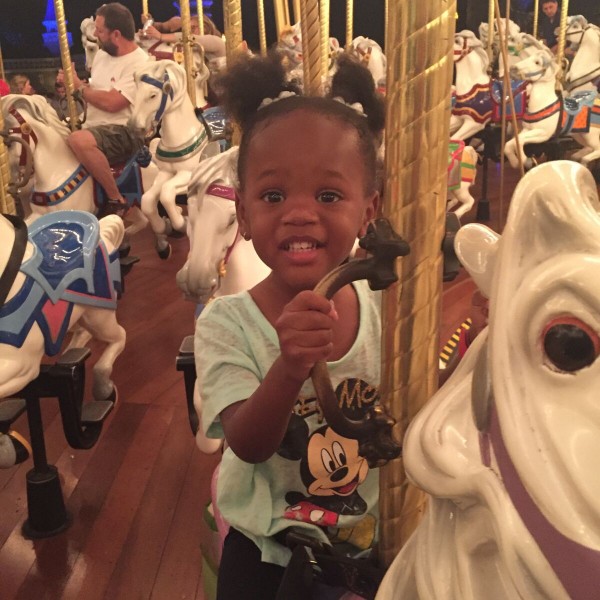 The weather was crisp and cool and we had a glorious dinner right before the fireworks show. 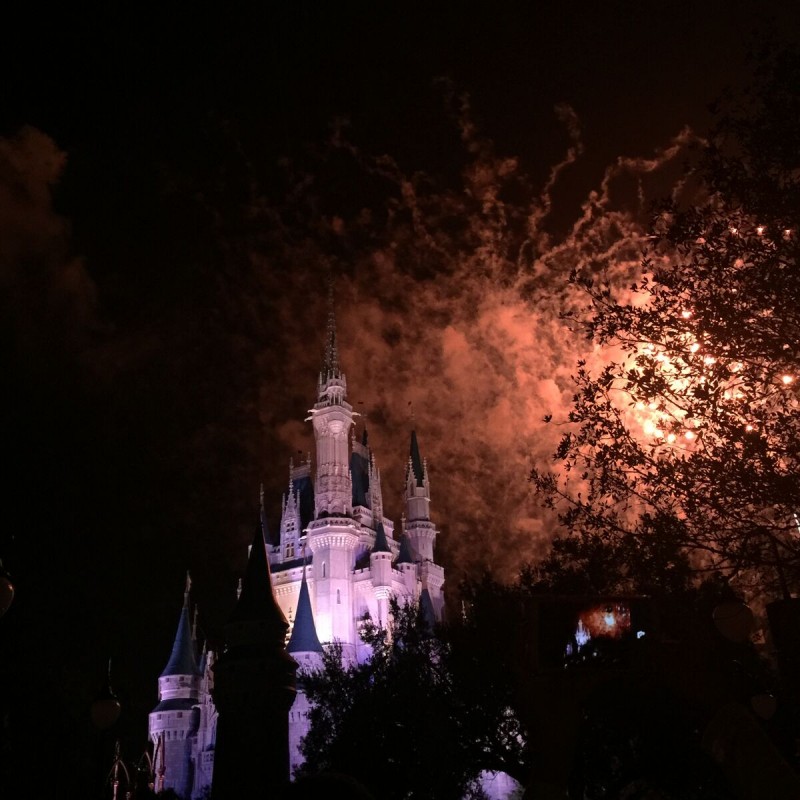 Oh, and those fireworks are just…wow. They’re pretty spectacular. The 3D show that is displayed on the castle is entertaining and mesmerizing for little kids and big kids alike. My Mom couldn’t stop ooh’ing and ahh’ing. Finding a spot for the fireworks is tricky and if you think you’ve found a decent spot, think again because it’s very likely that Cast members will tell you that you can’t stand there. This happened to us a few seconds before the show started and we were left scrambling for a good viewing point. It put an entire damper on the show but hey, I guess this is why people camp out hours before the show, right?

Was it worth it?

Well, you know…considering EB just wasn’t feeling well, I can’t say that she had the best time. I’m glad we were able to get a few smiles out of her but our trip in January of this year was SO much more fun. I am now thinking that the best times to visit the parks as a local is in January and February. The weather is comfortable and tourists aren’t so plentiful. We’ll aim for this again in February. Taking my girl to WDW was on my “Before Baby #2” checklist and I’m happy to check it off.

Actually, it is! Not only are wheelchairs and ECVs (electric wheelchairs)  available at all of the parks, but there are courtesy wheelchairs at the resorts and bus stops. If you were physically incapable of walking, you’d be fine because rolling around is an option just about everywhere. Now – ATTEMPTING to wheel around crowds is a different story. Hydration is key for everyone but especially for pregnant women so I found myself gulping down over 100 oz during our day at the parks. I was sore the next day but you know, when you’re pregnant, when aren’t you sore? If your midwife or OB approves you to go, it is certainly possible and can be fun. Crazy? Definitely! But fun? Absolutely!

Disclosure: I received media tickets to attend Animal Kingdom and Magic Kingdom. Lodging and extras were spent with my own pennies – all thoughts and opinions are my own.